Gerard Butler the shirtless wonder in ‘Playing For Keeps’ 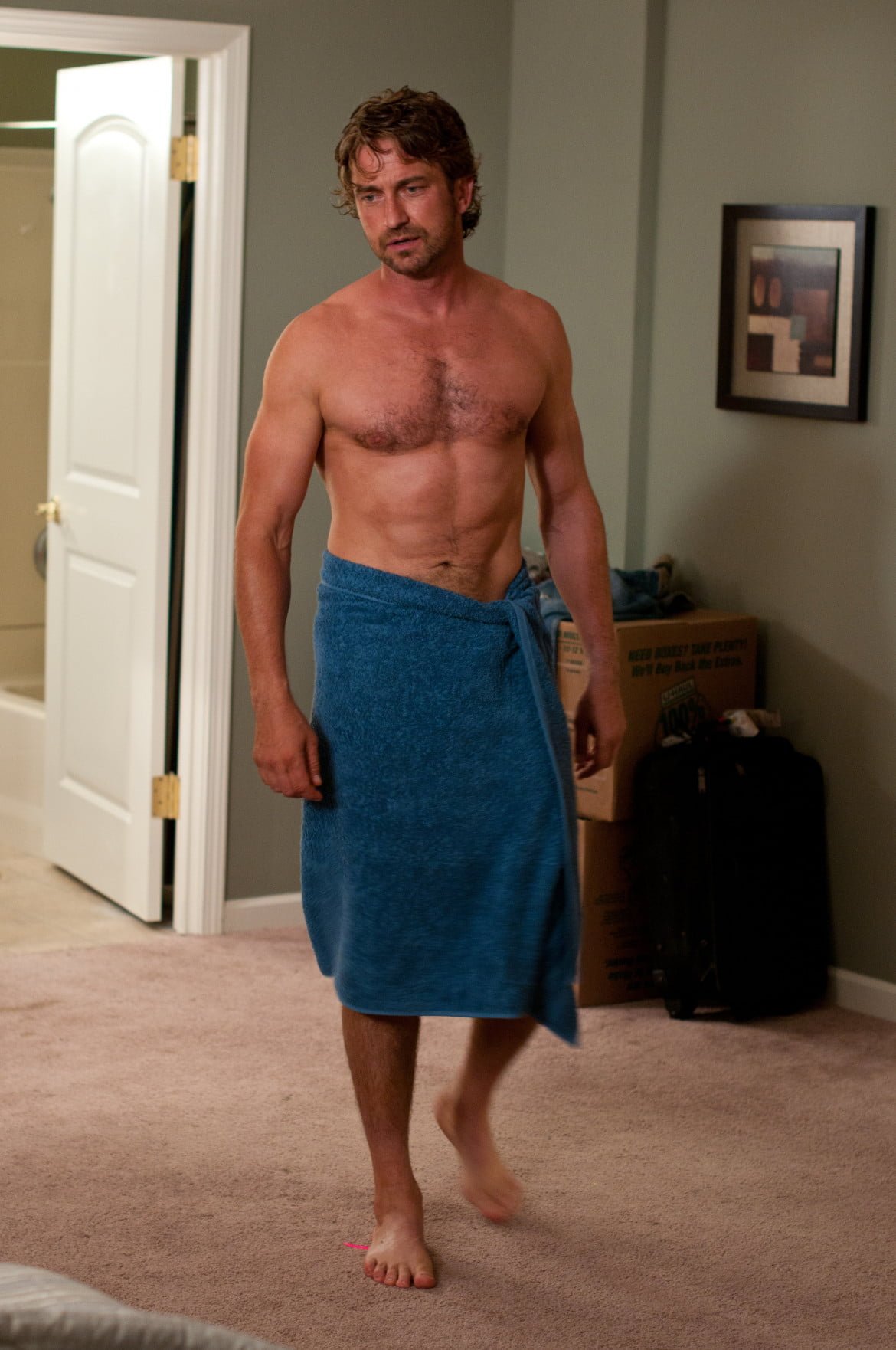 Earlier today I interviewed Gerard Butler for his new film, Playing For Keeps, where he plays an ex-pro soccer player who is trying to reconnect with his son, and inadvertently becomes the local kids soccer coach.

For Gerard Butler’s fans, they probably won’t complain about the fact that he’s not only charming in the film, but there’s also a brief scene where he’s standing in just a towel, and we’ve got the picture for your greedy little eyes.

Playing For Keeps opens in theatres on December 7th.

Synopsis: Gerard Butler, Jessica Biel, Uma Thurman, Catherine Zeta-Jones and Dennis Quaid star in Playing For Keeps, a romantic comedy about a charming, down-on-his luck former soccer star (Butler) who returns home to put his life back together. Looking for a way to rebuild his relationship with his son, he gets roped into coaching the boy’s soccer team. But his attempts to finally become an “adult” are met with hilarious challenges from the attractive “soccer moms” who pursue him at every turn. Playing For Keeps is directed by Gabriele Muccino, the director of The Pursuit of Happyness.

So if u interviewed him, where’s the interview cuz there’s not one posted here!!

Generally, I can’t post an interview the day after it happened. I usually run them closer to the release, but you can expect a preview next week, and the whole article the following week.