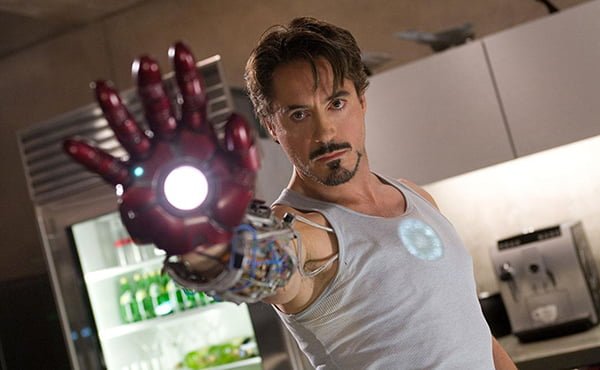 Blockbuster season officially kicks off with the release of one of this year’s biggest action adventures: Iron Man, starring the acerbic Robert Downey Jr. as Tony Stark. Joining the film at the box office is the historical drama Fugitive Pieces; Patrick Dempsey latest romantic comedy, Made of Honor; and the dark documentary, Taxi to the Dark Side.

Iron Man
Forget about the capes, the tights, and the aliens from other planets. This Friday, May 2, a real hero arrives in theatres.

Directed by Jon Favreau, and co-starring Gwyneth Paltrow, Terrence Howard, and Jeff Bridges, Iron Man is set to be one of the biggest action films of the year, and officially kicks off the blockbuster season.

While Iron Man is not one of Marvel’s greatest heroes, having Robert Downey Jr. play the role of Stark is a stroke of genius that lends this film a lot of credibility. Without even trying to, Downey captures the wise guy attitude that makes Stark so much fun, and Favreau knows how to put the actor to good use.

The reviewers have been giving the film lots of positive press, and Todd McCarthy of Variety said in his review that “Downey invigorates the entire proceedings in a way no other actor ever has in this field.”

Fugitive Pieces
Debuting as the opening film at the 2007 Toronto Film Festival, Fugitive Pieces is an emotional drama about a boy growing up in Poland during WWII, and how the tragedy of his childhood affects him throughout his years.

Based on Anne Michael‘s book of the same name, Fugitive Pieces was written and directed by Jeremy Podeswa and stars Robbie Kay and Stephen Dillane as Jakob Beer at two stages in his life.

While none of the reviews for Fugitive Pieces have been entirely glowing, Peter Howell of the Toronto Star called the performances “above reproach, especially Robbie Kay as young Jakob. His sad eyes gaze upon a world he is too young to grasp and a fate too cruel to believe.”

Made of Honor
Patrick Dempsey appears to be one of the latest leading men trapped in the land of romantic comedies. In Made of Honor he is Tom, the unfortunate victim of his own friendship with a woman he loves.

When Hannah, played by Michelle Monaghan, goes away for six weeks, Tom finally realizes just how he feels about her and plans to ask her to marry him when she gets back from her trip. Tom is of course stunned when she comes back already engaged… and she asks him to be the maid of honor.

A lot of filmmakers seem to be able to get a film greenlit just because they’ve taken a standard plot and twisted it up a bit, but critical reaction usually suggests the result is anything but stunning. Made of Honor is no exception, eliciting a chorus of bad reviews which call the film derivative, and boring.

The only positive review to be found came from Owen Gleiberman of Entertainment Weekly who agreed that the film was a “cookie-cutter comedy”, but added that “Dempsey, with his relaxed charm, and Monaghan, with her soft and peachy sensual spark, rise to the challenge of making friendship look like the wellspring of true love.”

Taxi to the Dark Side
Also arriving this week in select theatres is the Academy Award-winning documentary which examines current American practices of torturing political prisoners who have been captured in the Middle east. Focusing on Dilawar, a cab driver in Afganistan who was killed when he was tortured, the film is a tough examination of one of the Bush administration’s most criticized policies.