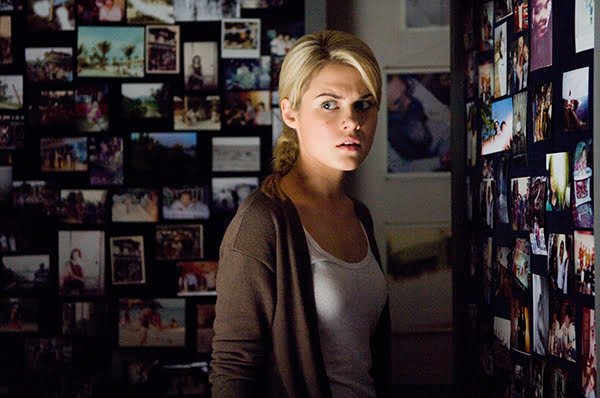 Sometimes as I prepare my thoughts for Film Friday I have to look at the screen and make sure I’ve read everything right. Taking a look at this coming weekend I really have to scratch my head and wonder if everyone might just want to spend some time outdoors rather than wasting time at the moving picture shows. Out of all the films headed to theatres, there is at least one gem in the comic poker film, The Grand. Other less hopeful new arrivals include Married Life, Shutter, Meet the Browns, and Drillbit Taylor.

The Grand
In the high-stakes world of professional poker, six players descend on a tournament and try to win a spot at the final table of the Grand Championship of Poker. It could just as easily be a drama as a comedy, but The Grand gives poker the comic treatment complete with all the classic stereotypes, and told as only a mock documentary can tell it.

With stars Woody Harrelson, Hank Azaria, Shannon Elizabeth, and Werner Herzog, the film has a fun cast that reviewers are calling “a treat,” but not all of the critics are being completely kind. There are more than a few suggestions that the plot is often utterly clumsy.

It is also worth warning readers that the film was written, produced and directed by Zak Penn, who also helped write underwhelming disasters X-Men: The Last Stand and Elektra. The Grand will still leave you laughing though, and the casting is truly inspired.

Married Life
Melodramas are a bit hard to come by these days, but in Married Life we get a taste of murder, romance, and a dark comedy served with another brilliant cast. The very talented Chris Cooper, Pierce Brosnan, Rachel McAdams, and Patricia Clarkson star in this tale of a husband attempting to find a way out of his marriage after meeting a stunning younger woman.

With Cooper and Clarkson as the married couple, Brosnan as the best friend, and McAdams playing the comely vixen, the film has an almost perfect cast. Married Life also brings together elements of a good, old-fashioned whodunnit, with tender drama, all at the same time.

Whether you enjoy the film or not may depend on whether you can forgive the number of film styles that get jumbled together here. The reviews are fairly positive, and as Roger Ebert of the Chicago Sun-Times said, “You may not like it if you insist on counting the deck after the game and coming up with 52. But if you get 51 and are amused by how the missing card was made to vanish, this may be a movie to your liking.”

Shutter
For the love of all that is good in this world, how do these horror remakes keep getting greenlit? The concepts are so paper-thin that it is almost laughable to think of a film executive agreeing to finance such projects, and yet they keep coming out, and apparently people keep going to see them.

Shutter is based on a Thai film about newlyweds who find spirits are appearing in their photographs. As they dig deeper they realize that something bad is going on, and it is not long of course before the bad things start showing up in person.

Starring Joshua Jackson and Rachael Taylor, I have no doubt that the film will do well enough this weekend thanks to the number of people who just want a quick scare. Based on the cast and filmmakers though, I’m betting this is just another wannabe horror film hoping for the success of The Ring.

Tyler Perry’s Meet the Browns
There is credit to be given to writer, director and actor Tyler Perry, who seems to have a gift in drawing audiences for tales that offer intense, vibrant characters. In his latest film the story follows a single mother as she discovers that she has a lost side to her family that she never knew she had. With her life in shambles in Chicago, she heads to the South to meet her newfound family, who may not exactly be happy to meet her.

While Perry has a distinct skill in character depth, I personally have never liked his style. Most of his stories feel like jumbled conversations with adjoining plots, and more often than not the dialogue is laughable. The film stars Angela Bassett, Jenifer Lewis, and of course, Perry.

Drillbit Taylor
Last, and certainly least of all, Owen Wilson stars as a bodyguard to high school losers in Drillbit Taylor. Directed by the same guy who brought us Mr. Deeds, co-written by Seth Rogen, and produced by the hit-and-miss Judd Apatow, the film is sure to offer lots of cheap laughs, but likely only the cheapest variety.