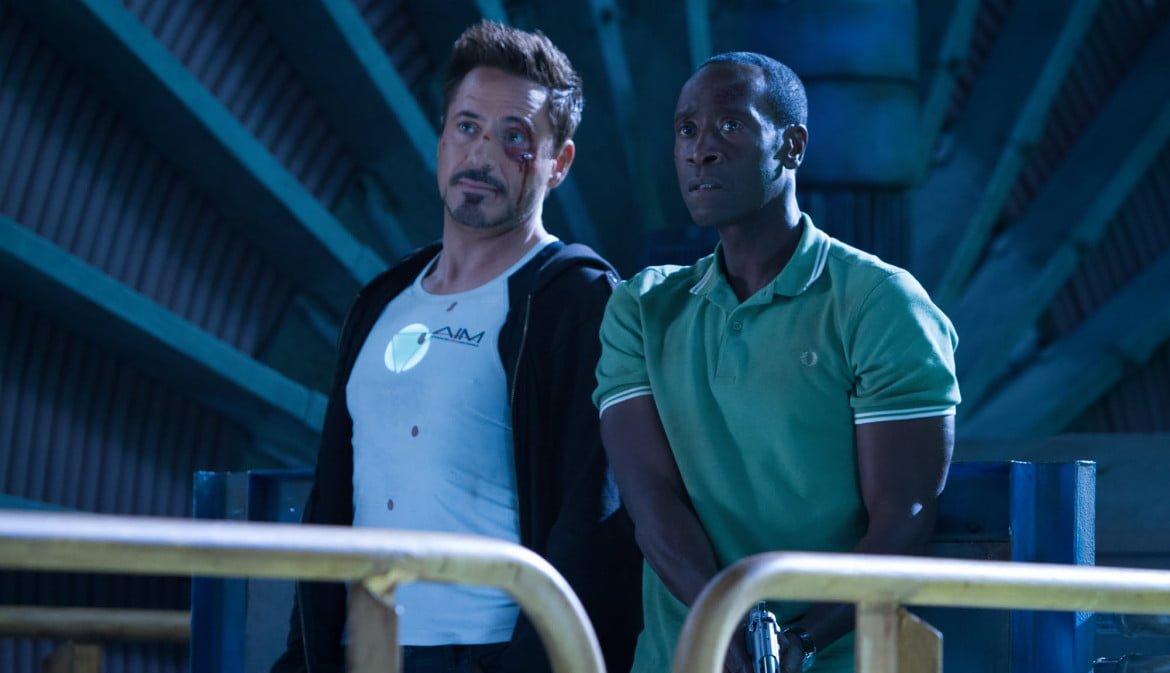 Last week, leading in to the massive debut of Marvel’s Iron Man 3 in North America, actor Don Cheadle made one of his near-final stops on the film’s worldwide publicity tour to chat with press in Toronto, and I was lucky enough to ask him a few questions about his return as Colonel James “Rhodey” Rhodes.

Iron Man 3 is certainly a bit of a divergence from the Marvel franchise, mainly because it feels like an aside to all of the previous films that tied into The Avengers movie that was released last year. Iron Man 3 still follows the events of The Avengers, but the film feels like a very separate movie that doesn’t need to tie too closely into what may come next, and it assumes, probably very correctly, that the audience already knows all about Iron Man. That makes elements of the film feel a lot more relaxed, in some ways, and it gives many of the co-stars a lot more time to shine.

Among the stars, Cheadle has a few major scenes with star Robert Downey Jr, including during the finale as Rhodey ends up switching between Tony Stark’s protector, and the guy being protected by Iron Man.

During the interview, Cheadle spoke about filming Iron Man 3, his input on his character, his thoughts on potential sequels (including what he would hope for if War Machine ever got his own film), and his relationship with star Robert Downey Jr. He also spent a little time speaking about the television series he stars in, House of Lies, which airs on Showtime.

Listen to the interview with Don Cheadle: