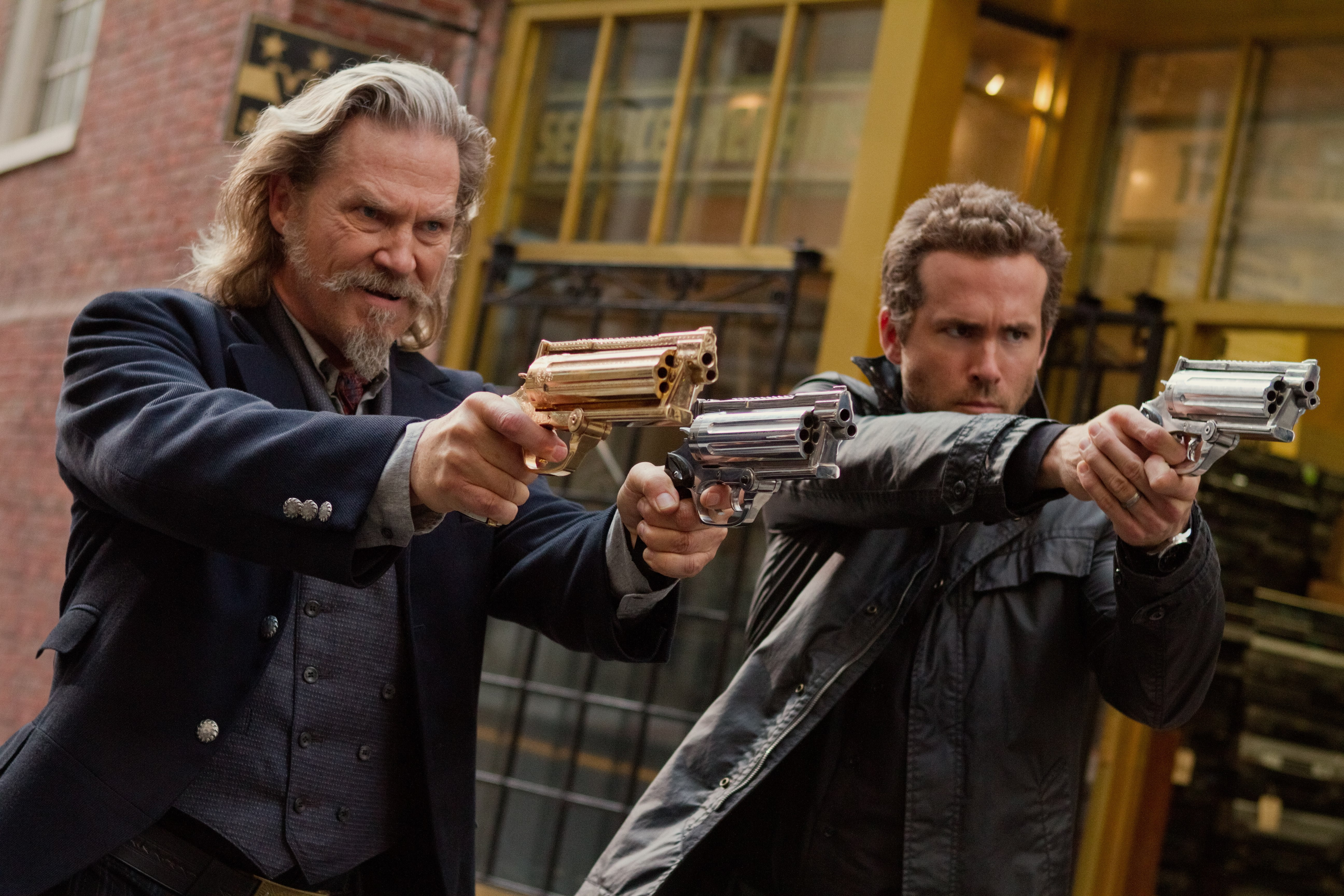 Peter M. Lenkov’s Rest In Peace Department oozes with really fantastic ideas, and that’s probably why Universal Pictures wanted to make it into a blockbuster franchise. The problem with the adaptation is that is misfires at almost every plot turn, and never seems to decide if it’s going to be dark, funny, or just plain weird. That’s also why it’s very unlikely we’ll see a sequel to R.I.P.D.

Ryan Reynolds stars as Boston Police detective Nick Walker, a good guy who slipped up during a recent bust and got involved in something with his partner that is more than a little shady. Unfortunately for Nick, his partner Bobby (Kevin Bacon) quickly turns on him when the opportunity presents itself, and Nick finds himself dead and sitting in front of Mildred Proctor (Mary-Louise Parker) the commander of Boston’s Rest In Peace Department, better known as the R.I.P.D.

Teamed up with the loud-mouthed Roy Pulsipher, played by the scenery-chewing–and fantastic–Jeff Bridges, Nick adjusts to his new career that has him busting dead people who are hiding out among the living. But, when Nick realizes that his death may be part of a much bigger plot, the duo work to stop something that could bring the end of the world.

On the bright side of R.I.P.D., Bridges is phenomenal. He turns Roy into the film’s cowboy star, despite the fact that the story revolves around Reynolds’ character, but Reynolds is not up to the task of leading this film, and the script is not there to support him either.

Don’t get me wrong though. R.I.P.D. is funny, and it is genuinely interesting at times. The film makes hilarious use of the fact that Nick and Roy have avatars among the living, and those avatars are hilarious. The avatars actually steal the show, and that’s part of the problem.

While the mythology of R.I.P.D. is solid, thanks to the comic book series, the film never rises above the concept along. When the “deados”, as they’re called, reveal themselves as actually being dead, the results are plastic and cartoony, which does not work in a film like this. That style does suite what was done in the comic books, but it doesn’t work on the big screen, and it removes any sense of danger from most of the scenes. It’s also hard to care about characters who seem almost completely unkillable–you know, since they’re already dead, and nothing they do actually hurts them, short of getting a supernatural bullet to the face.

I’m sure that when R.I.P.D. airs on TV, I’ll watch it again, and I give big credit to whoever got Jeff Bridges involved, since he is so charismatic as Roy, but I’m tired of seeing Kevin Bacon in this kind of role, and based on director Robert Schwentke’s last film, Red, I’d say that he’s capable of much better than this too.

Generally though, it bodes poorly for a film if the two sight gags–James Hong and Marisa Miller, who play Nick and Roy’s avatars–are the reason you would probably watch a film a second time.

In terms of Blu-ray features, R.I.P.D. boasts alternate scenes and alternate openings, featurettes on how the filmmakers created the visual effects and the “other side”, and a hilarious gag reel. It’s a decent mix of features, but nothing that delves terribly far into the comic book or the film, which is to be expected.