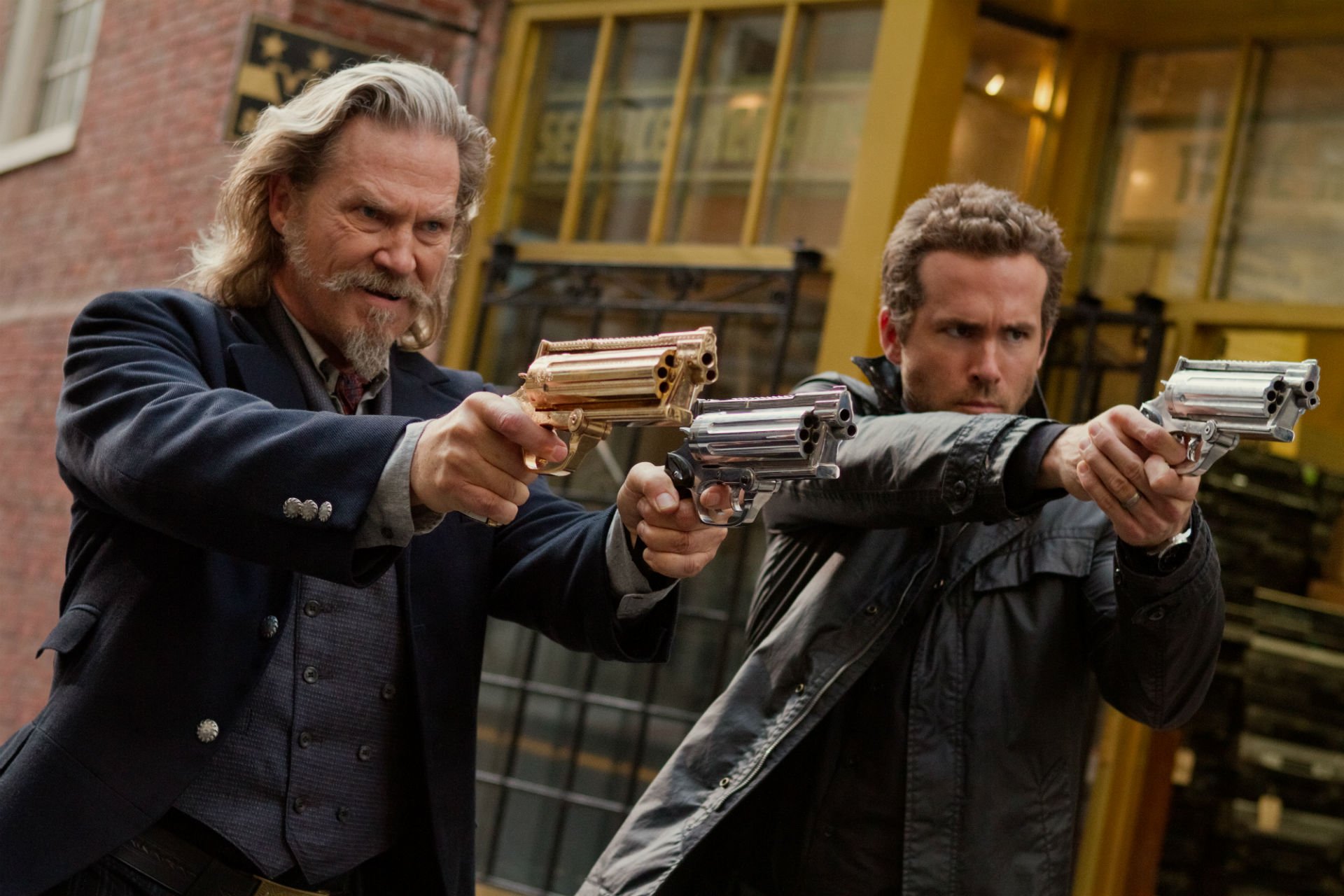 R.I.P.D. exists at the point where Men in Black meets The Frighteners, but leaning heavily towards the MIB side of things. Somewhere in that mix, there is probably a winning combination, but R.I.P.D. only gets it about half right, with a storyline that is more than likely to bomb until it rises again in a few months on Blu-ray.

Ryan Reynolds stars in R.I.P.D. as Nick Walker, a cop who is facing his conscience after he and his partner, Bobby Hayes (Kevin Bacon), pilfered gold from their last big bust. When Nick threatens to turn himself in, along with the gold, Bobby seems to be fine with turning himself in too, until he blows a hole in his partner’s skull during a well-timed shoot out with gang members.

That’s where Nick stops being a cop, and finds himself signed up for the Rest In Peace Department, a supernatural agency that brings in the dead who are still lurking around the land of the living.

Cue Jeff Bridges, who happens to be the best thing about R.I.P.D., as Roy Pulsipher, Nick’s new partner on the other side. As an old-timey law man, Roy does not take any crap from anyone, and Bridges plays him like a drunk Texan with some serious regrets about his death.

When the new duo stumbles on a big case, it’s not long before the two are facing off against major forces of the dead, who are bent on infecting the land of the living too.

Director Robert Schwentke, who previously directed Red (which coincidentally has a sequel that opens today in theatres), makes some smart choices in his direction of the film–like every reveal of Nick and Roy’s alter-egos in the real world, which never fails to get a laugh–but the script is lacking, and the film comes out looking all too much like a supernatural (compared to other worldly) remake of Men in Black.

From the gadgets, the impossible action sequences, and even the feel of some of the effects, R.I.P.D.–whether it was intentional or not–feels like one big homage to MIB, and even when it’s running well, you can’t help but feel distracted by that idea in the back of your head.

Worse than that, Nick is a flat, empty shell of a character who has one interesting element to him: he loves his wife who is still alive, but that is not enough to make us really care what happens to him. Only Reynolds’ acting chops, which are actually decent enough to keep him afloat, make Nick worth watching.

And then there’s Kevin Bacon, who seems to only get one kind of role sent to him these days, and for some inexplicable reason, he keeps accepting these see-through parts. He’s not the worst thing about the movie, but he’s damn close because he’s so obvious it’s almost painful to watch his story unfold.

Bridges has some hilarious, perfect moments in R.I.P.D., and so does Marisa Miller as Nick’s real-world alter-ego. It’s impossible to watch Bridges at work in this film and not be amazed at what he can do with a role, but it’s not quite enough.

I laughed through a lot of R.I.P.D., but I chuckled a lot more. The big special effects during some scenes impressed me too, but in the end, the concept, based on the Dark Horse comic book, never feels like more than a rip off. I suspect the original comic book is a lot more unique than this film, but for whatever reason, the film never claims that distinction.

The world of R.I.P.D. could clearly go on forever, and that’s obviously praise for the comic book mythology, but it wasn’t mined enough to make R.I.P.D., the film, unique enough to stand on its own. Clearly, the filmmakers wanted to make this into a new franchise, but it will do well to even claw back its budget after it comes out on Blu-ray.

For a little amusement, I would recommend R.I.P.D., if the tickets are cheap enough, but otherwise you can just wait for it on home video.