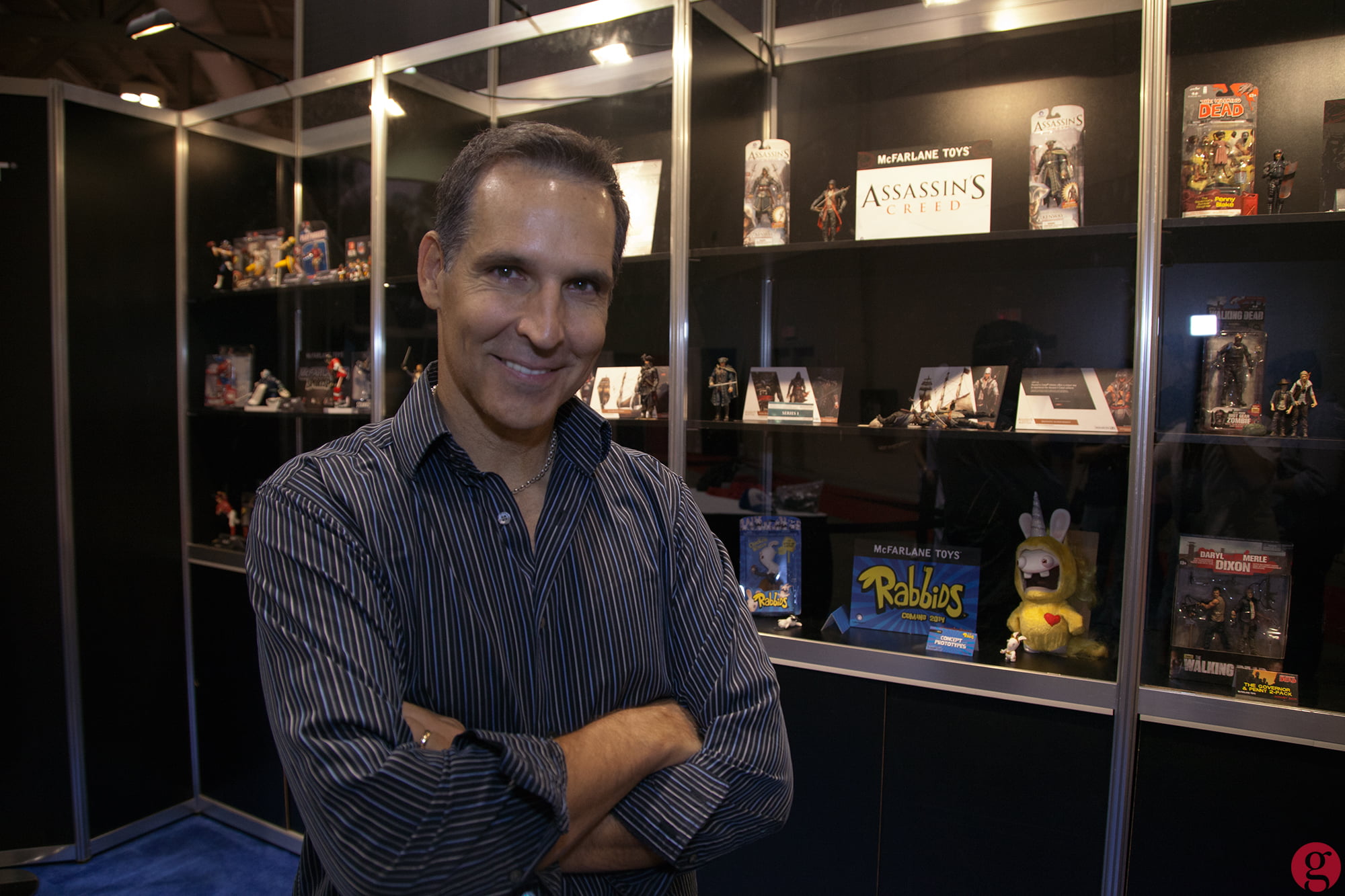 Fan Expo was packed on Saturday at the Metro Toronto Convention Centre, and for any serious comic book or toy fans, one of the big highlights was the free signing by comic book artist and creator Todd McFarlane, who was on hand at Ubisoft’s booth, where figures, statues and toys were on display for his Assassin’s Creed and Raving Rabbids line of toys.

Chatting about his career, and his latest line of toys, McFarlane seemed content to avoid any praise for his photo-realistic creations, and instead questioned how everyone else–for five decades–failed to make realistic-looking toys.

Fans of McFarlane’s Spawn comic book series may also be wondering where things stand for the long-discussed Spawn film remake or sequel, and thankfully McFarlane had a lot to say about that as well.

When I asked him how long we might be waiting for a remake, McFarlane said, “The reality is that I’ve got a lot of pressure. They want me to deliver the script by the end of the year, which would basically mean we’d be shooting next year. So, that’s the goal right now.”

“The thing that keeps slowing it down is that the negotiation I’ve done is I write, produce, direct, but I’ve got to push a lot of my other endeavours off to the side so I can just get tunnel vision on it. And so everybody at my company is now going, ‘We’ve got to find Todd the time to finish all this.'”

In terms of production, the Spawn remake will be a very different film from the original. “I think it’s a 60-70 day shoot,” McFarlane said.

“I think it’s a quick shoot. It’s not going to be a giant budget with a lot of special effects, it’s going to be more of a horror movie and a thriller movie, not a superhero one. I’ve got so many people phoning now that I’ve got to get it done. I’ve made some promises to people this year.”

Finally, I had to ask McFarlane what he thought of the idea of a certain A-list star expressing interest in playing Spawn for the remake.

“You know what, we’ve had some big names–like who you’re mentioning–come to the office and go ‘We want to be in it’,” McFarlane said. “Sometimes they give me their pitch, I give them my pitch, I go, ‘We can get in it, this is how it goes’, and so those types of actors–Academy Award guys–they’re going, ‘As soon as that scripts done, we’re going’. So once we get this thing done, we’ll get it off the ground with some big names.”

Watch the interview with Todd McFarlane below for more from the artist, and expect the Raving Rabbids line from McFarlane Toys in early 2014.