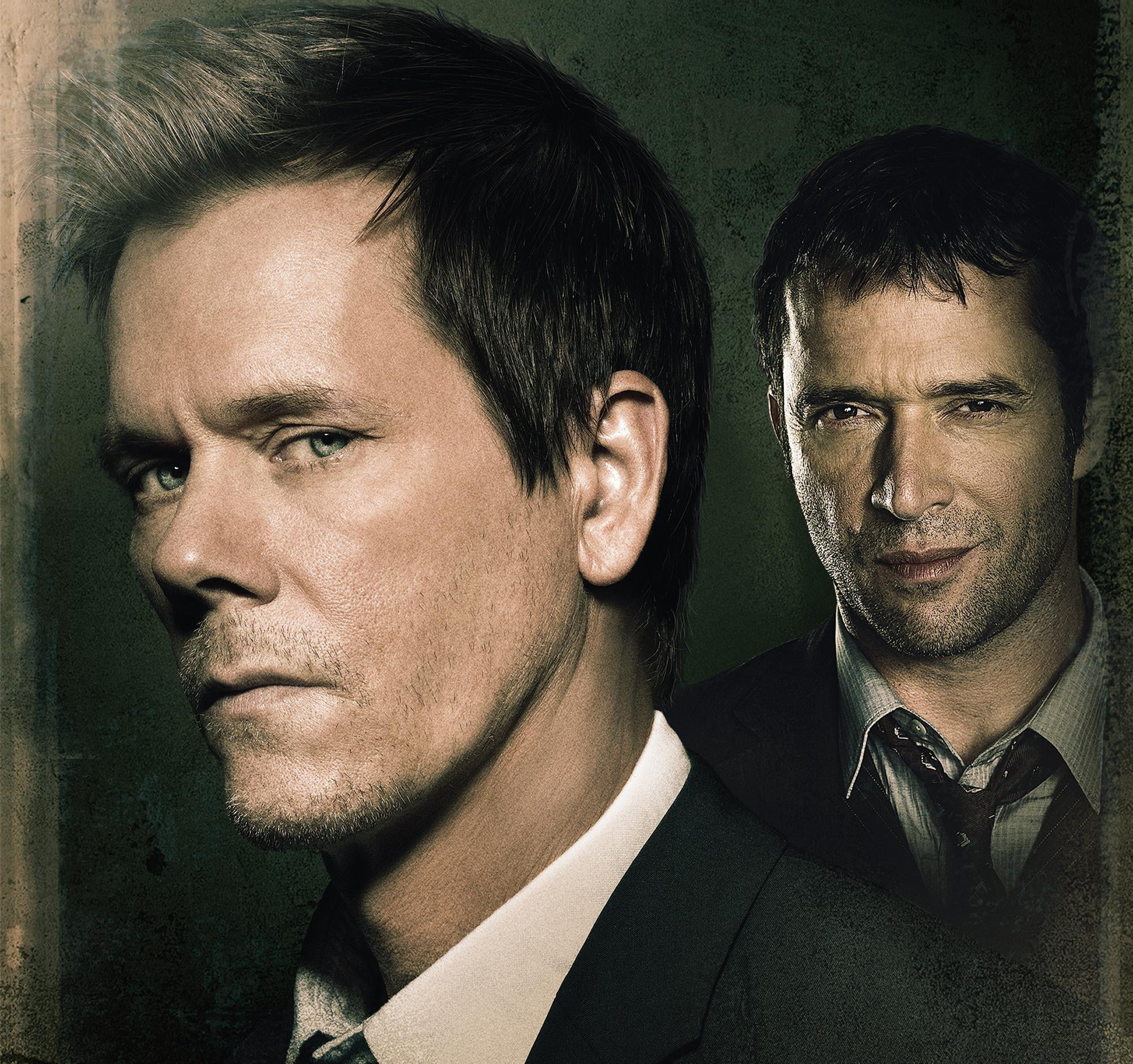 Happy New Year, and welcome to the first new Blu-ray column of 2014. This year’s first edition is essentially dominated by the latest from television–most notably, two Canadian-made series that are well worth mentioning.

In the inaugural round-up of the year, I take a look at Runner Runner, Thanks for Sharing, The Following: The Complete First Season, Being Human: The Complete Third Season, and Copper: Season Two.

Television is rife right now with police procedurals and dramas that tread the line between thriller and murderous horror, and few are as popular as The Following, which stars Kevin Bacon as FBI agent Ryan Hardy, a flawed man trying to bring a vicious serial killer to justice. That serial killer is Joe Carroll, played by James Purefoy, and he’s a slippery devil, but he also has a group of adoring killers surrounding him–carrying out some of his plans, and killing people in carefully structured plots that are part of a larger plan.

Inspired by Edgar Allen Poe, Joe is a charismatic leader who uses his followers to capture his son from his ex-wife, while Joe plots her murder, while also trying to ruin agent Hardy. The show keeps everything lively as well by the trick that Joe’s “Followers” are hidden everywhere, and might even be people quite close to Ryan or anyone at the FBI, and beyond. The reveals of these double-crossers make for some of the most interesting moments in The Following, but that didn’t always make the show interesting enough to keep my eyes from glazing over now and then.

While the show succeeds at being gruesome, frequently, and it’s filled with violence that is a step beyond most other shows in this genre, The Following is laden down by repetitive concepts and tricks, and lacks a truly powerhouse plot. The show is incredibly dank, which is actually a compliment in a way, but the whole concept is not enough to make the show feel as clever as Joe or his plot. Even beyond that, it’s hard to believe that the FBI could really be as stupid as this show pretends.

Horror fans may find some things to like about The Following–or even possibly for police procedural fans looking for something darker–but for others who want to see a show that lives up to this premise, I would much rather recommend Hannibal. By comparison, The Following is a mildly soiled butter knife, next to Hannibal‘s bloody, and well-sharpened butcher knife.

This movie had me more than a little torn. Debuting at the 2012 Toronto International Film Festival, I saw Thanks for Sharing within a couple of days of Steve McQueen’s Shame, which hovers around a similar topic: sex addiction.

The difference is that, where Shame languishes in darkness, Thanks for Sharing takes a moderate approach that has a few laughs, even as it confronts the issues of relationships for people dealing with sex addiction.

It’s not an easy topic, and there are moments that are a little hard to watch, just on an emotional level, but the film’s story, and the character arcs, are far from perfectly written, even if the cast pulls off decent performances despite that fact. Mainly, that’s because there is a strange fight in the story between comedy and drama, and it never really manages to be a proper dramedy, unfortunately, but it’s still worth a watch, especially if you agree with me and count Mark Ruffalo as the embattled main character who is just trying to make things work with an outsider to his issues, with his girlfriend being played by Gwyneth Paltrow.

Despite the fact that I’m drawn to Justin Timberlake and Gemma Arterton, Runner Runner was a film that unfortunately slipped by me in 2013, but if the 9% Rotten Tomatoes score is to be believed, I may not have missed much.

The official line on the film is that Runner Runner is a “high-stakes crime thriller where the lure of easy money is the riskiest bet of all.”

Timberlake plays a Princeton grad who heads off to Costa Rica to take on a gambling kingpin, played by Affleck, who has taken his money through an online poker website. Of course, things do not go well for anyone, especially once the FBI shows up.

Filmed in Montreal for SyFy, the North American version of Being Human is a dark thriller about–I kid you not–a ghost, vampire, and a werewolf–who all live together in a house where their sordid lives frequently turn to bloodbaths.

As the trio–played by Sam Witwer, Meaghan Rath, Sam Huntington–try to sort out their lives, and live to do no harm, they inevitably find harm coming to them in the form of other vampires, werewolves, and assorted supernatural creatures.

Although the premise may sound odd, the series is dark and wonderful, and knows how to make blood and guts fly, without losing a sense of darkly comic humour.

Take a leap back to New York City in the 1860s in the other Canadian television series this week, Copper, which is filmed in Toronto on one of the most incredible television sets in the country (although I am also fond of the set for Defiance).

Copper was unfortunately cancelled, so there are only two seasons to watch, but the series is still worth a look for the grit and texture it creates for the fictionalized version of New York City, the exceptional cast, and a crime drama that is not like the rest.