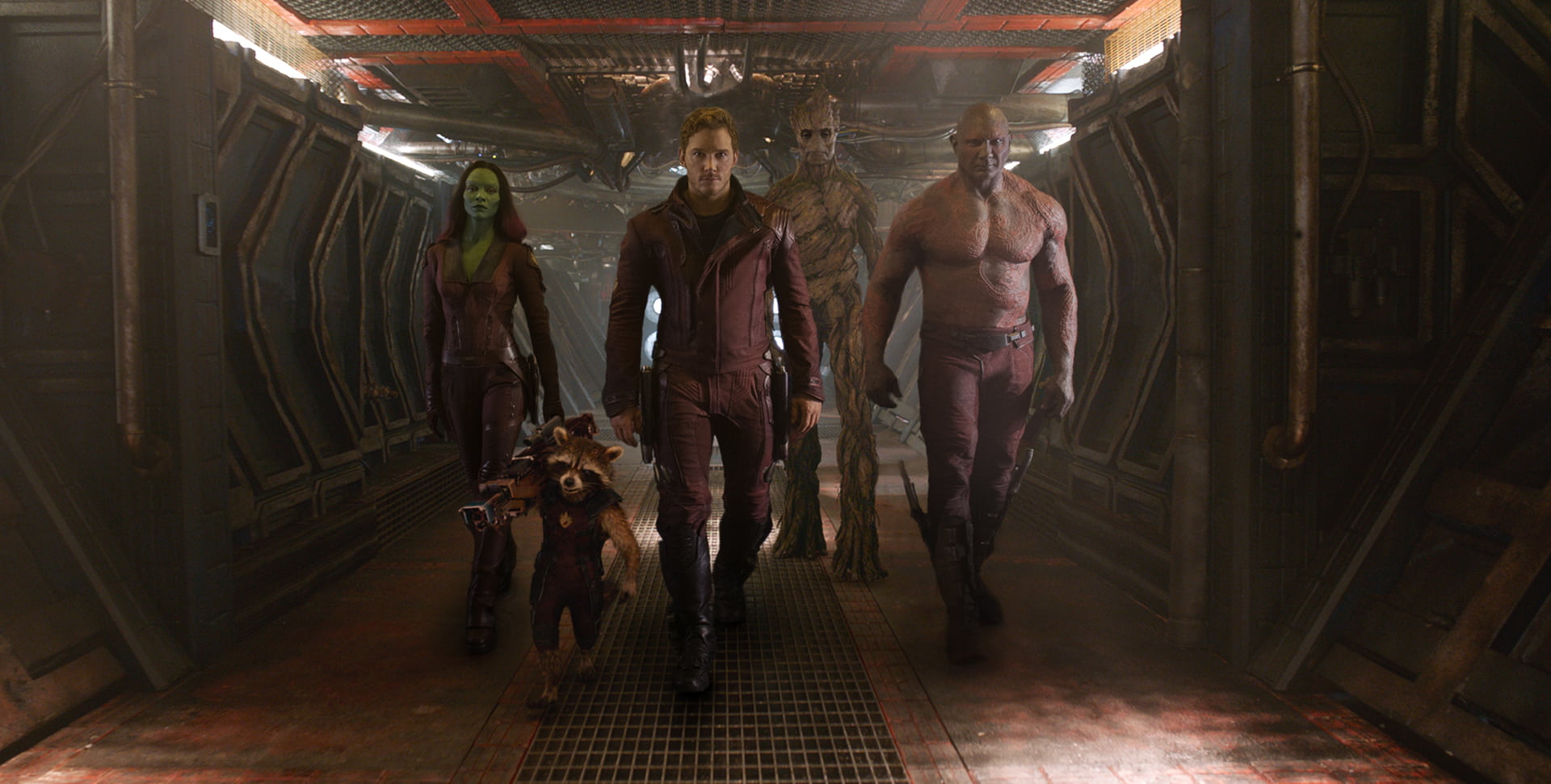 On August 1, watch out for Marvel’s Guardians of the Galaxy, a summer tent-pole film directed by James Gunn that stars Chris Pratt, Zoe Saldana, Dave Bautista, and featuring Vin Diesel as the voice of Groot.

The interstellar adventure looks brash, with a sly sense of humour, and it’s based on the comic book series of the same name which debuted in 1969. Marvel released the first trailer for the film earlier this week, and scroll down for the full cast list, the official synopsis, plus a photo gallery:

Synopsis: From Marvel, the studio that brought you the global blockbuster franchises of Iron Man, Thor, Captain America and The Avengers, comes a new team—the Guardians of the Galaxy. An action-packed, epic space adventure, Marvel’s Guardians of the Galaxy expands the Marvel Cinematic Universe into the cosmos, where brash adventurer Peter Quill finds himself the object of an unrelenting bounty hunt after stealing a mysterious orb coveted by Ronan, a powerful villain with ambitions that threaten the entire universe. To evade the ever-persistent Ronan, Quill is forced into an uneasy truce with a quartet of disparate misfits—Rocket, a gun-toting raccoon, Groot, a tree-like humanoid, the deadly and enigmatic Gamora and the revenge-driven Drax the Destroyer. But when Quill discovers the true power of the orb and the menace it poses to the cosmos, he must do his best to rally his ragtag rivals for a last, desperate stand—with the galaxy’s fate in the balance. 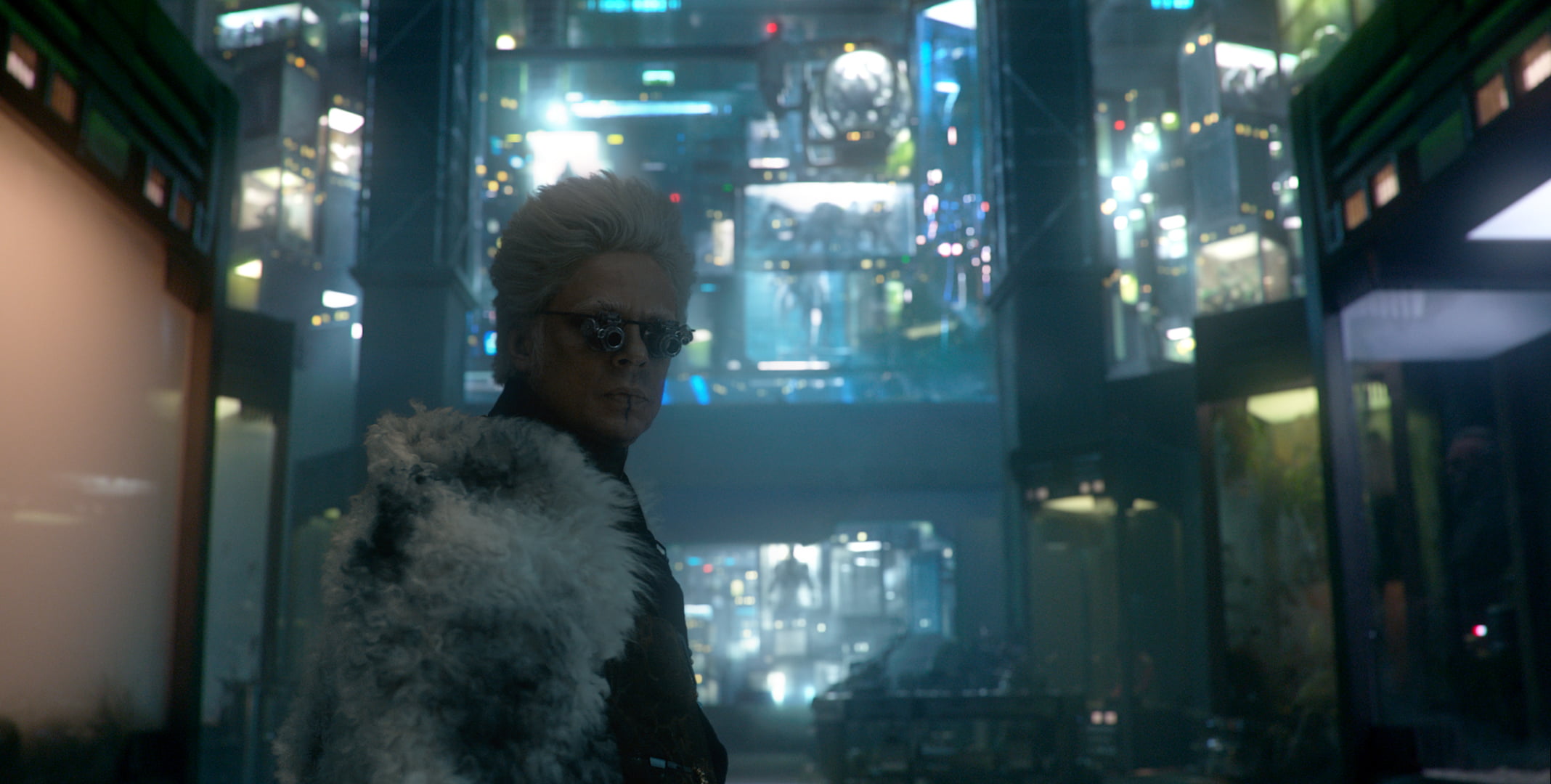 Benicio Del Toro as The Collector 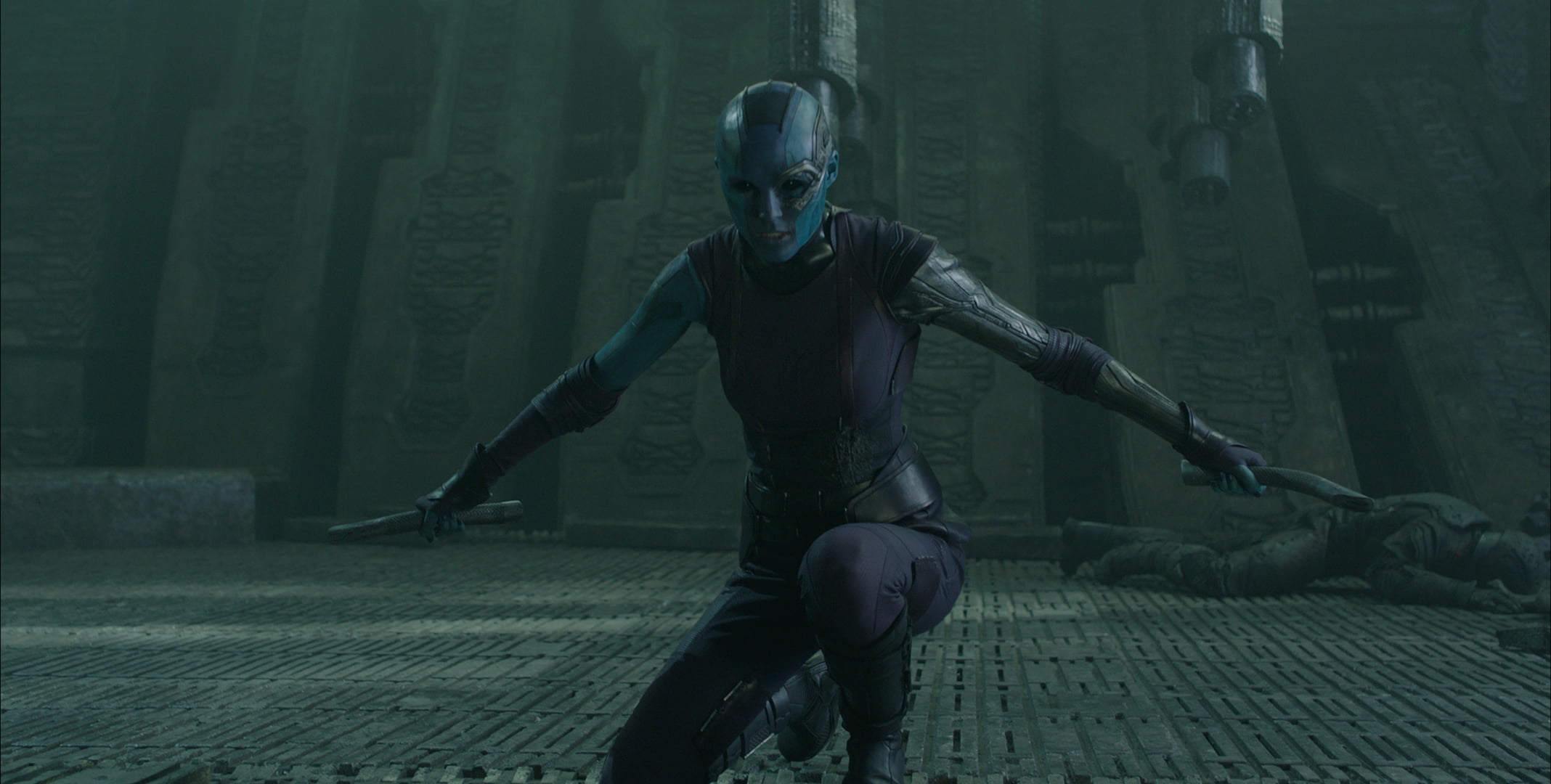 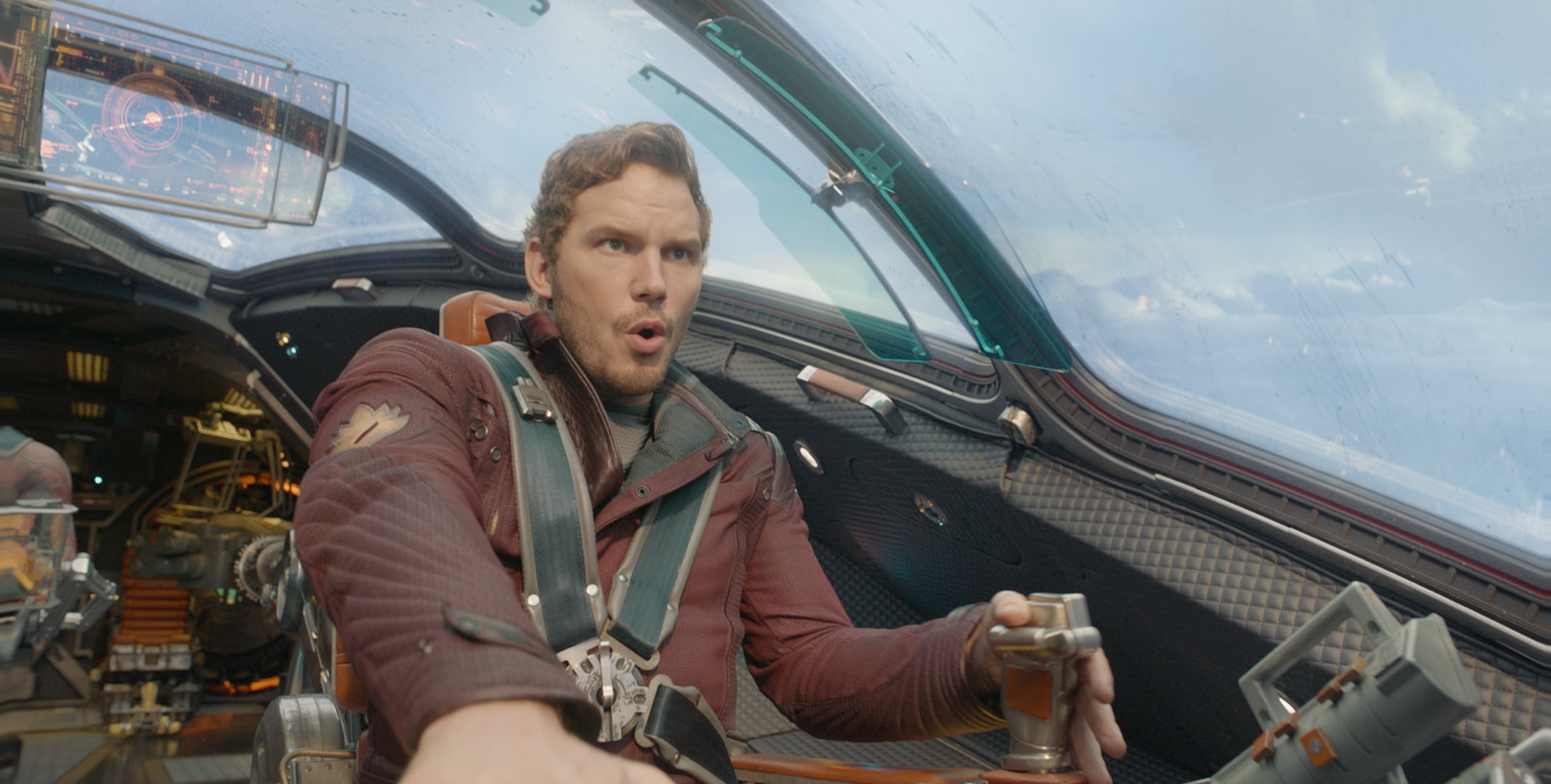 Marvel's Guardians Of The Galaxy 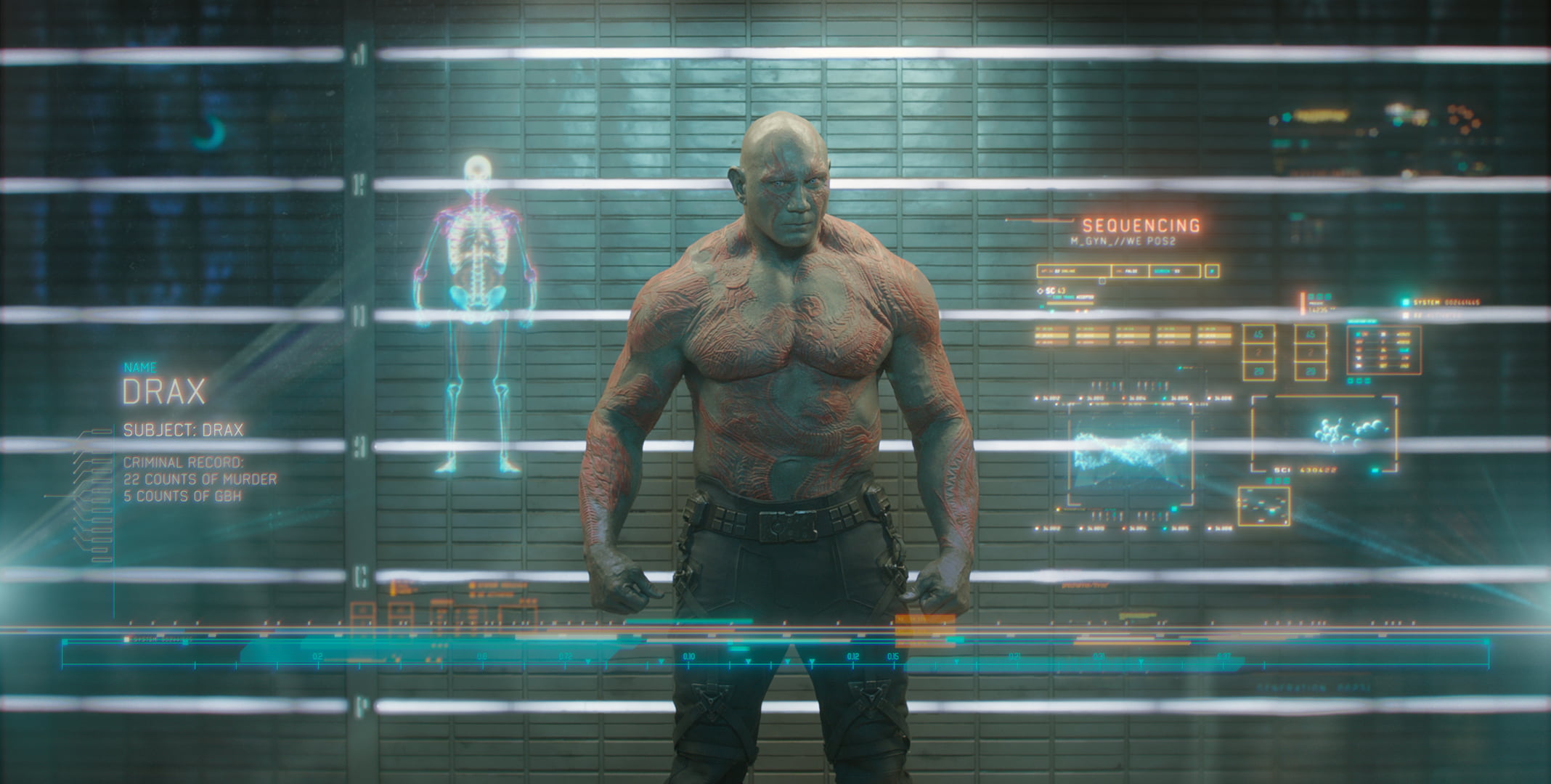 Dave Bautista as Drax the Destroyer 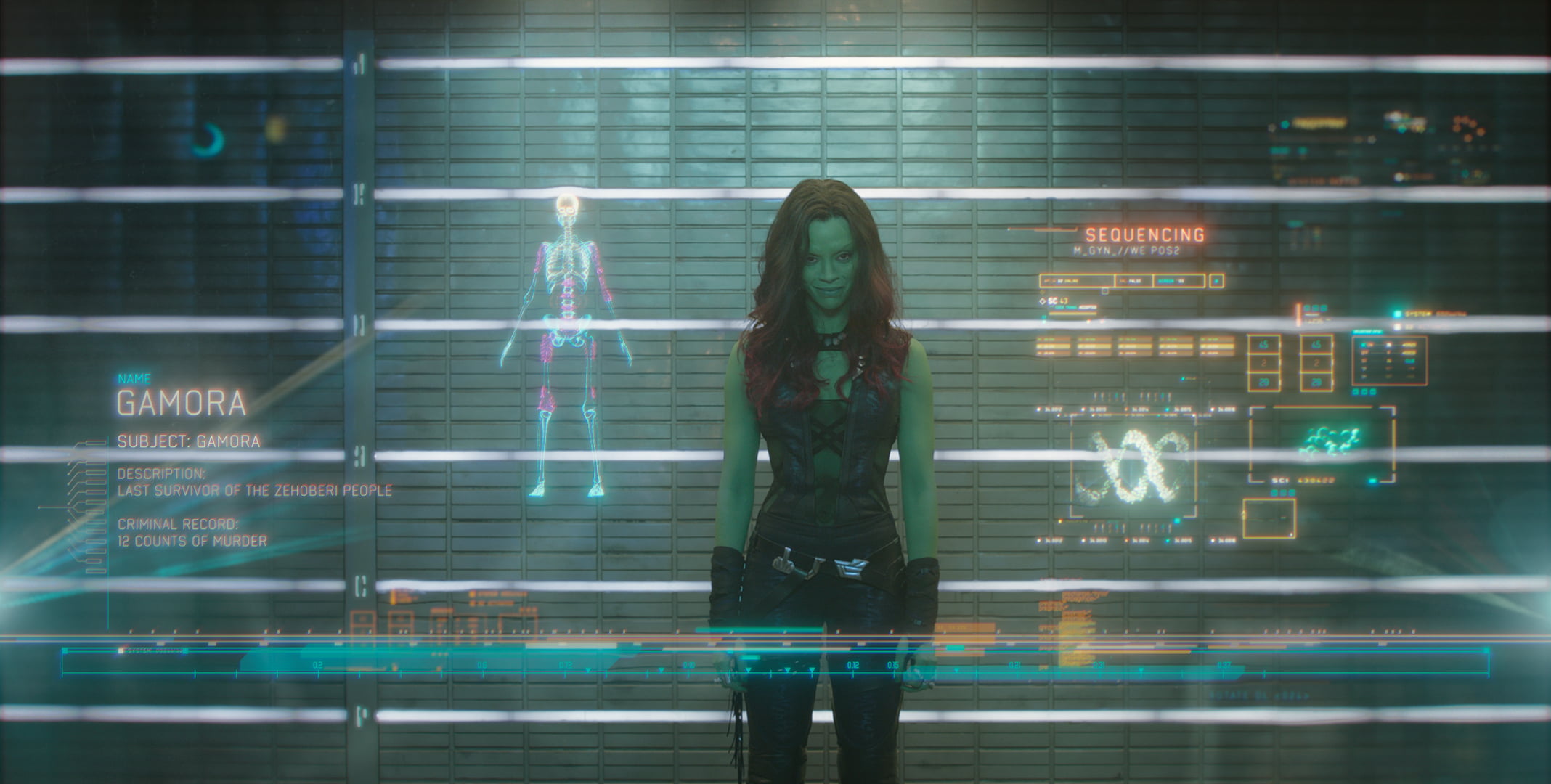 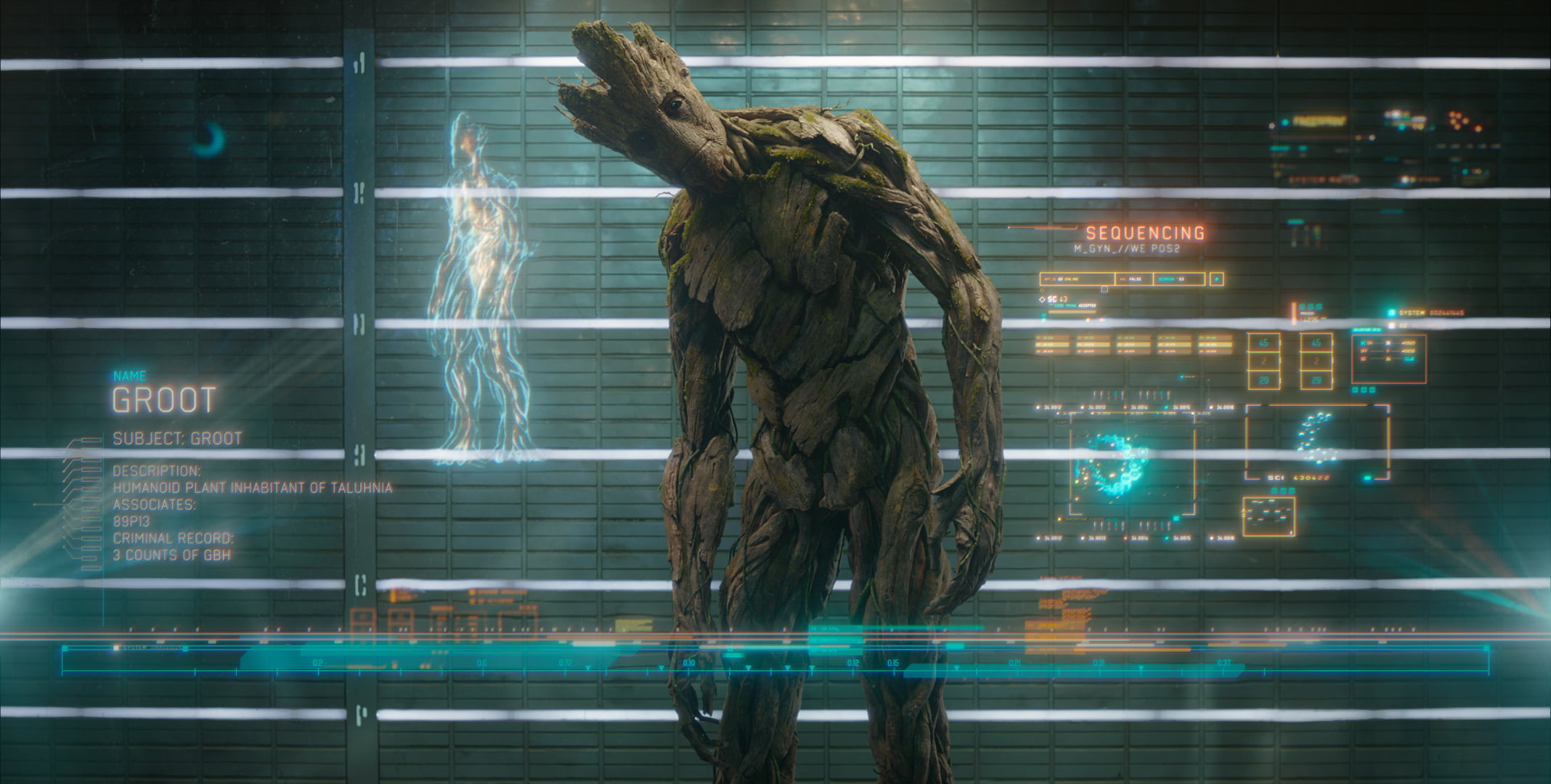 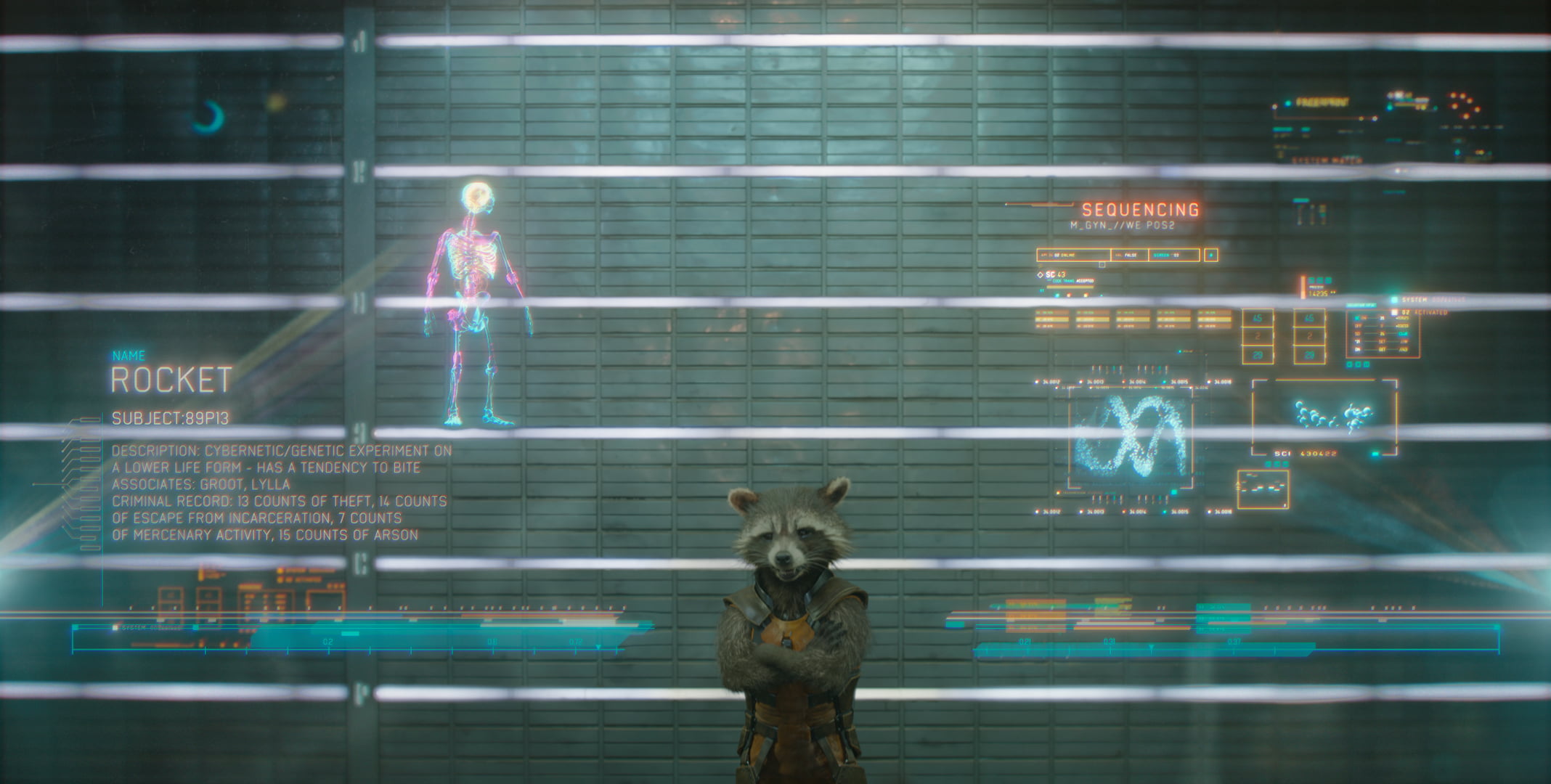 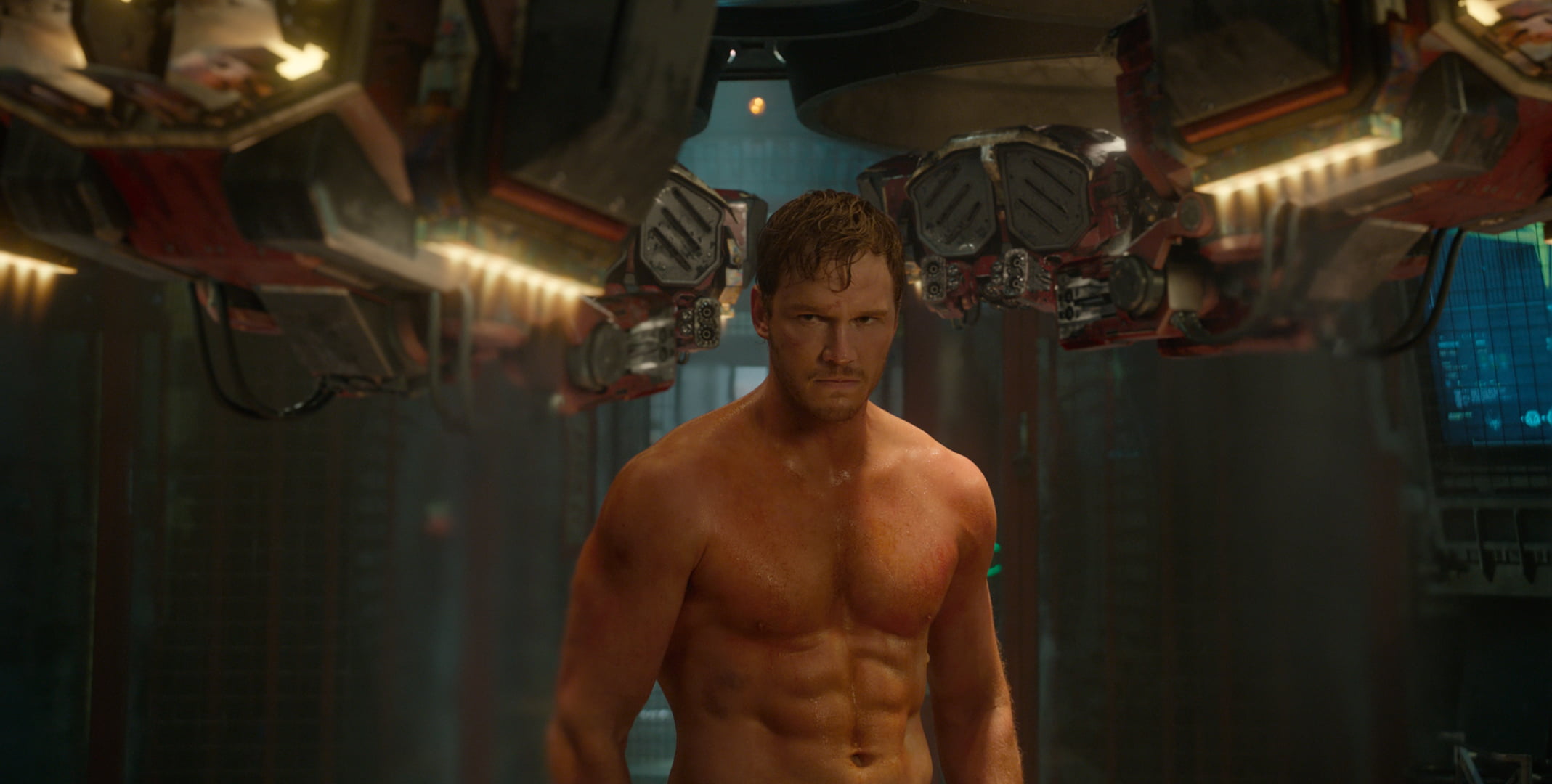 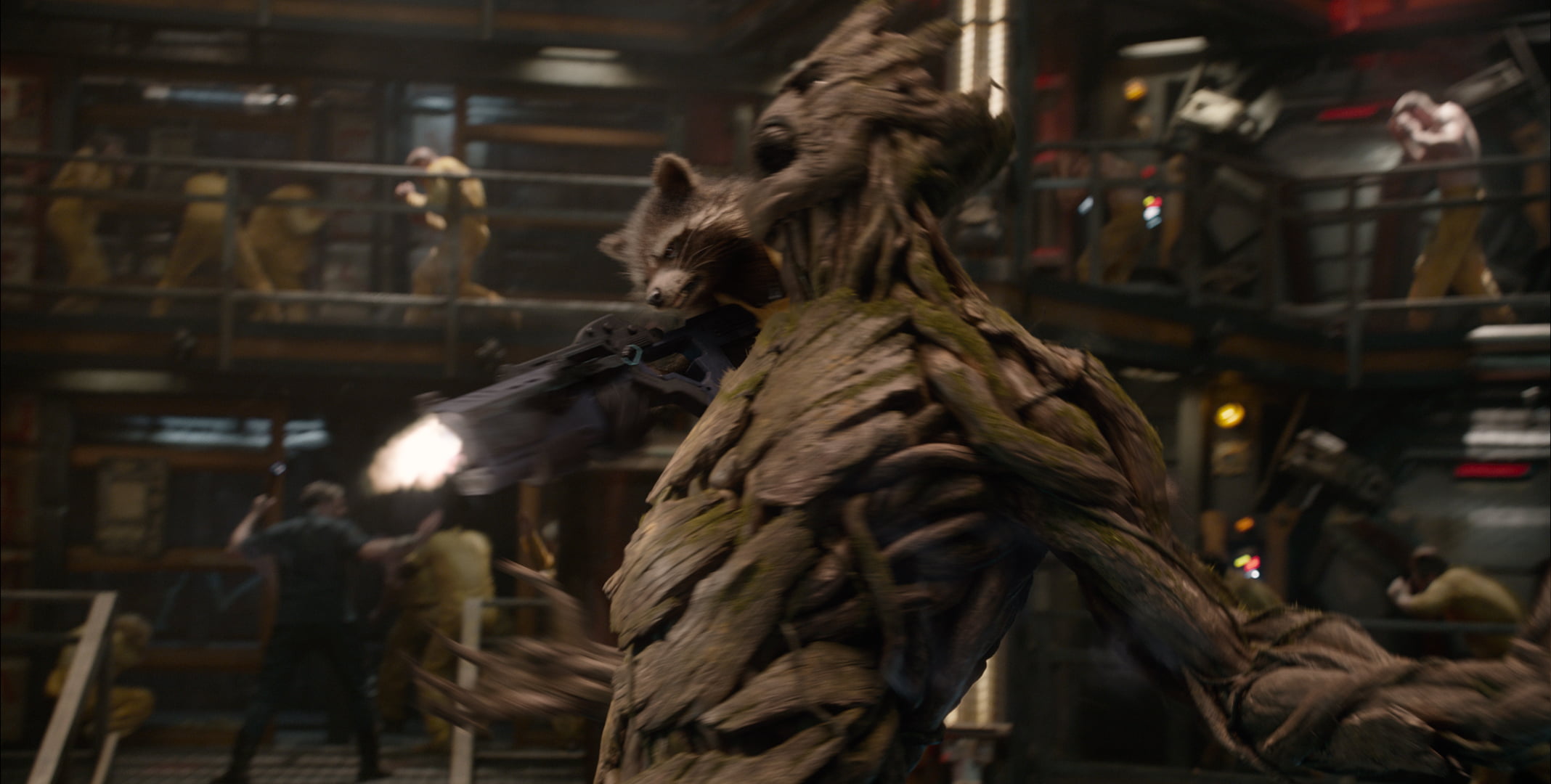 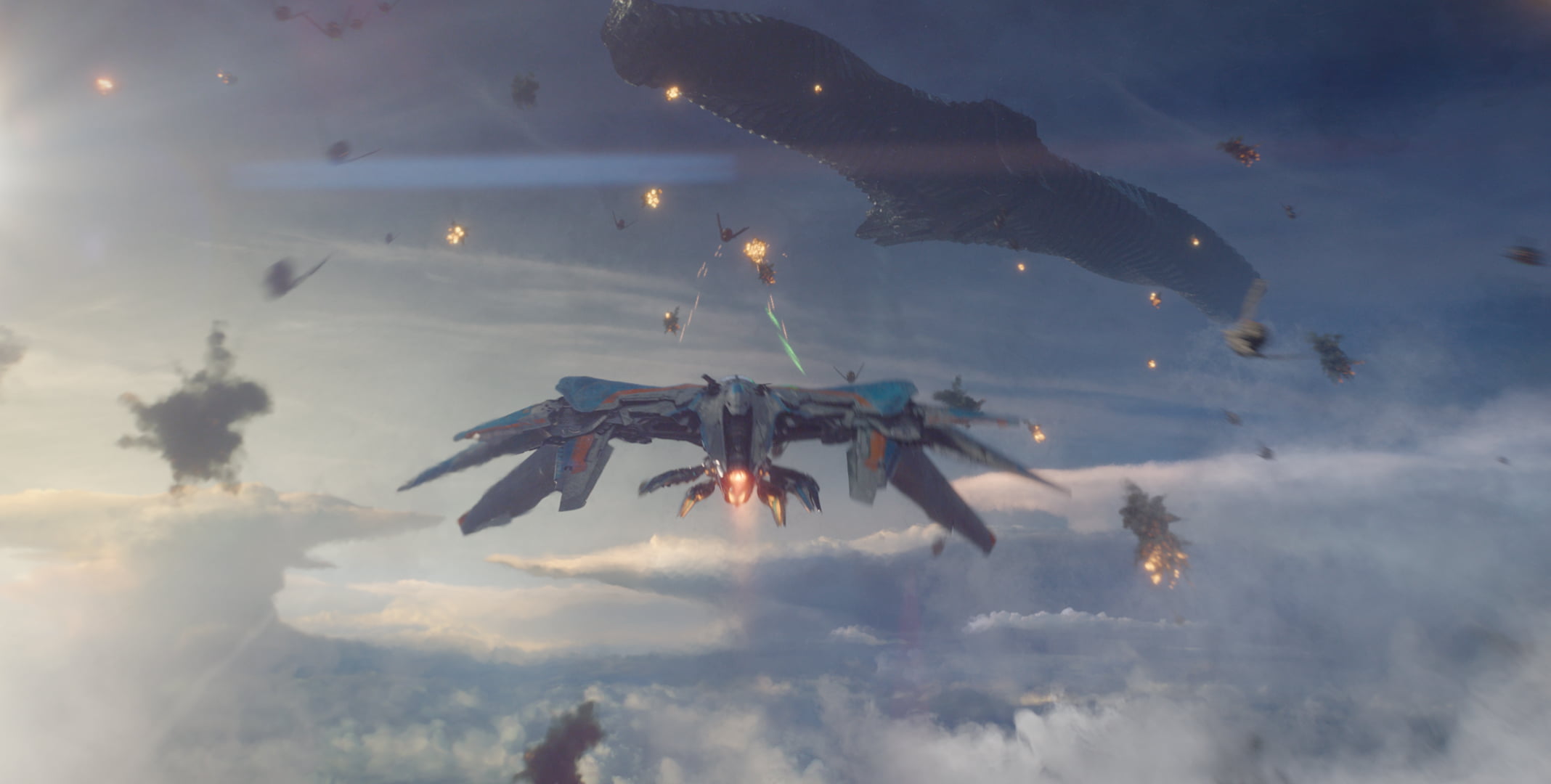 A scene from Marvel's Guardians Of The Galaxy

All images courtesy of Marvel.