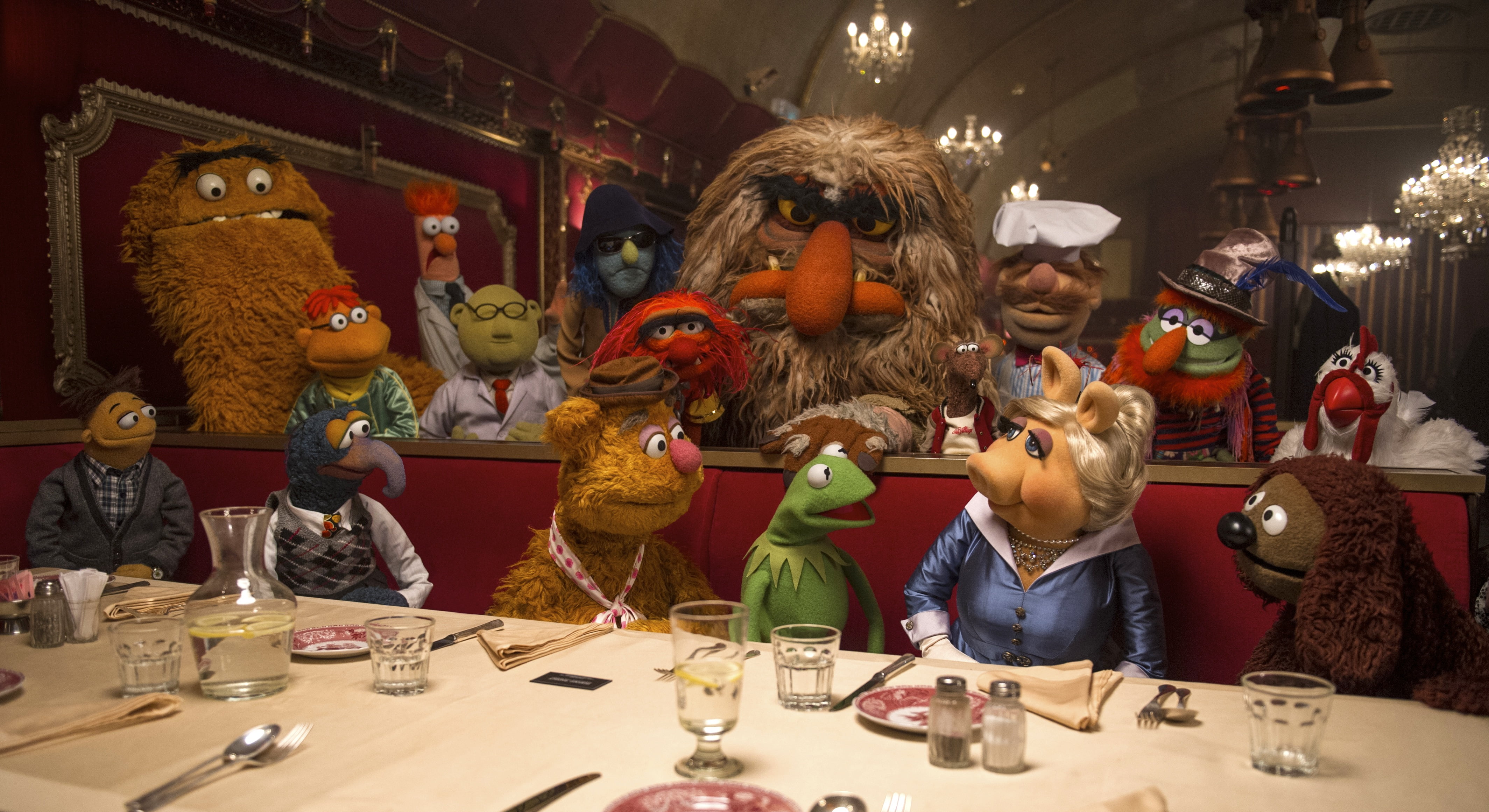 After thirty years the Muppets remain a force in popular culture–not just as entertainment for kids, but these latter big screen offerings seem to be aimed at an audience that is divided equally amongst kids and the adults who have grown up with the Muppets all these decades.

Muppets Most Wanted is another solid offering that is impossible not to like, like a lot. As with many Muppets movies this one is filled with celebrity cameos from stars you would never expect to turn up in light-hearted fare such as this–Christoph Walz and action movie vet Danny Trejo–in this case to balance out to A-list (well, semi-A-list at least) above the title actors carrying the non-Muppet duties. TV vets Tina Fey, Ty Burrell and the always cheeky Ricky Gervais are the stars here.

The storyline follows the Muppets reunion tour through Europe as organized by Dominic Badguy (Gervais)–but Badguy has a nefarious plan that he is not telling the Muppets. He is partnered with a Kermit the Frog lookalike named Constantine, a Russian crime frog who has just crashed out of a Russian Gulag with plans to link up with Badguy in Europe, kidnap Kermit and insert himself in his place on the tour, then commit a massive jewel heist on the final stop in London.

There are the usual songs and dance numbers that are all charming and as well executed as they are well written–including a song and dance number set in the Russian Gulag in Siberia led by Russian officer Tina Fey and a group of prisoners including the aforementioned Danny Trejo and Ray Liotta. A lot of the non-Muppet dialogue though is clearly aimed at an older audience, the references are all too sarcastic to be grasped by kids, but these snippets are so well spaced (and well placed) that the whole structure remains solid. In one case in Dublin, Baduy is bribing theatre critics with suitcases of cash so they will give the Muppets Show a good review–when the Muppets get wind of this one of them says, “You mean critics are actually bribed to give good reviews?” Which got a good laugh in the press screening I was sitting in filled with critics.

Muppets Most Wanted was co-written and directed by James Bobin (one of only two directors to ever direct two Muppets films) and he delivers what should be a sizable hit, especially since films aimed at a younger audience seem to be cleaning up at the box office well above and beyond what the adult fare is achieving lately and that is due in large part to the face that he has kept the Muppets exactly as they have been known and loved for thirty years.

Of course in the Muppet cast the true ‘star’ has to be declared to be Miss Piggy, the fashion plate pig who has been on again, off again engaged to Kermit for thirty years–in Muppets Most Wanted Miss Piggy again plays a crucial role as the one member of the troupe who can successfully expose the Bolshevik imposter Constantine.

Miss Piggy stopped by Toronto on a whirlwind press tour to promote the film and her press conference was held at the ultra-chic Shangri-la Hotel, no less. Miss Piggy was there with her hair stylist of course and answered a series of questions from a group of assembled hipster geek writers and broadcasters with her usual cheeky panache before posing for photos. While I sat there listening to one writer ask Miss Piggy how she felt about being a global gay icon (huh?) it really did hit me that this character sitting at the table in front of me truly is a pop culture superstar and has been part of the lives of children (of all ages) for a very long time. It really was a kind of ‘wow’ moment.

Muppets Most Wanted is a very good Muppets movie, but then again, most of them are. What makes this movie so enjoyable is it is well thought out, well crafted and it respects its very broad audience rather than trying to hustle them out of their box office ticket dollars by just throwing the very familiar characters up on screen without much consideration–like most Hollywood movies tend to do nowadays. 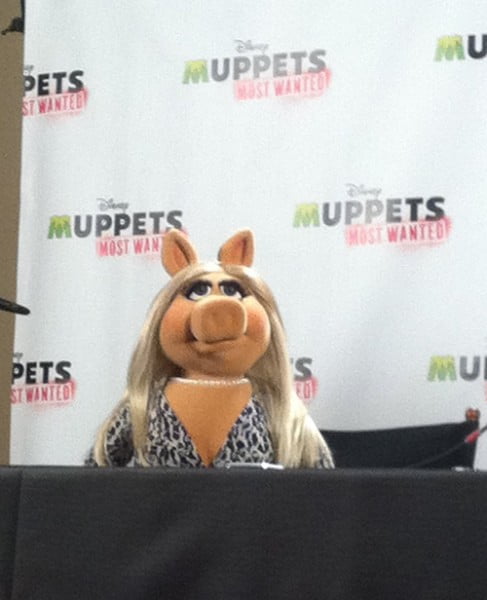 Miss Piggy at a press conference in Toronto