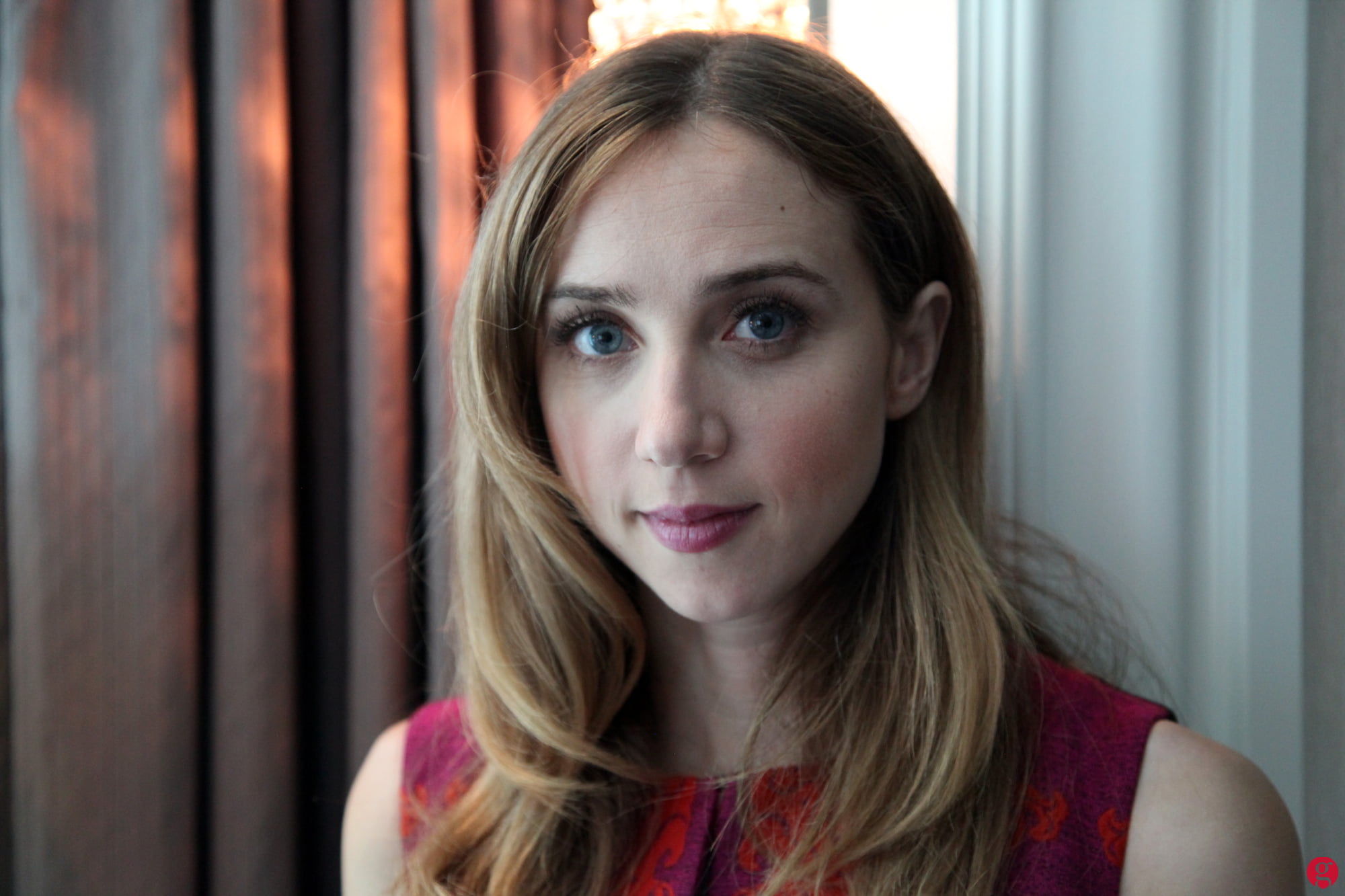 Don’t be confused this week if you hear that Zoe Kazan seems to be starring in two romantic comedies that both star Daniel Radcliffe. In Canada, there’s The F Word, and in the United States the film was released as What If, but they’re the exact same film. No matter what name you want to call it though, Kazan is one charming leading-lady.

Directed by Michael Dowse and written by Elan Mastai, The F Word stars Radcliffe as Wallace, an average, funny, and slightly awkward guy who thinks he’s found the perfect woman until he realizes she just wants to be friends. Kazan of course plays the love interest, Chantry, but even though most of the film follows the formula of the average romantic comedy, it’s much more clever than that, and it’s set in what I can only call an idealistically beautiful, and romantic, Toronto.

For Kazan, taking the part was what she called “a complete no-brainer”.

“They just offered me the part, which is something very nice to have happen to you,” Kazan said. “They had seen my work in Ruby Sparks and they liked what they saw. So that’s how I came to this movie, and it was a complete no-brainer for me; just to get to work with Daniel [Radcliffe], and I had loved Goon, which I had just seen at the time, and I thought that Elan’s [Mastai] script was so funny and good. I don’t know, it was just a really easy choice to make.”

Speaking about Chantry, Kazan explained one of the things that she wanted to capture in her performance, and that happened to be the character’s integrity.

“I liked how moral she was,” Kazan said. “Her morality, I think, is a big part of her self-perception, which it’s not really for me. I’m not saying that I’m an immoral person, but it’s not central to how I think of myself.”

“I think of myself as being empathic and imaginative, and there are a lot of other words that would spring to mind, but moral isn’t really one of them,” Kazan explained. “I liked that that was such a huge part of how she thought of herself and that was thrown so much into question for her by this situation that she finds herself in. I just thought that was so interesting.”

Once she was acting alongside Radcliffe, there was a particular dynamic that Kazan realized she both wanted to capture, but one that she discovered might have been a losing battle next to her co-star.

“Well, [Daniel] was really making me laugh a lot,” she said. “I think he’s really funny, which is something that most people don’t know about him from his previous work. So, I found myself charmed by him.”

“One of the things that I talked to Elan, our writer, about before–and to Michael Dowse, our director–I had talked to them about how I didn’t want her to be, like, an easy laugh. You know, that part of their humour between them and in the script I felt that it was a kind of like one-upping to try and make each other laugh–like you be the one who breaks. And he just always won. You know, so my best intentions was to not be an easy pushover, were thwarted by Daniel,” Kazan said.

Watch the full interview below to hear Kazan’s thoughts on filming in Toronto, and the role that Toronto plays in the story. The F Word opens across Canada on August 22, and in the United States the film already premiered under the title What If.