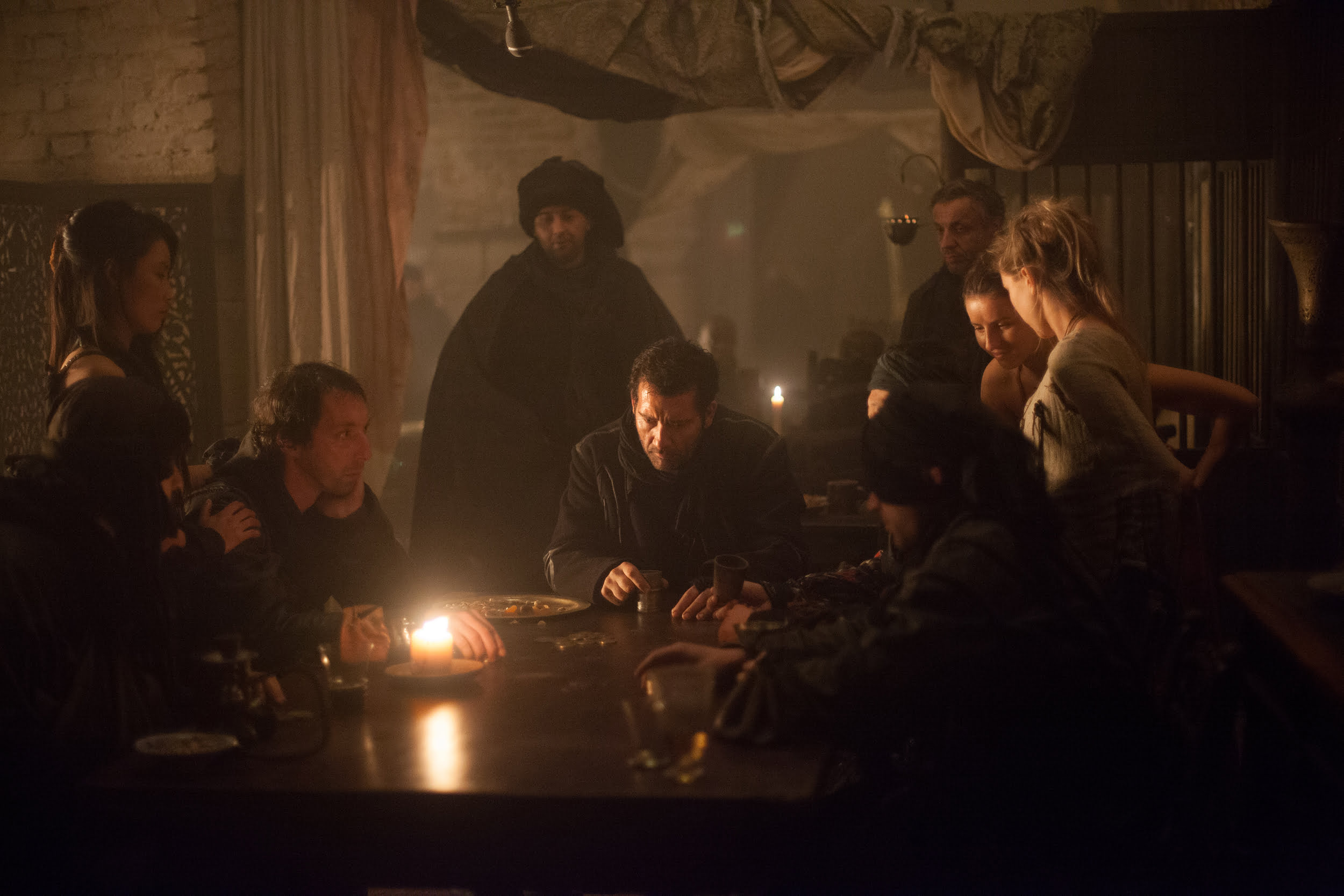 If they ever brought back the classic “in a world” voiceover treatment for trailers, Last Knights would be the film that needed it. I can just hear it now… “In a world, where knights still reign, one man will rise to strike down injustice.”

Yes, Last Knights is that cheesy, but in the most serious way possible, which takes all the spirit out of what could have been either a serious medieval war movie, or a fun sword and shield adventure. It’s certainly smart, but smart is not necessarily exciting.

Everything is very, very serious, and there are no jokes, aside from one brief moment with Morgan Freeman, but that is all too short to remember 30 minutes or an hour later when the film is at its worst.

Clive Owen, who is all brood and gloom, stars as Raiden, a former revered knight who fell from grace when his noble lord stood up in the face of a corrupt emperor and lost everything. A year later and he is falling apart, and he seems to stand for nothing as he even sells the sword his master gave him.

Morgan Freeman plays Bartok, Raiden’s master, a great actor who is ill used, for the most part, and if I’m going to be nit-picky, it’s worth saying that his beard looks ridiculous. The moment you see what they’ve done to make him look different for the film, you quickly get a sense for the film’s obvious failures before you’ve even seen half of them in action.

Yes, the beard is that bad. 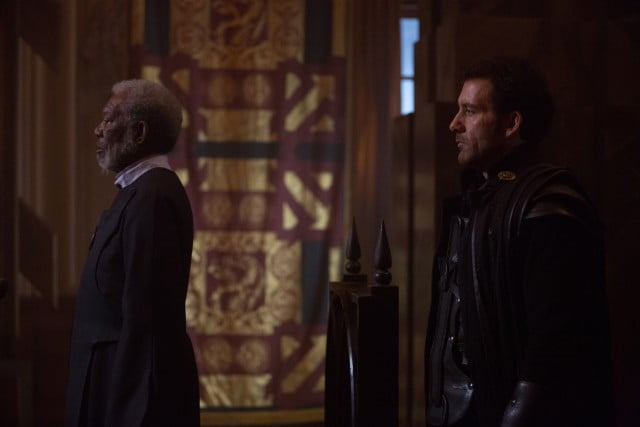 If I had to guess, I’d say Freeman was brought in for a quick paycheck and to raise the calibre of the film, but it just didn’t work out.

And it’s not just the heroes that are boring and dry. Even the “villain”, Gezza Mott (Aksel Hennie) is whiny–not intimidating. The Emperor (Peyman Moaadi) is likewise dull, and has little enough venom to make him seem like the tyrant he’s supposed to represent.

Last Knights has some redeeming qualities at least. The locations and sets are impressive–huge and iconic–and perfectly matched to the story concept. The costumes and props also work well in the locations, but that’s hardly a reason to sit through nearly two hours of dry, dreary material.

Owen certainly has the right mood for his part, and Tsuyoshi Ihara as Ito is likewise good, for the scenes he’s in, but these actors are not what’s wrong with the film. Even the script is not actually all that bad, aside from being too slow and perhaps too thoughtful.

The problem is that Kazuaki Kiriya directed Last Knights with too much dread and blackness, and the stern looks from the cast come across as mugging for the camera more often than not. Without strong actors in the role of his villains, the film feels off-balance.

Given another pass in the editing room, with stronger co-stars for Owen, and maybe even a few smiles, there might have been more to like about Last Knights. 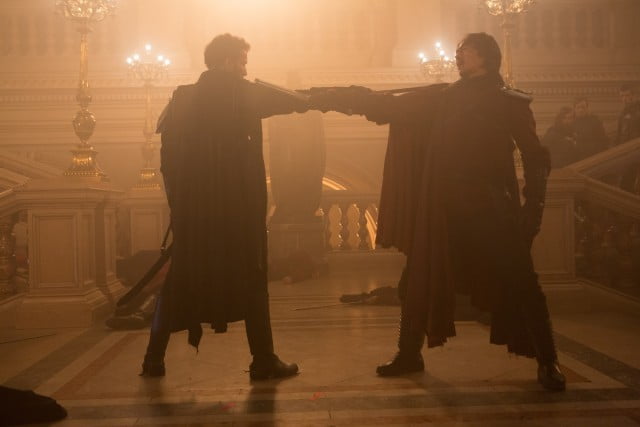