Joss Whedon probably never wanted it to turn out like this. Maybe he even regrets getting on board for the whole Marvel experience. I don’t know. All I do know is that there’s very little of what we’ve come to expect from him in Avengers: Age of Ultron, and I doubt he’s all that happy with what ended up on the big screen in his latest superhero smash-up.

Moderate spoilers ahead, so be warned.

In almost every way this is a sequel, and I mean that in the worst sense of the word. It’s not an original film like The Avengers–it follows the first film with a dogged determination that is all-consuming, plodding toward an end that is nowhere in sight, but somehow ever-present at almost every turn.

Set within the whole Marvel Comics Universe (MCU) that grows by leaps and bounds every few months, there are hints to the other happenings around that reality, but the focus is entirely on what the franchise has been building towards for a long time: the Inifinity gems, and the whole Infinity Gauntlet saga that most comic book fans have been expecting for a while now. 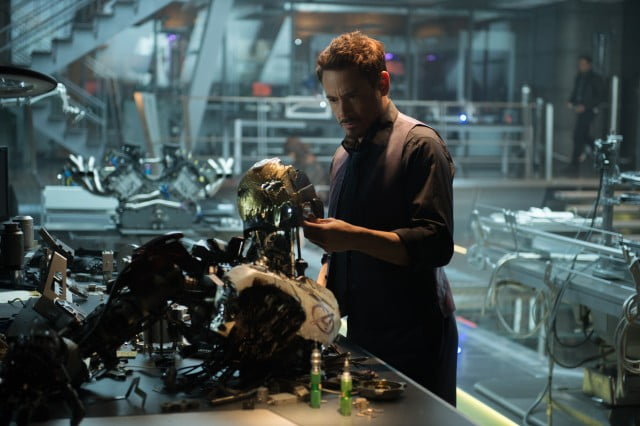 The premise, which is pretty thin, is that Tony Stark (Robert Downey Jr.) and Dr. Bruce Banner (Mark Ruffalo) have been dreaming of creating Artificial Intelligence that could protect the world from all future troubles, which would finally give the Avengers the opportunity to retire. Their dreams are answered when they recover Loki’s scepter once again and discover that it holds the key, and they just need to harness it. And, naturally, it all goes wrong and they end up mistakenly create a monster known as Ultron (James Spader) who wants to rid the world of the Avengers, and blow half the world to kingdom come to force an evolutionary leap on the survivors.

That’s it. Aside from lots of snarky wise-cracking, city smashing, and endlessly disposable robots, there is not much else going on.

We do get some fantastic character development, which is exactly what I’d expect from Whedon, and these moments are some of the best in the film.

Dr. Banner is brooding over the advances of Natasha Romanoff (Scarlett Johansson), who just wants to try things and see what happens between the two, even if that means dealing with the big green guy.

And then there’s Jeremy Renner as Clint Barton – AKA, Hawkeye. He may be the most questionably useful character in the whole group, but Whedon addresses that question, and digs deeper into the character. To some degree, Renner is actually the star of the film, considering some major elements revolve around him, and he probably has the most fully-realized story arc of all the characters and stars.

What about James Spader, you might ask? As the voice of Ultron he’s exactly as you’d expect if you’ve ever seen him act in anything. Ultron matches Tony Stark’s snark almost line for line, and some of it is pretty good, but it’s not worth the price of admission, and as a villain, Ultron and his minions are about as threatening as the lifeless CGI that Marvel used to make them, and the story supports that. Ultron’s minions are useless creations that serve no purpose but to keep the whole group of heroes busy, just like in the first film. Otherwise, what else can this group fight? It would be ridiculous to have them all pounding on one guy, unless he was the size of the Hulk or maybe Galactus.

And the CGI is, in fact, a big failing overall this time around, which brings me to the action and visuals. Yes, it’s mostly pretty good, but it starts to blur together by the end, and a lot of it just feels like fighting for the sake of fighting, and none of it’s very original. The first Avengers film may not be a work of Thespian genius, but it was cleverly done, and I didn’t begrudge the film any of its action, but Avengers: Age of Ultron starts feeling tedious very early on.

Then there’s Robert Downey Jr. I love the guy, and I think he is Tony Stark and Iron Man, but for the most part it felt like he was on autopilot throughout the film, and I blame both him, as an actor, and Whedon for not challenging him. At the same time, you have to wonder if he’s not just a little over playing this role for the 100th appearance.

And the rest of the cast was fine–good even, especially if you have been waiting to see Paul Bettany. 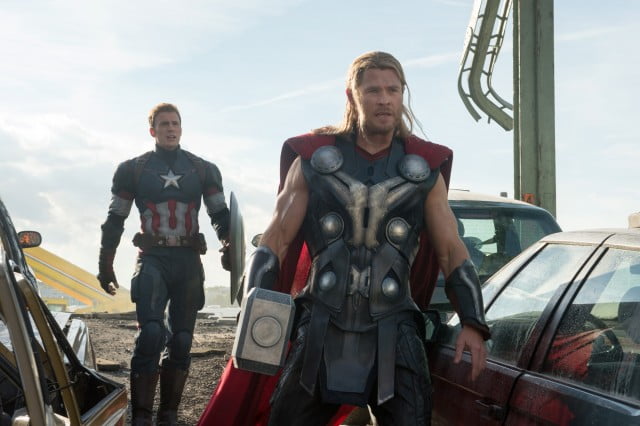 The Chrises–Chris Evans and Chris Hemsworth–were their usual charming selves, but they didn’t have a lot going on in this outing, which is okay given the size of the cast. Thor’s only real contribution was fleeting, and probably not all that necessary for the die hard fans, but it will fill in anyone else who haven’t read the comics.

What else can I say? A lot of people will be disappointed in Avengers: Age of Ultron, but it probably won’t stop anyone from continuing to dip into the MCU. A lot of the film is fun, and if you love these characters like I do, this film is forgivable, but it’s also definitely a disappointment, and exactly what I’d expect from a franchise that is focused on long-term storylines rather than contained stories.

For a franchise like this–which we have never really seen on this scale before–it’s hard to tell a story that also fits into an even bigger storyline, and that failing is obvious in Avengers: Age of Ultron, but Marvel needs to get a grip on the MCU and start offering a little more in the way of endings, rather than just an unending sea of middles and quasi-beginnings for new characters.

We’ll just have to wait and see what Marvel can do with Ant-Man and Captain America: Civil War–the next two installments in the MCU. 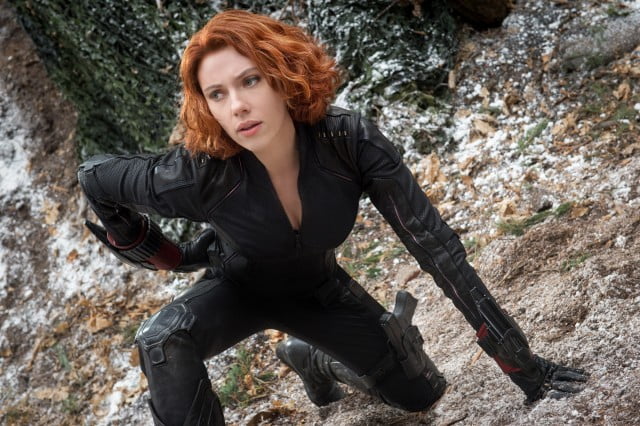 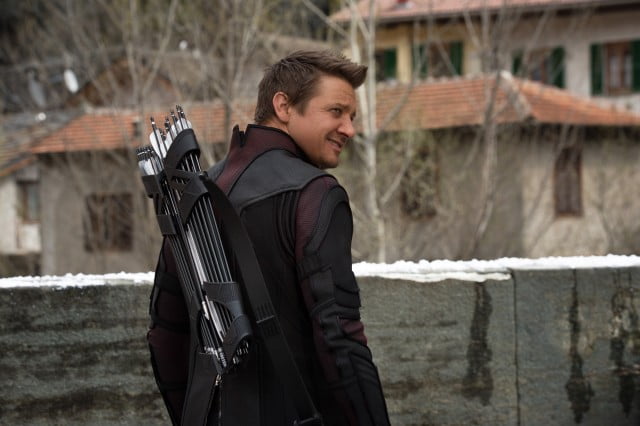