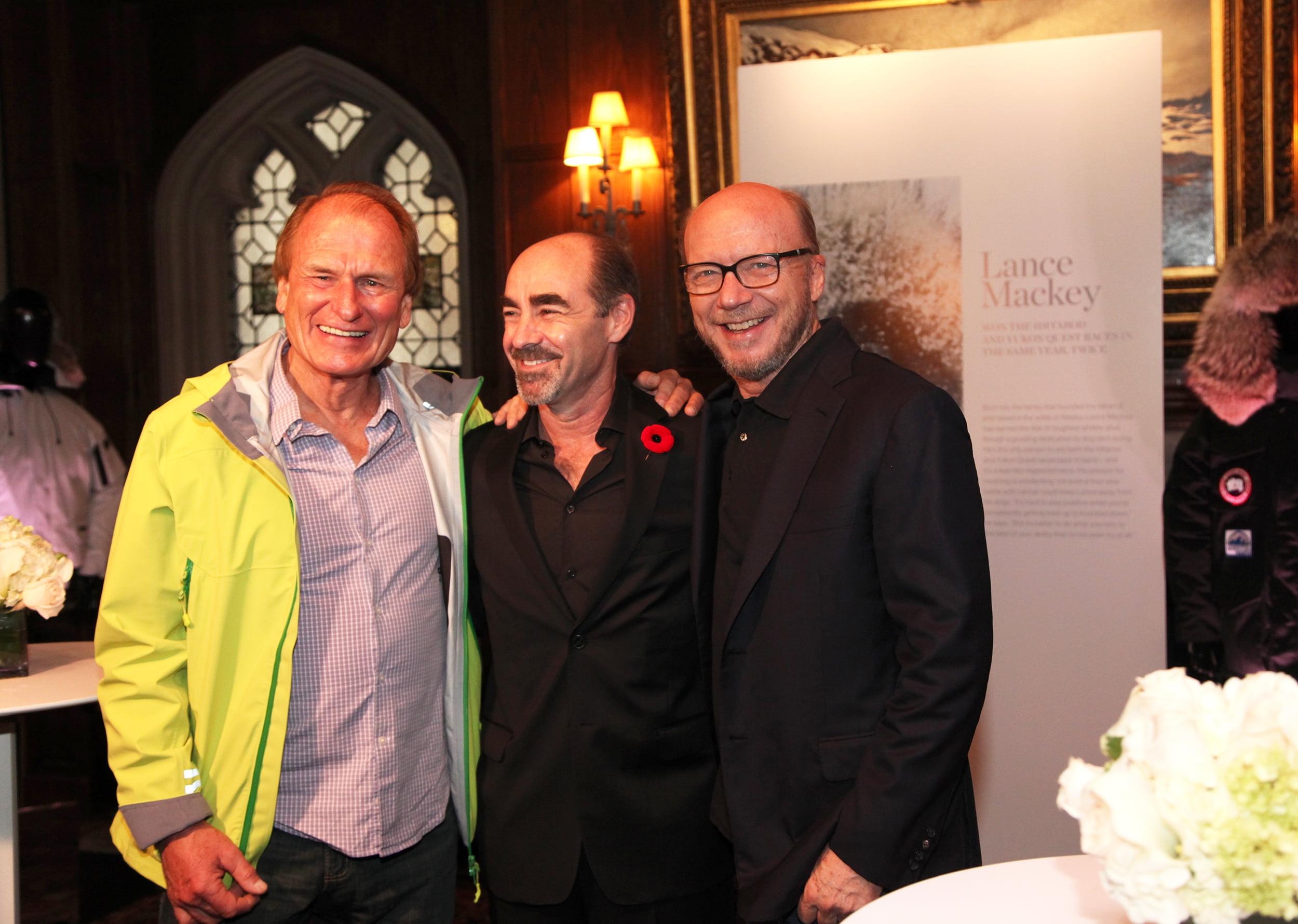 Canada Goose premiered their first-ever global campaign last week in New York City with the short film Out There by Canadian filmmaker Paul Haggis, which celebrates 60 years of keeping adventurers warm, even in the worst conditions.

Debuting at the spectacular Explorers Club in mid-town Manhattan, an organization that’s dedicated to field research around the world, the special event included a few words from Haggis, Canada Goose CMO Kevin Spreekmeester, and Canadian climber Laurie Skreslet, whose story is featured in the film.

“He is the ultimate storyteller, and we are the storytelling brand. So there was instant simpatico,” Spreekmeester said of Paul Haggis. “He brought on board Sean Bobbitt, the director of photography who was nominated for an Academy Award for 12 Years A Slave.”

Speaking at the event about the history of the brand, Spreekmeester revealed why Canada Goose decided to branch out with a film like Out There, which explores 60 years of the brand in five minutes.

“Canada Goose has been associated with the film industry for over 25 years, and we never went looking for it,” Spreekmeester said. “We started on the backs of [film] crews around the world who do long overnights. Crews who were just in cold places and needed big warm jackets with big pockets to put scripts or duct tape, or whatever it was they needed to carry. That’s how we started. They came to us.”

“And then, stylists and wardrobe people would sort of say, ‘If we are going to authenticate our film as being somewhere cold, at that point, we need to start putting Canada Goose in front of the camera.'”

Speaking to Spreekmeester after the premiere, he also talked about how they came to work with Paul Haggis.

“Early on, when we were working on the concept of making this film, we knew we wanted a first-class filmmaker. We started looking through who might do it, and we always take big swings. We always shoot for the sky, and with him being Canadian we thought, ‘Let’s give it a try,'” Spreekmeester said. “You go into those conversations hoping but not expecting, but you heard what he said. ‘Yeah, I’d love to.'”

For Haggis, the project seemed like a natural fit. Speaking at the Explorers Club, Haggis said, “It was really just based on the company. I’ve been wearing Canada Goose for 30 years, and because I started up in the Yukon on [the series] Due South, and we all wore [their jackets] on film sets.”

“Then, last winter, every time I turned there was another woman wearing a Canada Goose coat, and Rupert, my producer said they wanted to do a film… so they sent me the script and I liked the idea of all of these adventures–it was a much-longer piece that we shot. It was just fun to go shoot, and I love snow.”

Out There chronicles what the brand calls “Goose People”–five adventurers with truly astounding and inspirational stories, with the film acting as a window into their experiences.

The five “Goose People” include: Canadian climber Laurie Skreslet, who was on hand at the event to talk about his adventures, was the first Canadian to summit Mount Everest; Lance Mackey is a cancer survivor who was told he would never race again, but went on to become a four-time Iditarod Champion and is an ESPY nominee and Hall of Famer; Karl Bushby was the first person to traverse the globe completely; Paddy Doyle is a veteran pilot who has often had to test his abilities by landing, or crash landing, in inhospitable parts of the arctic; and Marilyn Hofman has the surprising story of surviving a cold brush with death thanks to her Canada Goose jacket.

All of these stories mesh and weave together to tell one tale about people who can and will do anything, and a brand that helps to keep people alive during these very cold treks into the coldest places on earth.

Watch Canada Goose’s Out There below, and head over to outthere.canada-goose.com to see the film with break-out moments to experience more about each person’s story, including incredible images with the stories told by each adventurer.

Shame on Canada Goose for hyping Lance Mackey. Three of his dogs died in the Iditarod, including a dog named “Wolf” who died from regurgitating food and then choking on it. In the 2012 Iditarod, Lance Mackey allowed his dog Maple to be bred 17 times in three days. He told KTUU-TV that he found this “entertaining.” Mackey told Alaska Public Radio that a male dog “has been working hard to get to that female in front of him. He ripped off his toenails. He’s still able to walk with no toenails. It’s just kind of painful.” Ripped off toenails are extremely painful, but Mackey refused to leave this dog at a checkpoint. In addition, he’s forced sick dogs to race, including those who had kennel cough. Dogs with this disease are supposed to stay warm and rest.
FACTS: http://helpsleddogs.org