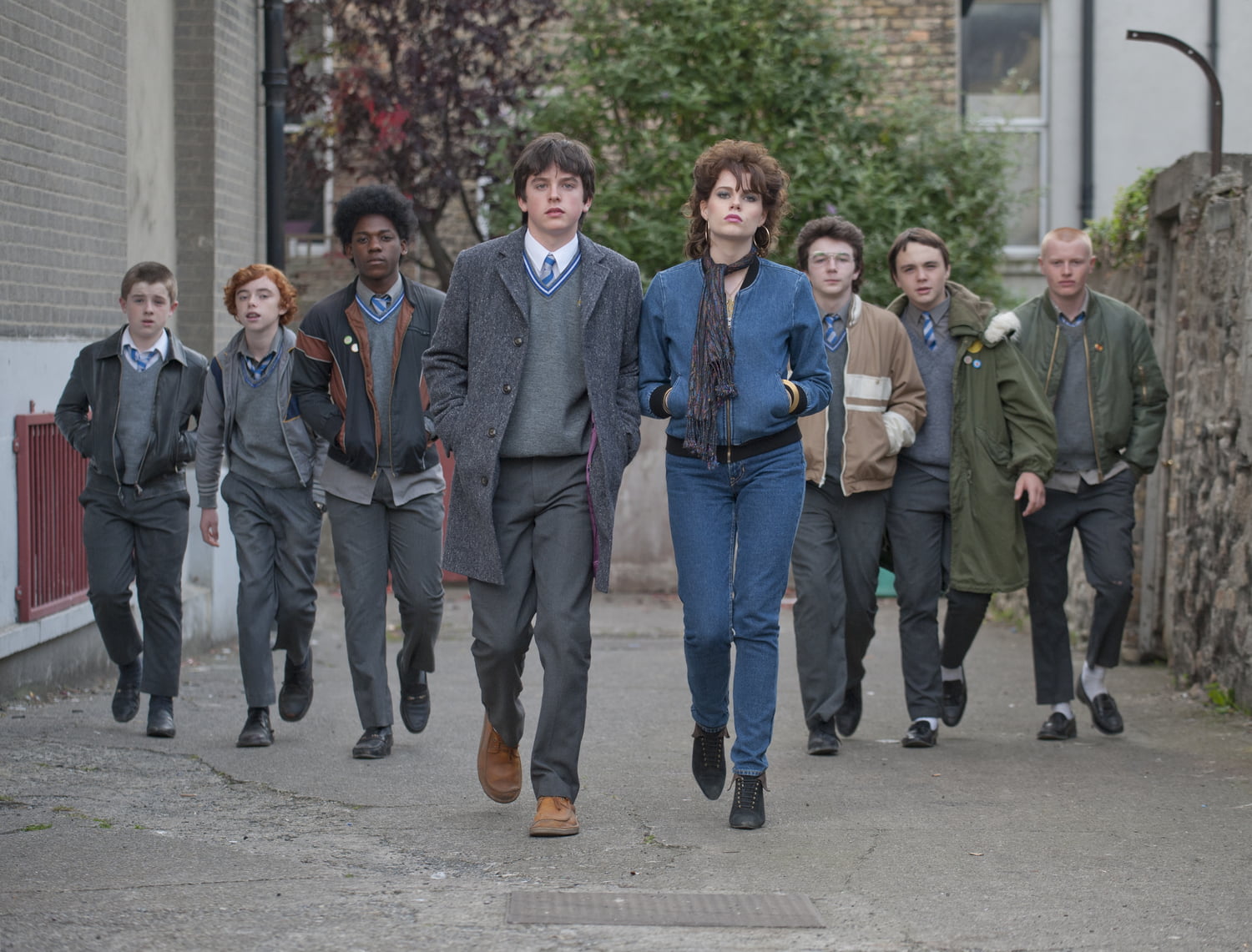 Sing Street is a smart, touching, and completely charming riff on youth, 80s music, love, passion, and dreaming big. The cast is wonderful, and the music–from the soundtrack to the original songs–is perfect. It’s a film that needs to be seen, and re-seen, and it will leave you smiling–I have no doubt about it.

Ferdia Walsh-Peelo is Conor, a teenager struggling with a family that is falling apart in the middle of tough times in 1980s Dublin. When he’s forced to change schools, Conor meets the beautiful would-be young model, Raphina, played by Lucy Boynton, and convinces her to appear in his band’s music video. The only catch, is naturally that Conor isn’t in a band, so the next step is to make some friends and make some music so he can wow the girl.

Along the way, Conor has to deal with the school bully, the school’s dictator principal, and the question of even just how to make music that’s truly his own. Like any good coming-of-age story, Conor is looking to find out who he is, and in doing that, he finds his confidence, and what he wants to live for, but it’s his brother, Brendan, played by Jack Reynor, who helps guides Conor.

That sibling relationship is a big part of Sing Street, and the scenes between Walsh-Peelo and Reynor are some of the most compelling, but it’s a film filled to brimming with wonderful, nuanced performances, characters with depth, and a real love for music most of all.

From the rock riff opening, all the way to the touching ending, Sing Street is just packed with heart, and Boynton and Walsh-Peelo have sweet, endearing chemistry together that ebbs and flows as their characters discover each other. It’s a wonderful on-screen relationship that is convincing and perfectly sweet and cute, with its share of heartache.

We don’t see a lot of them, but Aidan Gillen and Maria Doyle Kennedy as Connor’s squabbling parents are briefly wonderful. There’s a hint of a deeper story there too, but there’s really not enough time to delve into it. That’s not really a complaint, since Sing Street‘s running time is nearly perfect, but I do wish we could have seen a little more of both great actors. 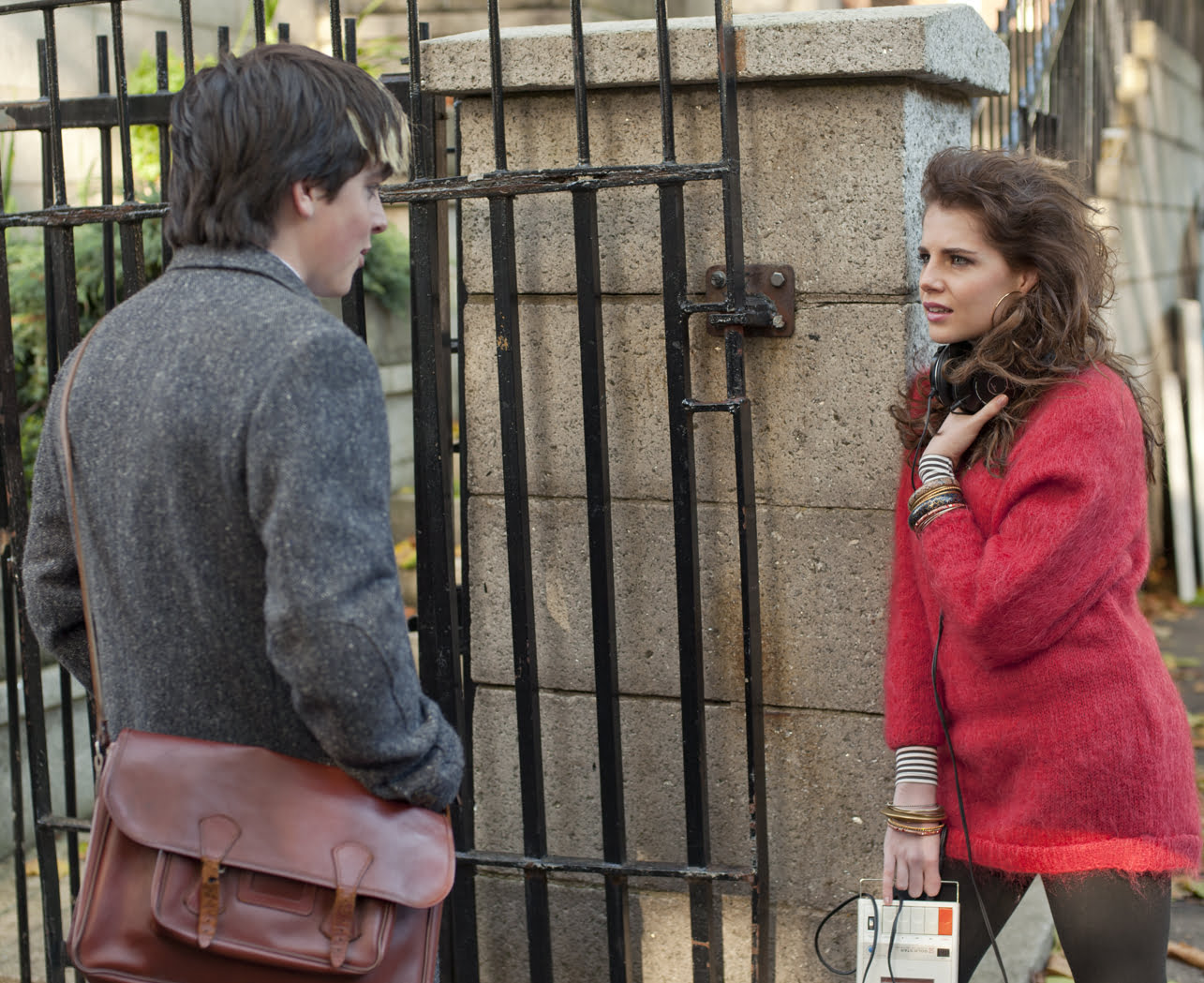 What I also find amazing about the film was that it made me re-appreciate a band that I already love. Hearing a few moments of The Cure’s “In Between Days”, to help explain the idea of being happy/sad, was frankly a perfect explanation, and there’s no better explanation for the 80s, or Sing Street itself. The film is the charming convergence of happy/sad, but it certainly leans more towards the happy side, even if the nostalgia and sense of loss are there too.

Finally, Sing Street impressed me because it’s not just about a boy trying to win a girl. The film’s fraternal bond runs deep. That touching realization roots Sing Street as more than just a romantic coming of age film, and adds lovely depth to the story.

Thanks to every moment, from the hand clapping tracks, to the music videos, and the luminescent Lucy Boynton, Sing Street is a must see. It’s a beautiful film, and I can’t wait to see it again. And watch for Sing Street at the next Oscars, at the very least for the fantastic music.

Sing Street opens in Toronto today, in Montreal and Vancouver on April 29, and expands to select Canadian cities on May 13.