Review: ‘Unlocking the Cage,’ a documentary by Chris Hegedus and D.A. Pennebaker

Unlocking the Cage, the latest documentary from acclaimed veteran filmmaking duo Chris Hegedus and D.A. Pennebaker, takes a look at one man’s quest to grant certain animals the same rights as human beings. It sounds like a thorny subject that plays out on a slippery slope, but Bostonian animal rights lawyer and crusader Steven Wise certainly has a point. After all, if the American judicial system can bestow corporations and cities with the same rights as human beings, why not extend those same liberties to actual living creatures?

Inspired by the work of Australian philosopher and animal rights advocate Peter Singer, Wise founded The Nonhuman Rights Project. The goal of Wise and his staff of seventy volunteer lawyers and advocates is to gradually introduce legislation that can help provide for the lives of animals living in marginalized conditions in cases where the system has failed these creatures. Sometimes The Animal Rights Act and anti-cruelty statutes aren’t enough, especially with regard to certain animals – most notably primates and elephants – have exhibited high amounts of intelligence and cognitive abilities.

Hegedus and Pennebaker (Don’t Look Back, The War Room) never skew the material to make the work of Wise organization more than it has to be. Grand, sweeping statements about the need to shut down all zoos or the benefits of going vegan aren’t present here, and that’s not Wise’s intention. The goal is to start small in order to put necessary change into action.

It’s a painstaking process, as Hegedus and Pennebaker follow Wise and his fellow crusaders on a quest to find two primates living in the hands of private or public owners that are either being abused or living in unjustifiably poor living conditions. Once suitable cases are found, Wise would then seek a writ of habeas corpus (defining unnecessary confinement unfit for human beings) so the primates could be moved to more suitable sanctuary. 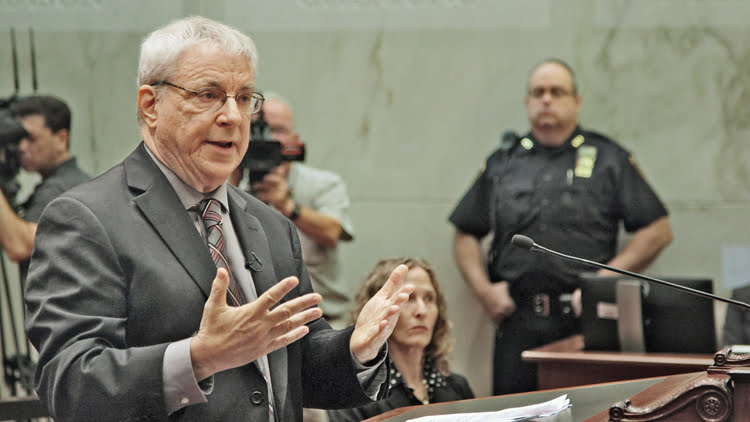 It proves tougher than it looks. In one case, Wise finds himself conflicted in trying to use a privately owned chimpanzee as a candidate because the owner is a decent person who rescued the animal from an even worse, far more abusive situation. In some cases, Wise’s staff finds chimps in such deplorable conditions that the animals die from depression related complications before the legal team can move into action.

Unlocking the Cage is heartbreaking without being overbearing. Wise has a reasoned, rational argument that most people choose not to understand; drawing a semantically defined but morally hazy line around what separates animals from humans. His battles start off frustrating, and while it’s tough in the early going to watch him almost get laughed out of a courtroom by an uncaring judge, Hegedus and Pennebaker also include evidence that Wise, while a brilliant thinker and lawyer, still hasn’t fully mastered a method of discourse capable of getting his message across. (Then again, in the film’s most interesting twist, the more intelligent judges in higher courts seem far more capable of understanding than lower level judges.)

By the end of Unlocking the Cage, no matter where people personally stand on issues of animal captivity, it’s hard to imagine anyone thinking that nothing should be done and that humans should keep on treating animals the same way they have for centuries. Hegedus and Pennebaker present a rational argument with no bias needed, and the results are compelling.

Unlocking the Cage opens on Friday, August 19, 2016 at TIFF Bell Lightbox in Toronto and The Loft Theatre in Coburg, Ontario. It will screen as part of Cineplex’s Front Row Events programming on August 20 and 24 in Halifax and Calgary. It opens in Montreal at Parc Cinema on Friday, September 2.

Watch the trailer for Unlocking the Cage: