Review: ‘The Girl on the Train,’ starring Emily Blunt 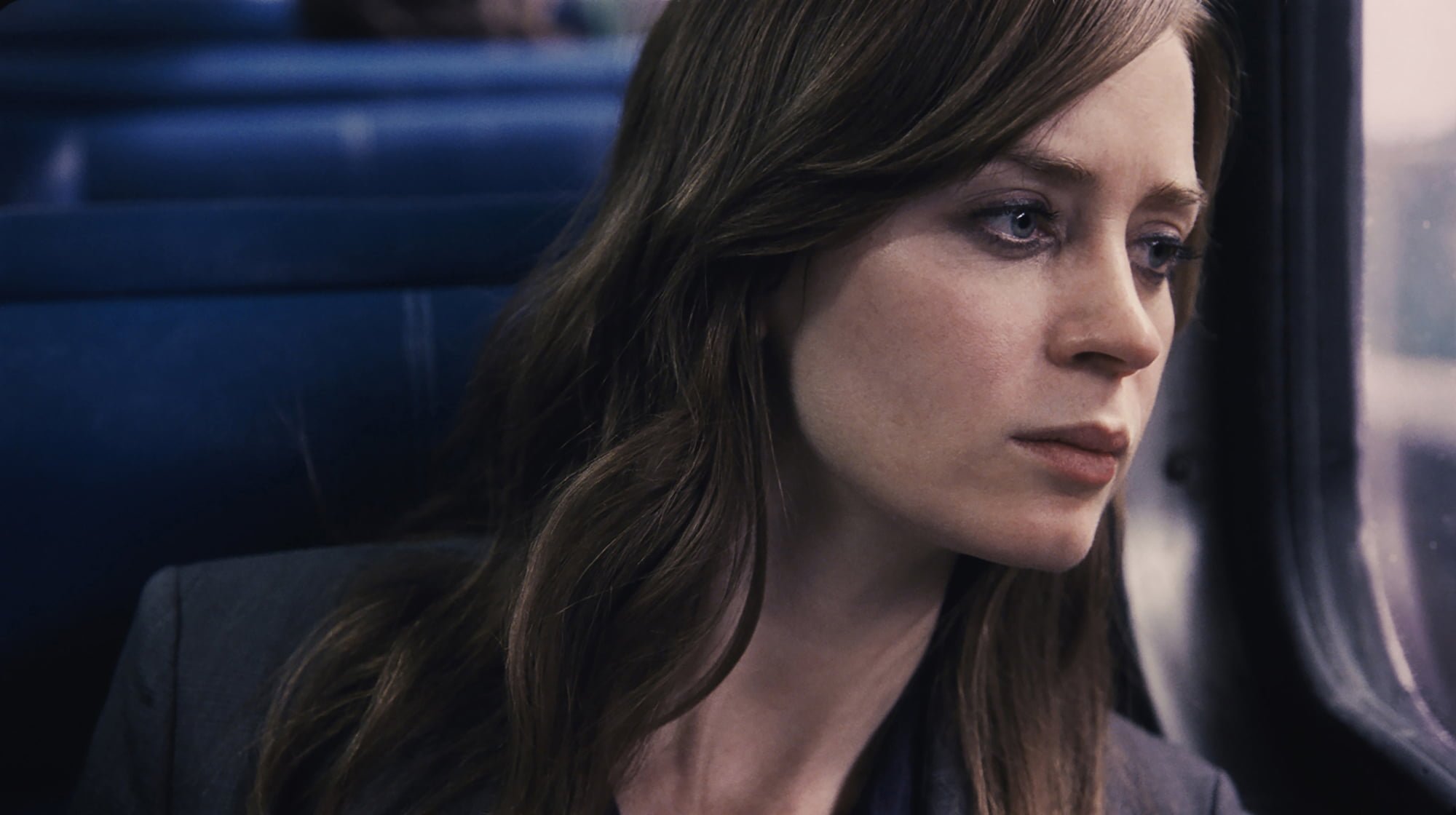 Most people will know going in that The Girl on the Train is an adaptation of a wildly successful bestselling novel. If you didn’t know that it was, the cinematic adaptation of Paula Hawkins work from director Tate Taylor (The Help, Get On Up) will be more than happy to remind you of this. Shockingly dull, inexcusably drab, and listlessly paced, The Girl on the Train feels about as exciting as being locked in a room with someone explaining what they just read to you for almost two hours instead of acting it out in any sort of cinematic fashion. If it weren’t for an outstanding leading performance at the heart of it all, there’d be no reason at all to bother sitting through this. There aren’t enough adjectives in a thesaurus to adequately describe the dullness of this film.

Moving the action from the Hawkins’ British set novel to the wealthier suburbs around New York City, Tate and screenwriter Erin Cressida Wilson (Chloe, Men, Women & Children) mount a time shifting tale of abuse, control, lost memories and murder around Rachel Watson, played by Emily Blunt. Rachel is a trainwreck alcoholic and out of work PR expert two years removed a failed marriage to Tom (Justin Theroux), who now has a baby with Anna (Rebecca Ferguson), the woman Tom used to cheat on Rachel. Every day en route to “work” via a commuter train, the troubled and clearly disturbed Rachel (who’s also known to stalk Tom and Anna) looks upon her old life with melancholy, finding solace in a love story she has concocted in her mind surrounding Tom’s new neighbours: Megan (Haley Bennett), the nanny of Tom and Anna’s child, and Scott (Luke Evans). Rachel thinks Megan and Scott have a perfect life, but she begins noticing cracks in their blissful looking marriage when she thinks she spies Megan having an affair from her distant viewpoint on the passing train. In one of her drunken stupors, Rachel gets off the train, blacks out, and she wakes up back home covered in her own blood. She also learns that Megan has gone missing and that she might be one of the prime suspects.

It all sounds very great on paper, and I’m sure there’s a great story to be spun from such a plot or else no one would have bought Hawkins’ novel. I personally haven’t read Hawkins’ work, but I was assured by many people around me at the press screening familiar with the source that Taylor and Wilson’s adaptation is faithful in almost every way. That makes sense since the film comes complete with chapter stops of sorts, so many that every time the film shifts its narrative backwards or forwards days, months, or years at a time (depending on whose perspective the story is being told from) that it all becomes meaningless. Every line of dialogue – almost all of which is dry exposition – seems ripped from the pages of the book. It doesn’t feel like anything has been done to punch things up with Wilson’s script coming across as if she just copy and pasted entire swaths of a book into a screenplay template without questioning if such slavish faithfulness would work on screen.

Spoiler: it doesn’t. One can’t merely expect faithfulness to a source to carry a film. While there’s a lot you can do with a camera and a lot one can do with the language of a novel, they aren’t the same thing, and Wilson and Taylor are entirely tone deaf to this. The Girl on the Train feels like an audiobook of itself, explaining a lot and showing little. There’s a feeling one gets from being at home under blankets, on the train to work, or sitting on a beach with a good book that emphatically does not translate to the big screen. Movies have to adapt a literary work to make it cinematic. A film can’t replicate the experience of sitting down and solitarily reading something engrossing. The Girl on the Train spends what little energy it has trying far too hard to remind the viewer that it was a novel first. It’s the exact opposite of what David Fincher did with the similarly themed Gone Girl, a film that doesn’t throw its source entirely out the window, but knows how to capture the feeling a twisty and pulpy story can stir in someone. 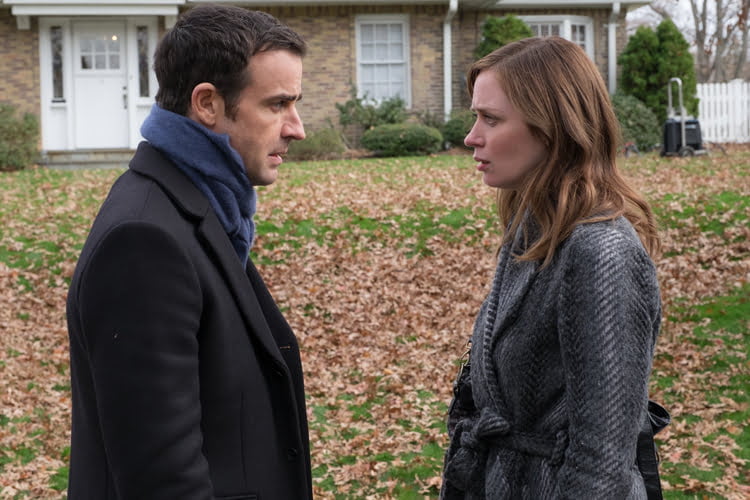 Watching the cinematic equivalent of an abridged audiobook means the audience has more time to visually process that this is all very silly stuff being told with an unearned, po-faced sense of self-importance. It’s a decent enough idea for a potboiler that has been written and reduced to the emotional level of a soap opera that would only be watched by octogenarians whose homes reek of mothballs mixing with the musty scent of undusted curios. If I wanted to read a book, I would probably stay home. If I wanted to watch a bad soap opera, I also would have stayed home. If I wanted to watch something that makes as little logical sense as The Girl on the Train, I would watch something with a lot more energy than this.

Not all of the blame can fall at the hands of Wilson, though, and the biggest weakness here is Taylor’s direction. If there’s a drabber looking studio picture this year, I certainly haven’t seen it. Taylor’s style here is nonexistent. This is the most rudimentary kind of filmmaking imaginable, which is shocking considering that The Help and Get On Up (despite their wealth of faults) looked and moved like vibrant films. So intent is Taylor on mirroring the world view of Hawkins protagonist that he has drained all colour and life from the film in the same way soap operas take away all but the most basic of scenery so the cast doesn’t have the temptation to chew on all of it.

Almost every shot in The Girl on the Train is a close-up on people’s pained reactions, and I’m not sure why. Xavier Dolan could barely get away with such a stylistic gambit in his recently released All the Time in the World, but that was a melodrama based on a stage play. Taylor is adapting a lurid page turner packed with sex, violence, double crosses, and big revelations and his decision to never show any sense of scope or lurking danger is a boring one. To only focus on Bennett’s thousand yard stare of apathy at her complacent marriage, Ferguson’s furrowed brows of confusion, and Blunt biting her dangerously chapped lips isn’t exciting. At every turn Tate forgets to make his thrillers about either the complexity of the characters or the tension of their situations and instead settles for the most nondescript form of filmmaking in order to make sure he got every bit of plot in there. When it comes to capturing the detail and effort of the make-up department, Tate does a fine job. When it comes to generating suspense and reminding the viewer that something dark and sinister is on the horizon, Tate seems at a loss for what to do.

I’d hesitate to call The Girl on the Train completely useless, although I really want to. No compliments I have about the cast would be strong enough to recommend the film, but everyone gives their best possible effort. Bennett and Ferguson are trying mightily to inject some life into their stories, and while they can’t overcome what they’re given to work with the effort is appreciated. In a clever, somewhat necessary bit of subversiveness, the men in the story are all given thankless roles (especially Edgar Ramirez as Megan’s shrink, someone who seems important until the film forgets about him), and they all cede to their female co-stars generously.

The only true saving grace of this lifeless picture is Blunt. Delivering far more than this material deserves, Blunt disappears fully into the tics, stumbles, and fits of tears her character constantly experiences, and what amounts is the best leading performance in an awful movie all year. Her greatness in the role might also be the reason why Tate’s direction is so lifeless. The film is built around this character, but on a visual level it shouldn’t be. Rachel is an outsider and an outcast from the society she looks upon, so she should feel out of place. Tate does Blunt’s performance an immense disservice by making the character look completely in her element. Instead of placing the viewer in the shoes of Rachel, however, it only serves to underline how The Girl on the Train is hollow, soulless, and devoid of anything approaching artistic merit or original thought. With her performance here Blunt creates the only thing remotely worth watching, but she might as well be putting on a one woman show of the same material in front of a white wall. The effect would be similarly short lasting.

This isn’t a film. It’s a glorified book club meet-up.

The Girl on the Train opens in theatres across North America on Friday, October 7, 2016.

Check out the trailer for The Girl on the Train: