DVD Tuesday is upon us, that special day when new DVDs hit the street, and MGM has a stack of titles to tempt you into that comfy chair in front of the TV. Call me crazy, but there’s something cool about a stack of weird and wonderful double features from the 80s, a few Elvis films, and then checking out the final season of Stargate SG-1. 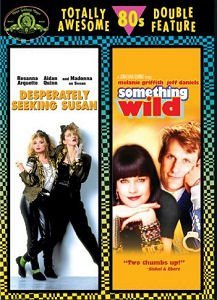 MGM’s vault may be stuffed with classics in just about every genre, but you can expect a little cheese with their latest collection of reissues – eight double features from the 80s. There’s certainly no lack of actual film stars, from Tom Cruise and Rob Lowe to Melanie Griffith and Uma Thurman, but they’re not exactly covering A-list material here. This is a fun collection though, if nothing else because of the laugh factor, and the chance to walk back down memory lane.

The first case I opened happened to be Losin’ It and The Last American Virgin. Both films follow the usual story of high school students hoping to lose their virginity, both films have their fare share of funny stunts and nudity, and surprisingly enough, both films have sweet, sappy endings. Losin’ It most notably features Tom Cruise as one of the sex obsessed high-schoolers headed to Tijuana, while Last American Virgin is probably made interesting by the huge list of 80s music playing throughout the film.

The combination of Desperately Seeking Susan and Something Wild probably encompasses the best double feature of the lot, mainly because the films are far more memorable 80s gems and have their share of decent stars and actors. It’s a little hard to take Madonna seriously (there’s something very weird about seeing Madonna bopping to her own song by a jukebox), but Desperately Seeking Susan is silly, funny, and you couldn’t mistake it for anything but a classic 80s film. Which brings us to Something Wild, a comedy gone thriller in the same vein as Desperately Seeking Susan where Jeff Daniels plays a man who gets dragged in a reckless ride by an exuberant Melanie Griffith. More of a thriller than a comedy, Ray Liotta turns the second half of the film decidedly darker, although no less enjoyable. 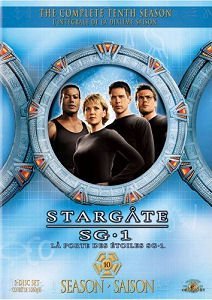 The final season of sci-fi’s longest running show has finally arrived on DVD, and as a fan of the Stargate: SG-1 series who didn’t quite stay on top of each season I have to admit it was a much appreciated collection to finally get my hands on. All 22 episodes are here with commentaries and featurettes on some of the big episodes, plus there’s the 200th episode, some of the best characters to grace TV, and that epic story arc we’ve come to know and love.

And can I just mention how proud I am that this show was filmed and produced in Canada? Well, I am proud, and I can’t think of another show that has run this long and been as consistently great.

If you’re new to the show, this isn’t the place for you to start – even just going back to season 7 or 8 would be enough to get you geared up for the show’s final season where the Stargate team faces off against the ultra-religious Ori.

And while a lot happens in season 10 the season largely revolves around the idea of saying goodbye. There are numerous episodes where the SG-1 team have to save the day, but the most outstanding episodes are a bit more personal. In the 200th episode, simply titled “200”, we get a comical look at what the team imagines as options for a movie loosely based on their adventures. And in the final episode, rather than a gigantic battle or a final mission to end all missions, we get a personal tale that might be the best goodbye I could imagine for the series. 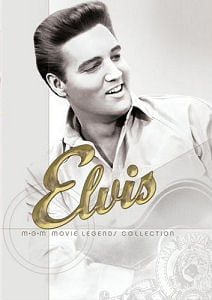 For the Elvis Presley fan who doesn’t own all of the King’s classic films you can now get four of his movies in this one MGM collection. Included are Clambake, Follow That Dream, Frankie and Johnny, and Kid Galahad. Perhaps not the legend’s best films (those would have to be Jailhouse Rock, Viva Las Vegas and maybe Blue Hawaii), these are still fun films, and they show off the King’s real talent: singing.

The only down side would be the lack of any features on the star, so hardcore fans may not get quite as much out of this collection, aside from the obvious pleasure of his singing voice and modest acting abilities.