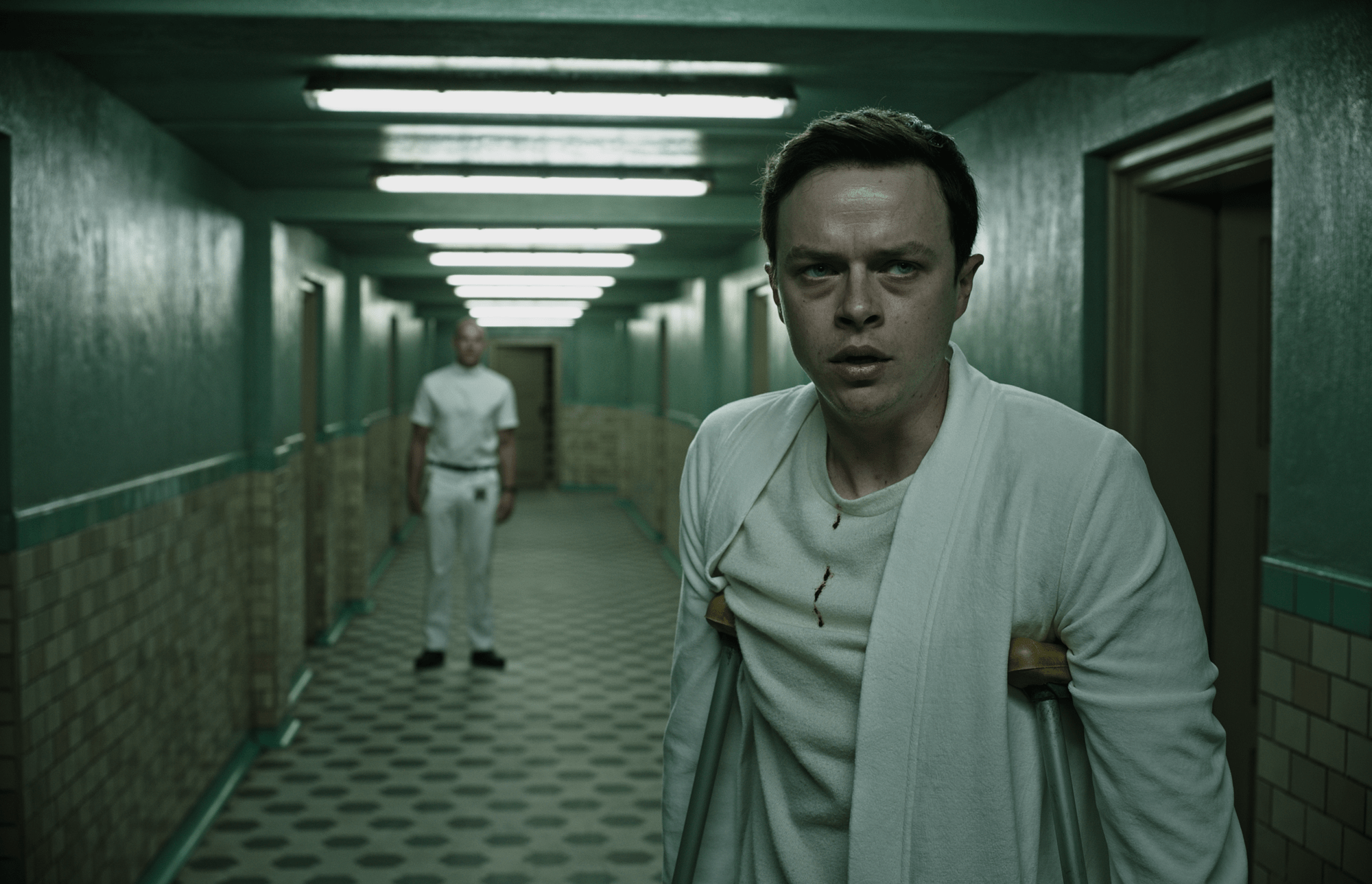 Overlong, repetitive, and paying more attention to production design than anything resembling character or narrative, Gore Verbinski’s return to horror with A Cure for Wellness is the definition of a painful slog. It’s a simplistic, overwrought, melodramatic chiller that will appeal primarily to people who like pretty images and clichéd atmospherics and don’t care that they’re being force fed the same two or three story beats over and over again without deviation for an ungodly two and a half hours, building to a twist reveal so botched and so obvious that it only works if the viewer has never seen a horror or fantasy film in their life. It’s an auteur driven picture made by someone who doesn’t realize how low they’re aiming, thinks what they’re delivering is a somehow brilliant treatise on “how we live today (TM)”, and must think their audience is comprised of either like-minded Capital-A artistes or rubes worthy of being held in contempt. In the end, it’s a picture made for no one except Verbinski’s misbegotten, rampaging ego. Every passing second of A Cure for Wellness was like a journey through hell, but not in the kind of ways that a good horror film could approximate those same feelings.

Lockhart (Dane DeHaan) is a selfish, power hungry young buck in the business world, but when his firm discovers irregularities in his accounting practices, he’s sent on a special assignment in exchange for keeping his job. His company is on the verge of a multimillion dollar merger, but that can’t go through unless a current executive (Harry Groener) takes the fall in an SEC investigation. The executive – a health nut with ruthless business practices – vanished to a health spa of some sort in the Swiss Alps, sending back a letter to his colleagues that he has discovered the truth to life itself and that he can never return. Lockhart is sent to retrieve the exec from the strange sanitarium and aquatherapy centre run by Heinrich Volmer (Jason Isaacs), an obvious evil genius from the moment the character appears on screen. While in the Alps, Lockhart gets into a horrific accident and becomes a patient at the facility. As he convalesces and gets to know a mysterious young woman who has spent her entire life at the facility (Mia Goth), the naturally skeptical Lockhart realizes that no one wants to leave the compound and that Volmer’s treatments might be doing the patients more harm than good.

Initially, there’s a spark of hope that A Cure for Wellness might have some sort of allegorical point. The idea of a nefarious health clinic where wealthy people try to cleanse their toxicity of their existence via the most obvious methods possible (drinking a ton of water) has a cheeky hook that could have sustained a corker of a story that’s roughly a third of the length of this. Verbinski (The Ring, The Lone Ranger, the original Pirates of the Caribbean trilogy) and screenwriter Justin Haythe (Snitch, Revolutionary Road) want to say something about the nature of privilege and how status rarely changes across generations, but instead of actually coming up with anything to say about it, they simply set up a bunch of set-pieces and easily telegraphed often repeated bullet points that take the place of real substance.

Verbinski lovingly bathes the 1940s looking hospital in white, green, and blue hues and the countryside around it in earthy tones, but he can’t be bothered with making something out of the story’s trite and largely inconsequential beats about incest, pure bloodlines, creepy secret catacombs, and a plethora of writing eels. He wants the audience to revel in how great the tiles look. He wants them to marvel at the novelty of seeing so many old school iron lungs lined up in the same place at the same time. It’s like watching someone set up a stage for a ballet, only the dancers, orchestra, and writer never arrive.

For literal hours, Verbinski – never one for subtlety, restraint, or common sense – plays the same note on the keyboard over and over again. Lockhart will investigate something. He’ll get a tidbit of information that the audience could have guessed before the main character found it. He’ll get stopped by Volmer or one of the hospital’s attendants. He’ll be forced back into treatment. Everything will start up again 10 to 20 minutes later. If the story beats weren’t ripped off from countless thrillers of the 1960s and 70s (films so short you could watch three of them in the time it takes to watch A Cure for Wellness), this might have worked. But the second you know a key detail about Goth’s blank slate of a love interest and her relationship to Isaac’s so obviously evil doctor, the film falls apart, and Verbinski and Haythe coyly act like the audience is too stupid to figure out such an obvious final reveal. They don’t want you to pay attention to how the story comes together and that the same things happen over and over again. They want you to note how cool those blue vials of “vitamins” look, or how light hits DeHaan’s face, or how creepy and not at all silly that constantly flapping toilet tank lever in Lockhart’s room looks. If you’re distracted by all this and you’re shocked by Volmer’s true identity, you need to get out of the house more and watch better movies. 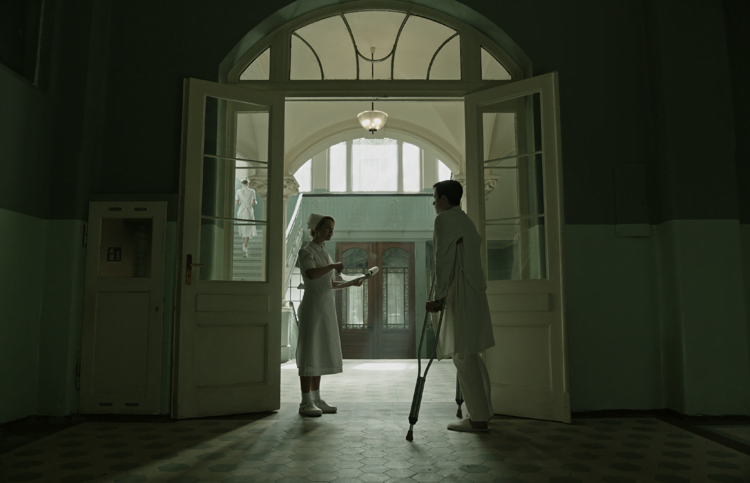 For the first hour of A Cure for Wellness, I wondered how long Verbinski thought he could get away with this. For the second hour of A Cure for Wellness, I was positive that I was being condescended to. As the film crossed the two hour mark, I was furious with my time being wasted. It’s sometimes fun to be jerked around by films with something to say or stories that play with genre expectations. It’s never fun being jerked around by a fraudulent piece of art, especially one that in its not at all surprising, laughably self-indulgent climax finds ways of ripping off Heaven’s Gate, The Wicker Man, and the 1991 slasher Popcorn at the same time. Verbinski also goes out of his way to include a sleazy attempted rape scene that has no real purpose being there. It’s not even on a thematic or moral level that this doesn’t work or how the film has continually shown a contemptible view of women in general, but because the twist surrounding it is so obvious that it just drags things out further. It becomes more self-indulgent and therefore even more reprehensible; a further waste of time that only exists to make the viewer feel awful. I was already too angry at the film to get any angrier that I was watching a sexist, baiting piece of garbage. It’s a perfectly sour conclusion to an already sour and unlikable film.

But as much as I have railed against A Cure for Wellness and Verbinski’s continued dubious stabs at becoming a serious filmmaker (something he should have tried after the underrated The Weather Man),  I can’t say that there’s nothing to praise here. DeHaan and Goth are certainly earning their paycheques. The production design is top notch, and Verbinski makes sure all of it looks nice and pretty or dark and spooky whenever the mood strikes. But these are all commendable elements worthy of something that isn’t a slapped together, narcissistic, out of control epic from a once promising filmmaker who has fully lost their way.

A Cure for Wellness opens in theatres everywhere on Friday, February 17th.

Check out the trailer for A Cure for Wellness: