Director, writer, and actor Jay Baruchel talks about ‘Goon: Last of the Enforcers’ 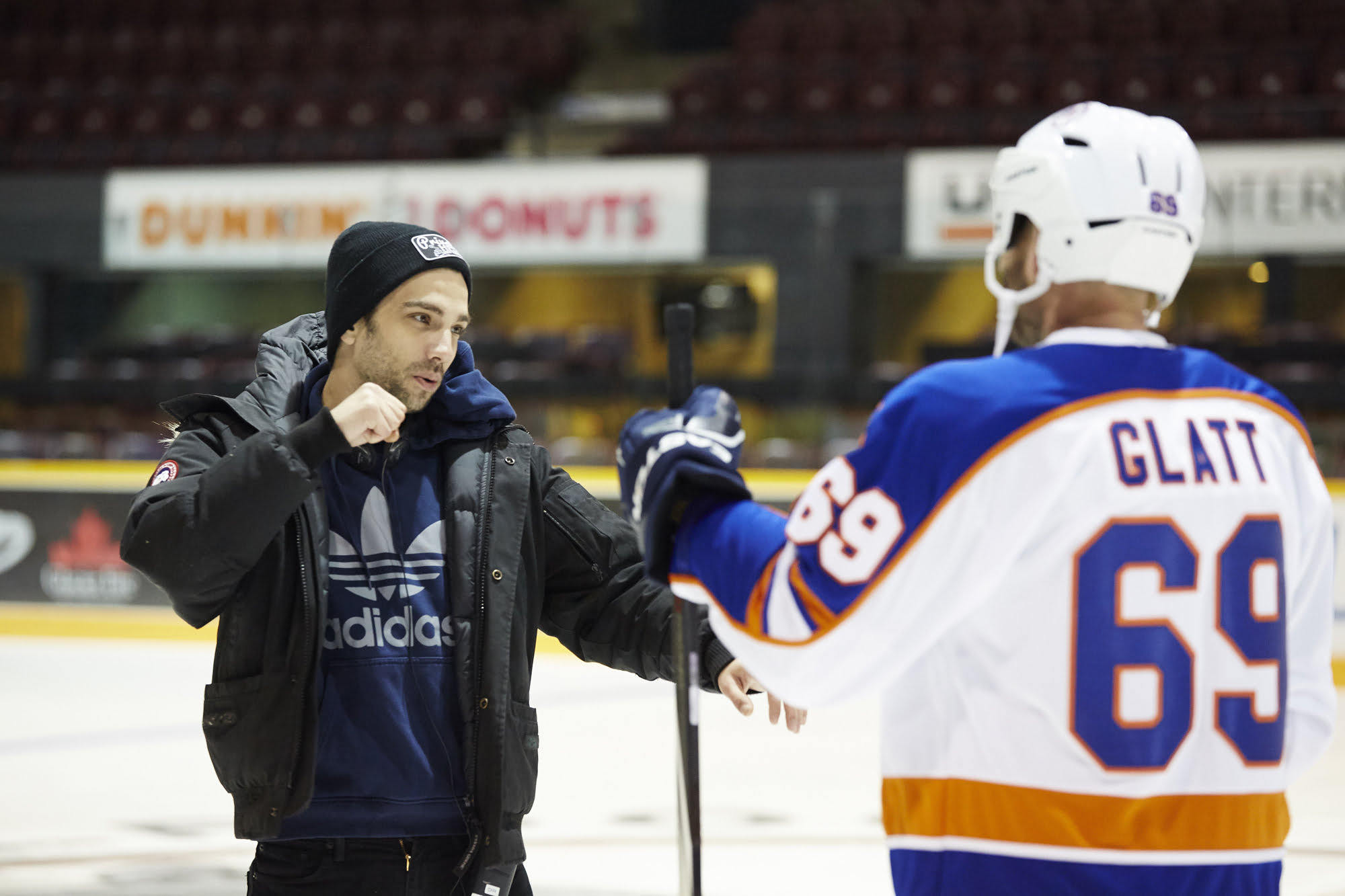 In 2011, actor and writer Jay Baruchel brought audiences a labour of love that would go on to quickly become one of the most widely embraced Canadian films of all time. Goon chronicled the meteoric rise of tough guy hockey player, but gentle soul Doug Glatt (played by Seann William Scott), a Jewish bouncer from small town Massachusetts who would become the most feared enforcer for the Halifax Highlanders, a minor league squad made up of misfits and pro league burnouts.

Goon: Last of the Enforcers brings together the cast of the first film, and it finds Doug Glatt at a crossroads in his career. After getting his ass handed to him by an up and coming total package player, Anders Cain (franchise newcomer and former hockey player Wyatt Russell), Doug is forced into an unwanted early retirement from the game he now realizes he can’t live without. Not only can Doug not afford another injury for his own physical well being, but his wife, Eva (Alison Pill), is expecting their first child. His old team is experiencing a lack of morale under the leadership of Cain, and the call of the ice proves to be overpowering to Doug, who suits up and starts training with his former rival, Ross Rhea (Liev Schreiber), to make a final triumphant return to the game.

We caught up with Jay Baruchel on the afternoon of the premiere of his directorial debut to talk about creating realistic hockey sequences on a small budget, Massachusetts sports fans, the joys of creating a character like Doug Glatt, and why a character like Doug is capable of bringing out the best in everyone around him.

Goon: Last of the Enforcers hits theatres across Canada on Friday, March 17.

Goon: Last of the EnforcershockeyJay Baruchel