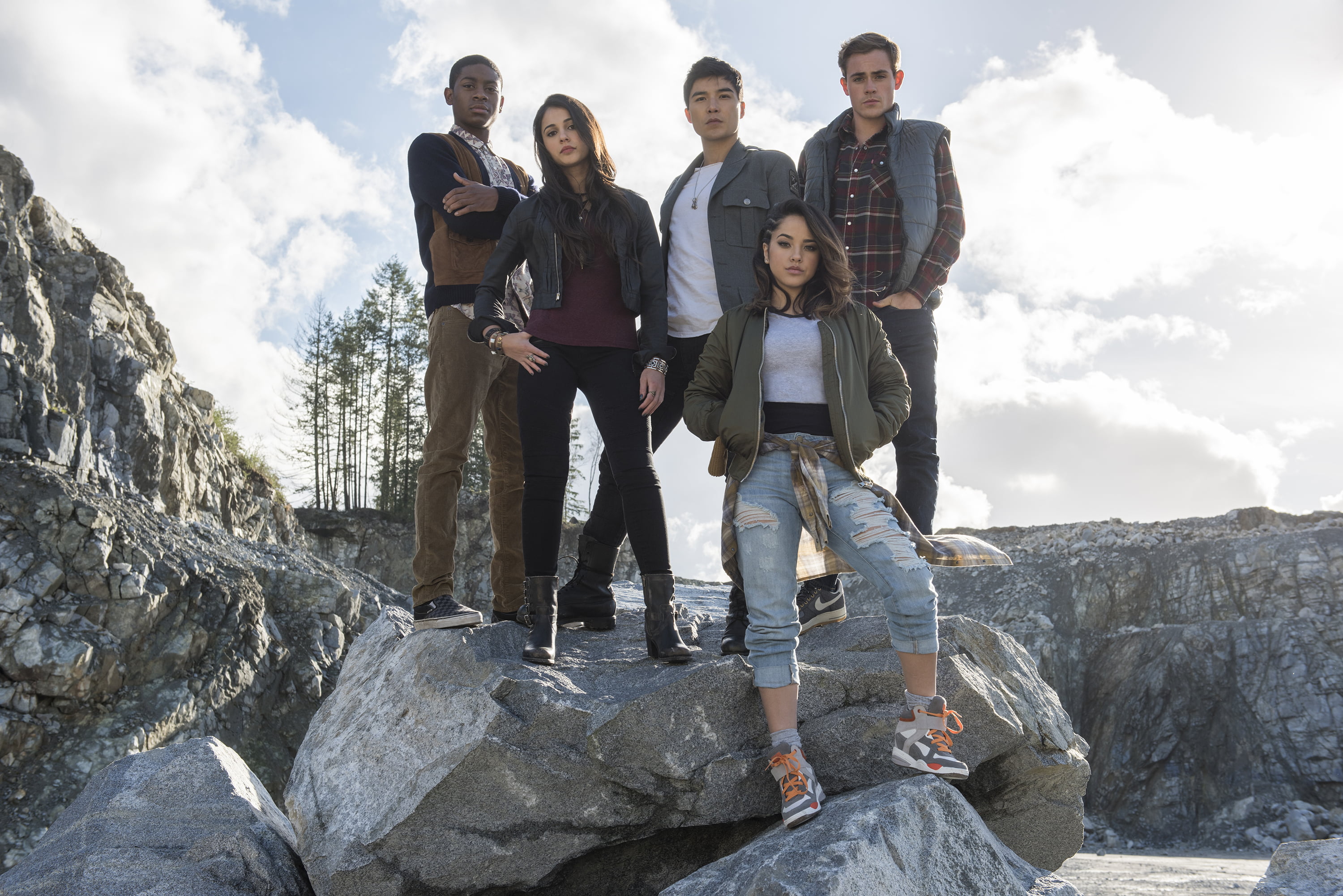 What is it like becoming a Power Ranger? When I asked three of the stars of the Power Rangers how it felt to jump into the costumes, Dacre Montgomery, Naomi Scott, and Ludi Lin, admitted that it hadn’t really started to sink in yet until they were promoting the film.

“No, look–it’s crazy,” Dacre Montgomery said. “It’s been such a wild day because, for the first time since we shot, and the film has been in post [production], it really feels like it’s coming to life just today and yesterday because we started the promotional tour. I’m suddenly getting a feel for really how much it does mean to everyone.”

“The weird thing is,” Naomi Scott said, “in Times Square, it was crazy–we were there last night–and it was absolutely mental, but it’s weird because sometimes you actually do look, and it’s like, ‘Oh, that’s the Pink Power Ranger.’ You don’t connect it to yourself. I don’t think it’s sunk in, basically.”

Click the image above to watch the interview with the trio of stars.