For the documentary Sacred, director Thomas Lennon has cobbled together the footage of forty filmmaking teams from around the world to create a look at how religious beliefs impact daily life. It’s a great idea for a long-form series, or possibly a trilogy of movies based around the subjects and themes at hand, but it strains to find any sort of footing as a feature, despite a refreshing lack of posturing and a wealth of good intentions.

Lennon divides the footage he has generously been provided into three categories: Initiation, which covers birth to teenage years, Practice, covering adulthood, and Passage, covering one’s twilight years. It’s an interesting structure, and on paper a sound approach to looking at the varied and numerous systems of belief around the world. Each period of a person’s life comes with a different set of customs, rituals, and practices that are determined by age.

The problem isn’t so much in the approach as it is in the execution and lack of overall depth. Clocking in at barely over 80 minutes, some stories get developed more than others, and some tantalizingly intriguing looks at religious practices rarely seen on camera as jettisoned to the side for more easily palatable human interest stories with bigger emotional hooks. The approach of all the crews working on Sacred is uniform in style and substance, meaning that although a lot of different voices are being heard on camera – from orphans in Pakistan to a man burying loved ones who died of Ebola in Africa to a leader of an online prayer community in Connecticut – they all have the same static feeling when put on camera. Any one of the stories captured in Sacred could be its own film, but to have them told in the exact same way throughout feels inorganic and slightly disingenuous. 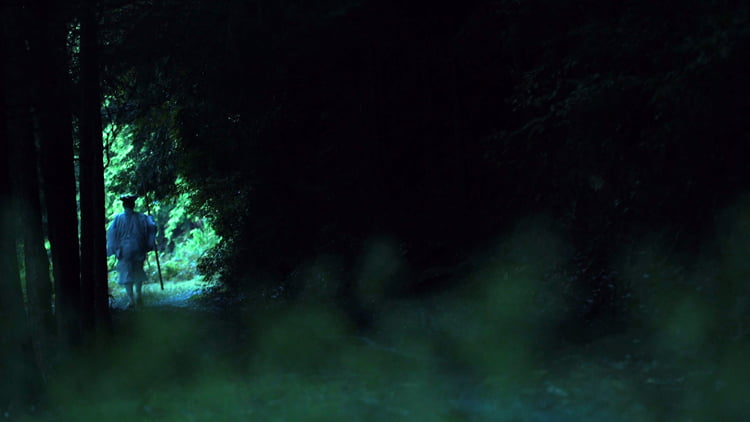 There’s also a lot of overlap thematically between all three sections that blur the lines, with some stories fitting better in other parts of the film than where they’ve been placed. Sacred has a less than sound sense of construction and flow, and not because of any sort of purposeful experimentation with documentary form, but rather because it staunchly wants to remain uniform and neat throughout. This is a problem that could have easily been fixed if Sacred was a 40 part series, or even if it had been split into three separate feature films where the parallels could be more subtly coaxed from the footage, but Lennon can’t help but follow what he finds personally interesting instead of letting the audience decide for themselves. It purports to be a film for everyone to learn and grow from, but it all comes from the singular point of view of the person putting the footage together. The editorial decisions necessary to make Sacred couldn’t have been easy, but pondering the decisions made by Lennon sometimes strikes as more interesting than the film itself.

Considering how frequently and regularly religions clash and differ throughout humanity, Sacred feels unnecessarily homogenized, despite remaining understandably and admirably objective in its aims to never place one system of beliefs in a negative light when compared to others. I think it wants to be a film about celebrating differences and making people take note of similarities, but Lennon provides what I like to refer to as “the LIFE Magazine” version of a documentary on his intended subject. Sacred, stripped of any sort of length and depth to work with, provides snapshots of life that unfold as they would on several pages of a magazine, with maximum imagery, minimal verbal input, and some passages given more space to work with. It looks fine, and some of the stories captured are thought provoking and moving, but Sacred has trouble coming up with the sum of its parts.

Check out the trailer for Sacred: