Review: ‘Harry Potter and the Philosopher’s Stone’ in concert 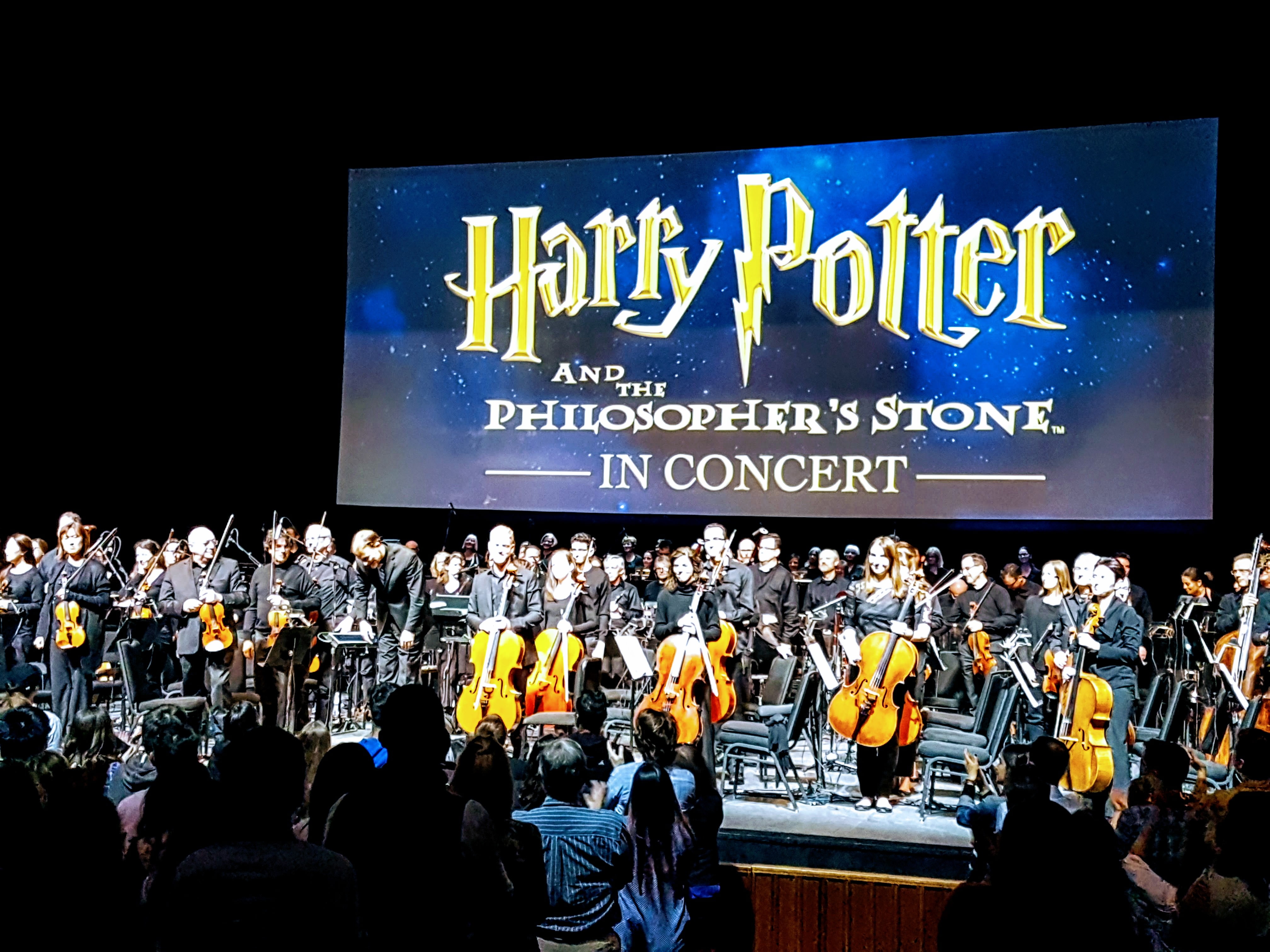 Movie scores are magic. Most of the time, we only experience that spellbinding effect from the other end of a speaker, months or even years after the orchestra has recorded them. Harry Potter and the Philosopher’s Stone In Concert is one of those rare events though that brings the magic alive, pairing the movie that started the film franchise with a live orchestra playing John Williams’ beautiful score right in front of you.

Performed by the Toronto Symphony Orchestra at the Sony Centre in Toronto, and conducted by Justin Freer, the president of CineConcerts and producer of the Harry Potter Film Concert Series, the night was a beautiful opportunity to hear the score in absolute high definition, live on stage with a 40-foot screen.

Sitting a few rows back from the stage, it’s a powerful feeling to hear the orchestra start to play as the opening credits begin. The music swells, and even as the film got moving I found myself watching the musicians as much as I was watching the movie. The experience is really moving, especially when you realize just how many people it takes to make the score come to life.

Before beginning, Freer encouraged the audience to get involved in the night by cheering or jeering for their favorite and most disliked characters and moments. At first that led to a lot of cheers every time someone showed up, from Richard Harris as Dumbledore to Daniel Radcliffe, Rupert Grint, and Emma Watson. The deeper in the film got though, the less the fans cheered, and I think it was because the music really is just too great to cheer over. You want to sit there and absorb it all, but it did still feel electric and alive, like a convention or something else that was made just for all the Harry Potter fans.

John Williams has crafted a lot of stunning scores over the years, including the music for every Star Wars film, Jaws, the Indiana Jones films, and the Harry Potter franchise. His work, like so many great composers, is powerful because it’s memorable, and has Williams’ iconic style written all over it, but it is wholly original, and speaks to the spirit of the film, and the characters. In the hands of Freer and the TSO, the music sounded perfect–alive, but just like you were plugged in to the original film score.

The film stands up well too after all these years. It’s been over fifteen years since Harry Potter and the Philosopher’s Stone came out, and the film is still fun, and funny, and it’s easy to get drawn back into the characters with the thoughts about where they are headed. The film also really feels nostalgic when you realize just how young the cast was back in 2001 when the film came out. Harry Potter is really a kid, and the score matches that mood charmingly, from the moment he releases the snake, to some of the kid-sized perils later on.

And sitting there, all I could think was how much fun it would be to see the rest of the films the same way. As the characters and story matures, so does Williams’ scores for each film.