Review: ‘Wolf Warrior 2,’ a film by and starring Wu Jing 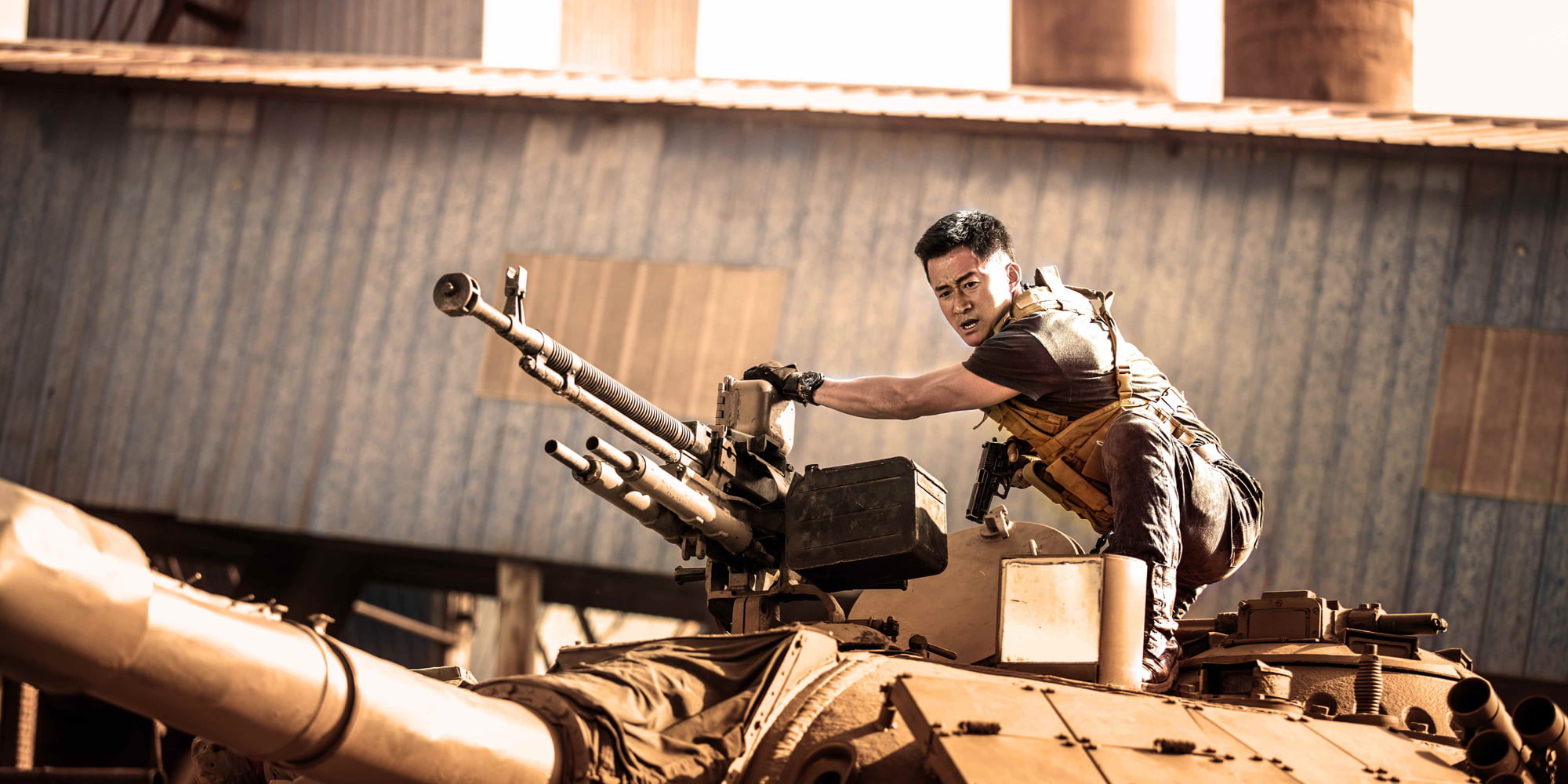 A sequel to director and star Wu Jing’s 2015 sleeper hit, Wolf Warrior 2 is a Chinese action thriller very much in the Rambo or Chuck Norris style. It’s bombastic, jingoistic, and makes little sense if you stop to think about how the characters are related to one another or how the plot is barely functional. That doesn’t mean it’s not a ton of fun, though, especially when it builds to a spectacularly memorable climax that gives the audience their money’s worth and then some. It’s a large improvement over its predecessor in almost every respect, and most likely marks the arrival of a new blockbuster Chinese franchise.

Don’t worry if you’ve missed the first Wolf Warrior. Everything you need to know about the previous outing and everything that’s happened between that film and this one is summed up succinctly in the first ten minutes. Leng Feng (Wu, probably best known to North American audiences from his high profile roles in the Kill Zone/SPL films) was once a highly decorated member of the Wolf Warrior squadron, which is basically the Chinese equivalent of the Navy Seals. At the start of Wolf Warrior 2, Leng Feng is several years removed from a demotion and a prison sentence after he beat a lecherous land developer within an inch of his life for endangering the lives of everyday citizens and disrespecting the memory of a fallen soldier.

Leng Feng now works for a shipping company based out of a non-descript, war torn African country. He’s trying to have a normal life, but also looking to track down the owner of the custom designed bullet her wears around his neck: a bullet that killed a loved one. Leng Feng once again finds himself in the position to help citizens caught in the crossfire of military violence when an African extremist group teams with a group of European mercenaries to overthrow the government. The Chinese government arranges for all of their citizens to leave the country immediately, but a high profile doctor and dozens more Chinese citizens are trapped at a hospital deep behind enemy lines. Outnumbered, outgunned, and with his own country’s military refusing to go into the war zone, Leng Feng begins a one man rescue operation. His mission will put him in direct opposition to the psychotic, warmongering Big Daddy (Frank Grillo!), the leader of the mercenaries and the killer our hero has been trying to locate. 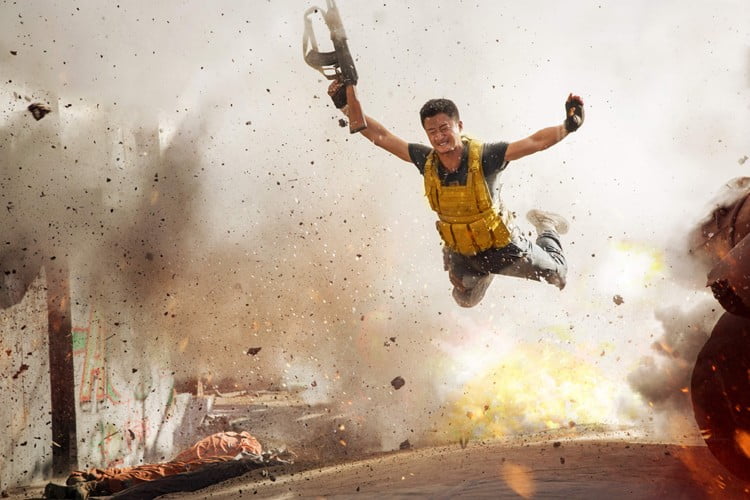 Wolf Warrior 2 most readily resembles Stallone’s last two Rambo pictures: a disgruntled former soldier whose ideals have been betrayed by his country’s wishy-washy military finds redemption in freeing oppressed peoples by any means necessary. It’s unsubtle, flag waving heroism that’s politically problematic by western standards, but by Chinese blockbuster filmmaking standards is downright liberal. It’s silly, sentimental, and jingoistic throughout, but that’s also what makes Wolf Warrior 2 so charming. It knows precisely what kind of film it wants to be, and it still entertains without making apologies. The story holds few surprises, save for an incredibly bleak and unexpected moment that leads into the climax. Cowards will be put in their place, those who previously doubted our hero will eventually join his cause, and Leng Feng will get the satisfaction he has been seeking. If you’ve seen one movie like this, you’ve seen them all, and Wolf Warrior 2 is no exception.

Wolf Warrior 2 wouldn’t be nearly as exciting and engaging without its star and director. Wu Jing plays a character capable of stopping an RPG in midflight with mattress springs, fighting pirates underwater with his bare fists, killing two people with the same shard of glass, and going on a silent rampage to take out an entire platoon with a bow and poison tipped arrows, and he’s quite good and believable at all of that. But outside of his own physicality and charisma, Wu Jing has also made a gorgeous looking action film that features a lot of elaborate, sweeping shots with numerous moving pieces and details. Wolf Warrior 2 is silliness that has been confidently directed by someone with a great eye for composition and action, and it looks far better that most of its eastern or western brethren.

It’s not all perfect in the action department, and Wolf Warrior 2, like many Chinese blockbusters, suffers from some dodgy looking visual effects, especially in the early going. But once Wu Jing hits his nearly thirty minute long climax, it’s clear that the filmmaker was saving whatever budget he had for the finale. And oh what a finale it is, managing to incorporate a helicopter crash and rescue, a tank battle, a heroic montage set to “Amazing Grace,” and a truly badass final brawl between Jing and Grillo that’s one of the best fights of the year. It definitely ends things on a high note, and Wolf Warrior 2 solidifies Wu Jing’s character as one worth following provided that the any other entries in a potential franchise are as exciting and entertaining as this one.

Check out the trailer for Wolf Warrior 2: