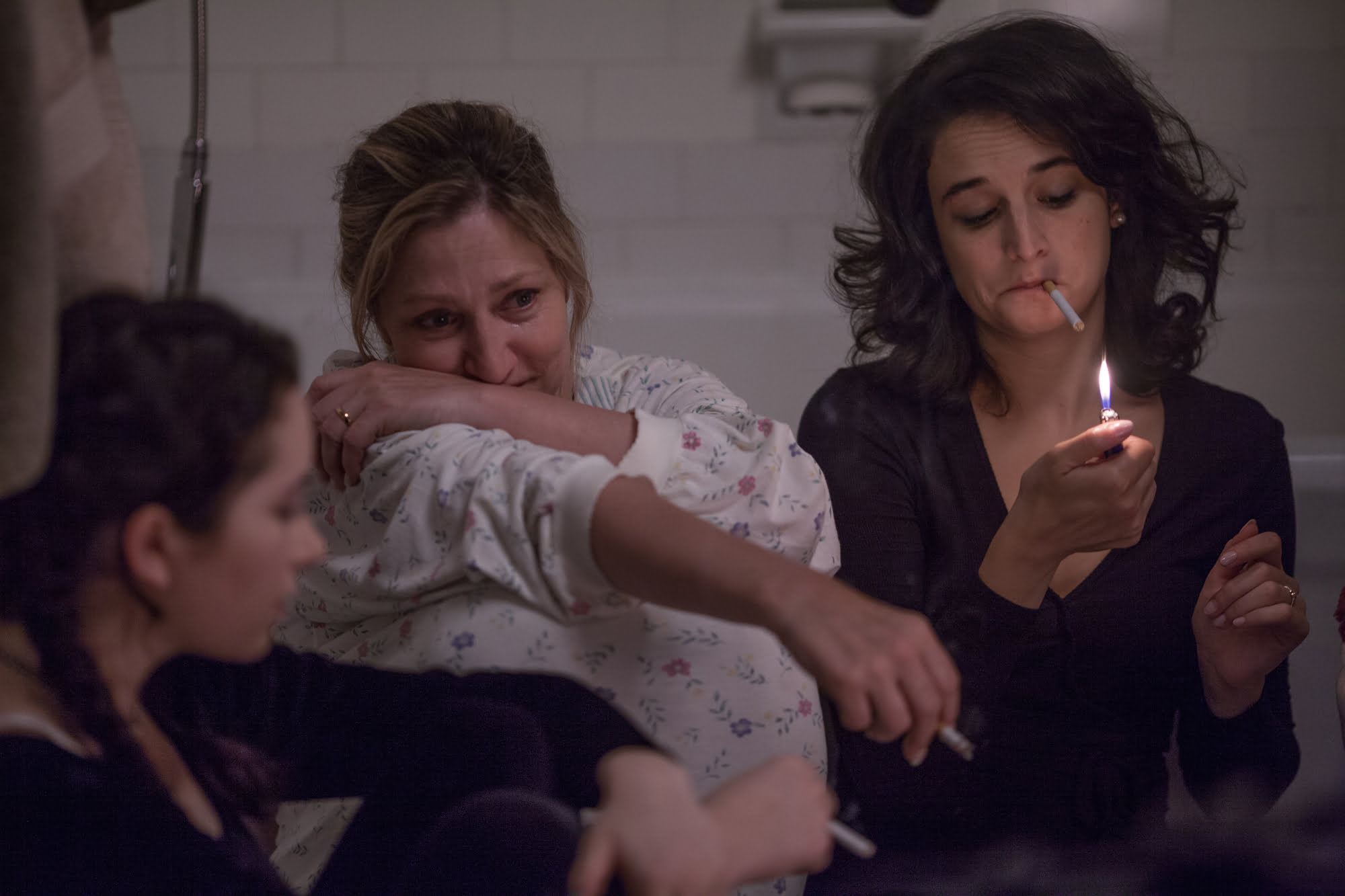 Replicating the dated style, tone, and pacing of a mid-90s indie comedy sounds like a recipe for disaster by today’s standards, but for her second feature, Landline, filmmaker Gillian Robespierre finds a way to make such outmoded and overdone techniques into something charming and compulsively watchable. It moves and feels like a film that could have been made in 1995 in addition to being set back then, and while that isn’t always a positive aspect to lean on, there’s a likability to Robespierre’s work that’s undeniable.

Landline concerns a Manhattan family in the throes of emotional and existential crises throughout the second half of 1995. Teenager Ali (Abby Quinn) isn’t sure if a budding relationship with the artistically minded Jed (Marquis Rodriquez) will last beyond her senior year. Ali has grown more adventurous and experimental, often sneaking out all night to the chagrin of her politically minded mother, Pat (Edie Falco). Ali’s struggling playwright and advertising copywriter father, Alan (John Turturro), seems to have fallen out of love with Pat, so it’s not hugely surprising when the teen stumbles upon evidence of dad’s infidelity that’s been left on the home computer. Ali has a push-pull relationship with her older sister, Dana (Jenny Slate), who is experiencing intimacy issues of her own. Dana has grown antsy with her loving, long term, and sexless relationship to her fiancée (Jay Duplass) and cheats with a former college hook-up. The previously antagonistic relationship between the sisters strengthens as they try to work through their problems and figure out a way to tell their mom that dad is cheating on her.

Robespierre and co-writer Elisabeth Holm’s story joins the main characters mid-stream and follows them from the end of the summer to just past Halloween. It’s a testament to the screenplay and Robespierre’s cast that nothing feels missing. The chemistry between the four primary leads is immediately identifiable, and although the details surrounding each of the characters aren’t dumped on the viewer immediately, nothing has been lost. Landline is built around people that are both simplistic and conflicted. They’re everyday people with average problems that have been heightened by proximity to a lot of various everyday stressors. It’s nothing we haven’t seen before, but a solid formula in the hands of Robespierre, who understands how to properly navigate such material. 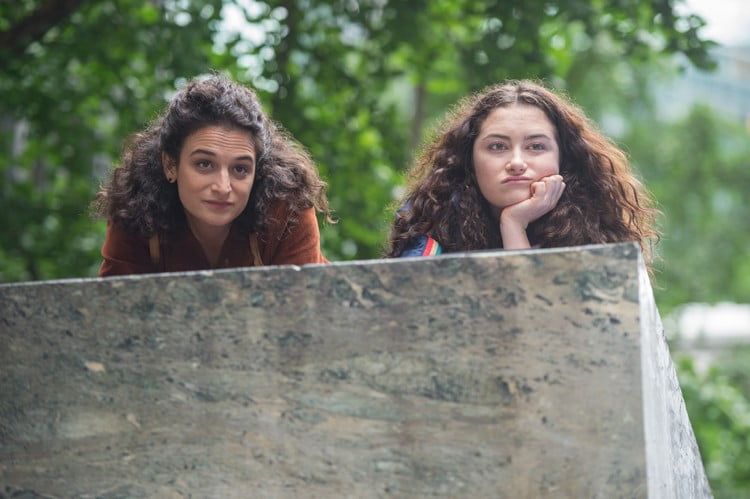 To put it that way is to perhaps unfairly suggest that Landline doesn’t push itself too hard to come up with an original story. The various threads set up by Robespierre (Obvious Child) have come trucked in from other easily recognizable tales of family and fidelity, and to everyone’s credit there isn’t a disingenuous attempt to hide any of that. It’s a relationship based comedy of errors that could take place in any era, but the characters here are likable enough across the board to warrant audience empathy and understanding. I’m not sure if the 1995 setting is all that integral to the story, especially when dated pop culture nods to the likes of Lorena Bobbit, NBC’s Must See TV, and The Sharper Image aren’t particularly funny or novel, but at least Robespierre and her cast commit to the gambit fully. Adopting a grainy aesthetic with more intricate camera movements than most indie films of this scope tend to have these days and never harping too heavily on odd period appropriate fashion choices, Robespierre’s touches outside the script are a lot more delicate and welcome.

Landline also offers a star making role to Quinn, who has great, natural chemistry with anyone she shares a scene with. Quinn and Slate look uncannily like real sisters, and they act like it. Ali’s conflicted relationship to her father – who’s the cool parent to her mother’s hardnosed stick-in-the-mud – feels rich thanks to Quinn’s rapport with an equally outstanding Turturro. This young actress even steals the film from beneath the already established Slate, but only because the Obvious Child star is doing something arguably more interesting, but potentially divisive with her performance.

Slate’s portrayal of Dana starts off scatterbrained and over-the-top histrionic, before settling into a depressed groove. At first, I wanted nothing to do with Dana and was ready to brand her annoying, but then I realized that Slate was doing that on purpose to depict someone bottoming out. It’s the rare example of a thought-out performance that comes with a learning curve for the viewer. I still think Slate gives a bit too much out of the gate, but I understand what it’s all in service of, and in the second half of Landline it all comes together nicely.

Much like the comedies and dramas it apes, Landline doesn’t stand out, but still has some humane insights on human nature, relationships, and family. It’s not a great movie, but it’s a nice, well meaning, and entertaining one. There’s nothing at all wrong with that.

Check out the trailer for Landline: