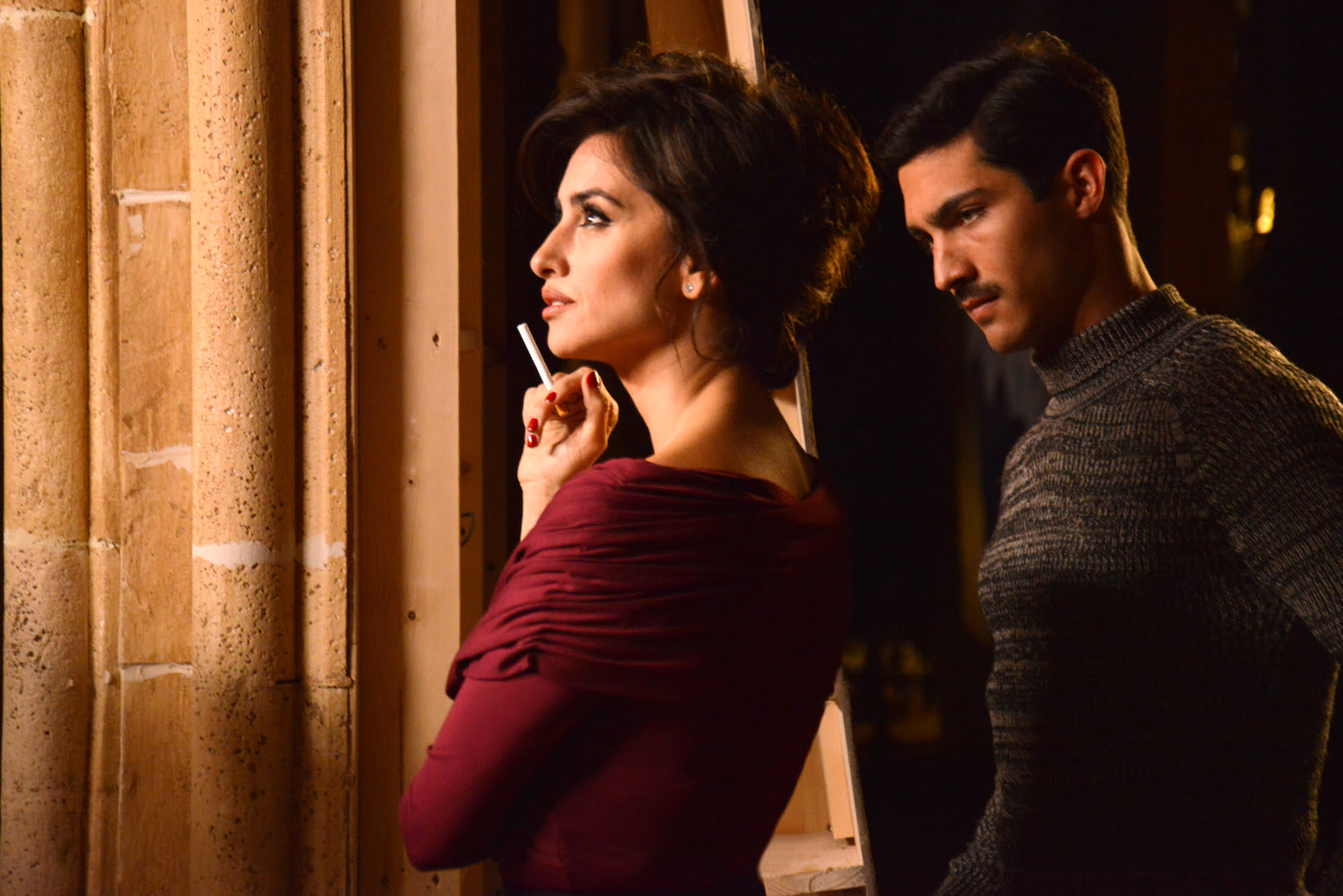 The cinema of the mid-twentieth century gave us a lot to love; too much to list in a review that isn’t expressly or specifically about some of the best films ever made. By that same token, there are plenty of tropes, attitudes, and practices that are best left forgotten about and uncelebrated. No one told that to Spanish filmmaker Fernando Trueba when he was making The Queen of Spain, a pointless, long gestating sequel to his 1998 backstage dramedy The Girl of Your Dreams. Unoriginal and old-timey in all the wrong ways, The Queen of Spain is the kind of film that only an octogenarian who hasn’t seen a movie in fifty years could love. If this were made in the 1940s or 50s and it weren’t a sequel, it would have slipped into the public domain by now with no one clamouring to claim ownership over it.

Although Trueba (Belle Époque) opens The Queen of Spain with a refresher and quick rundown of what has happened since the events of The Girl of Your Dreams, the previous entry is unquestionably a prerequisite to have even a passing interest of what’s happening with the long list of returning characters. It’s not worth approaching or even attempting to engage with The Queen of Spain without having first watched its nearly twenty year old predecessor, so if you haven’t seen it, you can stop reading here and know this isn’t for you unless you want to feel completely disengaged and alienated by what you’re watching. Even if you have seen The Girl of Your Dreams, The Queen of Spain offers uneven, woefully diminished returns.

Instead of its predecessor’s World War II setting, it’s now the 1950s and actress Macarena Granada (Penélope Cruz) has become a superstar with an Oscar and a high profile divorce under her belt. Her next project finds her returning to her homeland of Spain – now under the rule of Franco – to portray Queen Isabella in the country’s most expensive motion picture to date. It’s to be directed by a drunken burn out working on his 192nd film and has a screenplay courtesy of a blacklisted Jewish-American writer (Mandy Patinkin). The project isn’t only a homecoming for Granada, but also for the lovelorn Fontiveros (Antonio Resines), a production hand who still harbours a crush on his former lover, Macarena. The shoot is a nightmare thanks to the John Ford-esque director’s resolute indifference, a sexually predatory gay leading man (Cary Elwes, turning in the worst and most uncomfortably over-the-top performance of his career), and a constantly spying political regime. But when Fontiveros is arrested and transported to a labour camp without being told what he’s being charged with, it’s up to Macarena and the film’s misfit crew to balance their on-set duties with the construction of a rescue plan for their friend.

The Queen of Spain reeks of the kind of vanity project that was made because it could be made, but no one stopped to ask if it was a film that should be made. Trueba’s vibe throughout The Queen of Spain is one of “getting the band back together,” but in this case the gang should have probably been left alone. The set-up is rushed, forced, and illogical, but worst of all, it’s unoriginal. People reconnect with one another from seemingly out of thin air, and Trueba takes it all on blind faith that anyone outside of the cast or filmmakers will care. Characters are reintroduced at a pace so blistering and tightly packed that I can’t remember a line of dialogue that wasn’t expository coming along until almost the thirty minute mark. The Queen of Spain is like being an outsider stuck at a party they were never invited to attend, and everyone on screen is having much more fun than the people forced to watch them. I don’t doubt that the on-set reunion of everyone was fun or nostalgic, but they certainly aren’t giving the viewer anything worth watching. 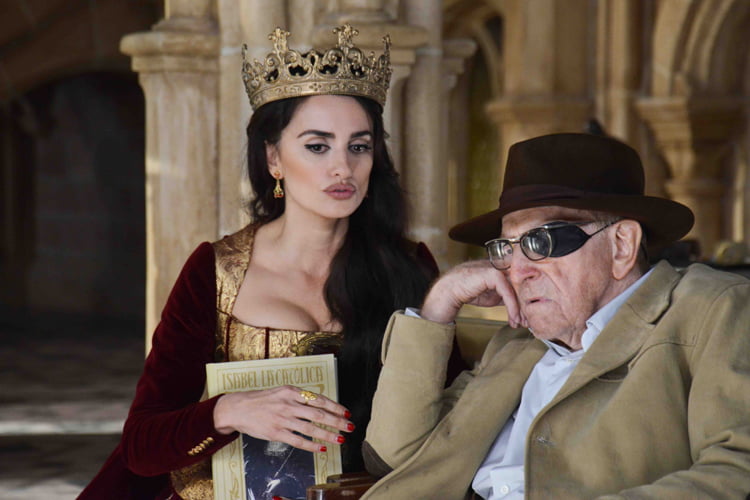 Trueba revels in the details of period appropriate special effects, production design techniques, and outdated, prudish standards and practices of cinematic decorum, but this choppy, episodic, and overlong approach feels lost somewhere between a soap opera and a sitcom. Most of the troubles plaguing the production are uninteresting clichés and familiar tropes delivered without a hint of knowing irony. Every character has their own storyline, but none of them (including those involving the two leads) are given anything exciting or memorable to do. By taking his own material at face value and staunchly resisting any sort of change, Trueba has made The Queen of Spain into something The Girl of Your Dreams was not: oblivious, obsolete, and stodgy. The humour comes across as catty and dated instead of witty or perceptive, and the drama fares worse.

It’s also a film with a gross mean streak. Elwes’ horrifically homophobic caricature aside, it’s the kind of “man’s man” world where the only way to show someone you like them is to pretty much sexually assault them. In typical backstage comedic fashion, everyone seems jealous of one another, but the production they’re working on is so belaboured that it’s hard to see why anyone would get so worked up one way or the other. There’s no real suspense, romance, surprise, or intelligence to anything that happens in The Queen of Spain because none of its wonky, misshapen parts complement or enhance each other. It’s a film where things just seem to happen because Trueba feels like they have to, and despite the best efforts of the cast and production design team, the whole thing carries with it an air of tiresome, blasé resignation instead of comic energy.

The only good jokes in The Queen of Spain are actually subtextual bits of unknowing self-commentary. Clive Revill’s elderly journeyman director of the film-within-the-film basically sleeps through his own production, and I can’t say that I blame the guy, and The Queen of Spain’s actual director cameos as an uppity foreman in Fontivero’s labour camp. When these almost rhyming gags are the best a film about movie-making can muster, things have gone terribly awry somewhere along the line.

The Queen of Spain opens at Cineplex Yonge and Dundas in Toronto, Mayfair Theatre in Ottawa, and Princess Theatre in Edmonton on Friday, August 25, 2017.

Check out the trailer for The Queen of Spain: