Thor has been one of my favorite Marvel characters on screen. He’s brash and funny, and he’s from a whole other realm than the mortals of Earth. His films, however, have never really lived up to the potential of Thor’s thunderous charm, and the charms of star Chris Hemsworth, at least until Taika Waititi took the figurative helm in Thor: Ragnarok.

Under Waititi’s directorial guidance, and with one of the more adventurous scripts from Marvel, Thor: Ragnarok is easily the most fun film to date in the Marvel Cinematic Universe, and it also offers Thor the chance to finally bust out his most bad-ass self.

Chris Hemsworth returns as Thor, the prince of Asgard, but he is thrown into a new adventure after he realizes that his brother Loki, played by Tom Hiddleston, is alive and well and has been pretending to be Odin. Meanwhile, Odin (Sir Anthony Hopkins), has gone off to exile himself on Earth as a terrible old power sets her sights on Asgard. That terrible power is Hela, played by the great Cate Blanchett, and as she tries to return to Asgard, Loki and Thor are flung into another world, and have to figure out how they can get home to save their kingdom. 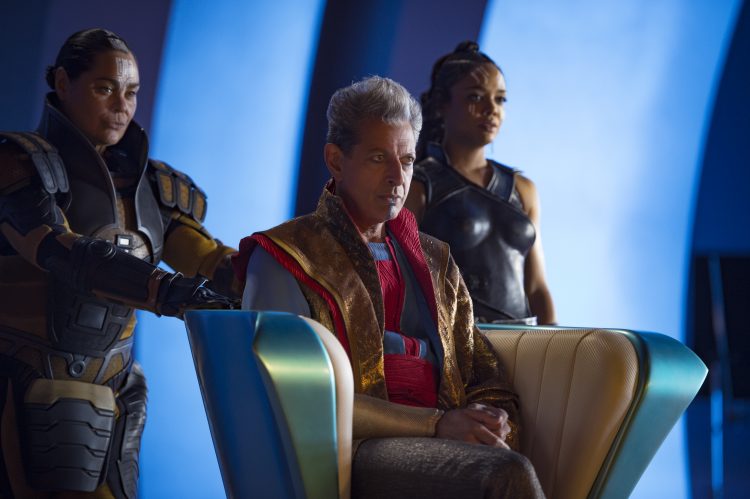 Along the way, Thor meets the Grandmaster (a scenery-chewing Jeff Goldblum), a hard-drinking and mysterious bounty hunter (Tessa Thompson), and a rock monster known as Korg (played by Waititi himself). Thor also has to contend with the Hulk (the ever charming Mark Ruffalo), who seems to just want to fight, even if it is against his old friend.

Thor: Ragnarok doesn’t take a lot seriously, but it’s seriously fun, and it’s accessible for anyone who may not know all of the Marvel storylines. The film also has some of the most honest and interesting conversations between characters, and the dialogue drops all of the pretense we’ve seen in other Marvel films.

Leveling one complaint, Blanchett is a fantastic villain, and I really enjoyed Hela, but I have to admit that I thought they could have done a lot more with her. Her story arc feels disappointing, and I absolutely hated that she just slings out an un-ending swatch of swords to kill anyone in her way. That’s a trick that gets old incredibly fast.

Finally though, Thor: Ragnarok ends with consequences, major changes for Thor and his kingdom, and definitely makes me even more excited to see more of Thor down the road.

Once Upon A Snowman | Review