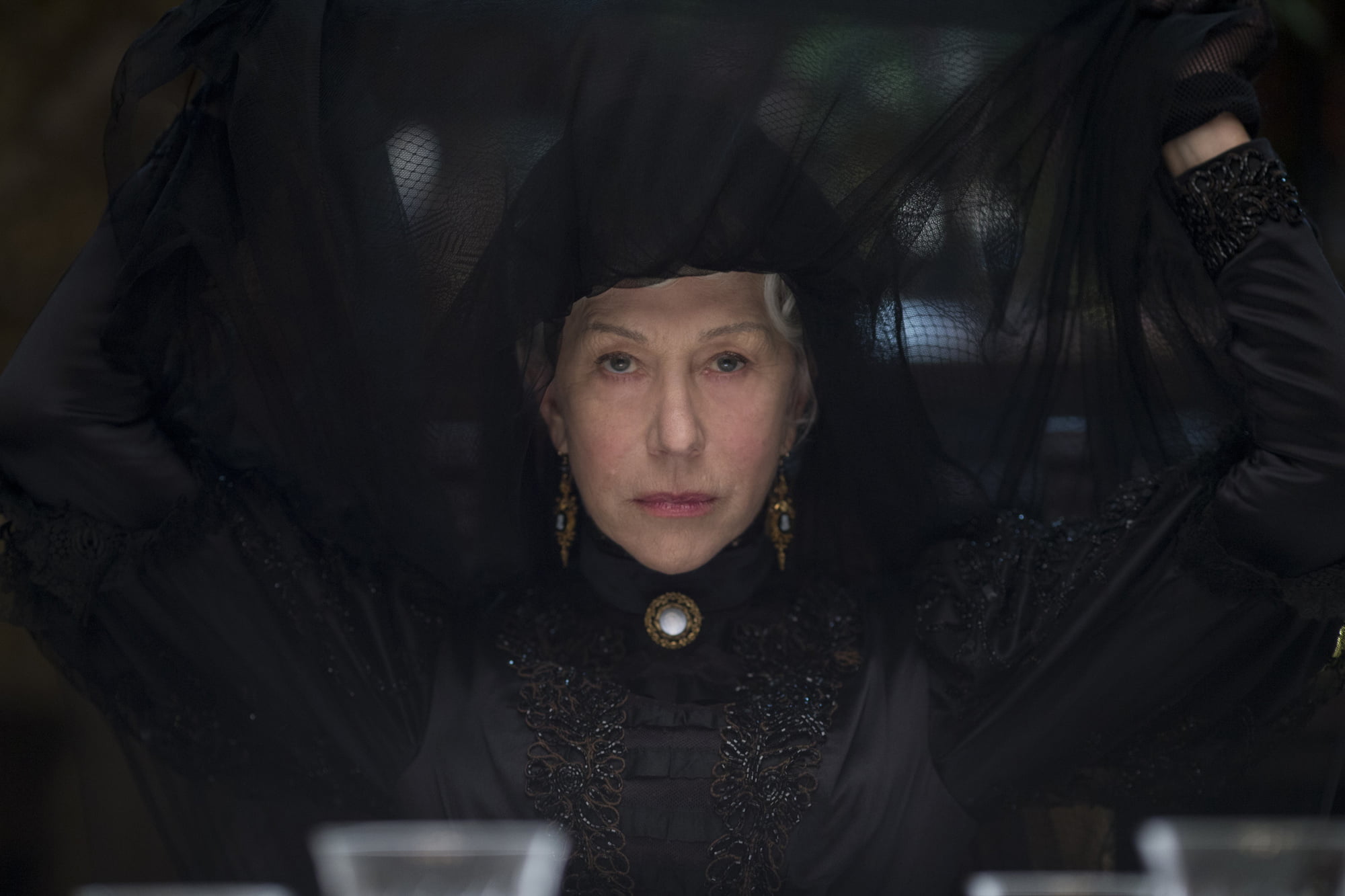 The period piece thriller Winchester (which opened this past Friday without the benefit of screenings for the press, despite being the only major release last week) has a rousing and fascinating real life hook. It’s just a shame that no one seems quite sure what they want to do with it. What starts off as a potentially exciting character study pitting a pair of exceptional actors against one another quickly devolves into an idiotic, incoherent haunted house movie that’s barely distinguishable from any number of lacklustre rip offs of The Haunting and The Conjuring.

It’s the early 1900s, and disgraced, grieving, and laudanum addicted Dr. Eric Price (Jason Clarke) has been summoned to travel to San Jose, California to perform a high profile psychological assessment. Hired by the Winchester Repeating Arms Company, Dr. Price has been sent to a mansion belonging to the widow and heir to the corporation’s fortunes, Sarah Winchester (Helen Mirren), to determine her mental acuity. Winchester lives by an isolating self-inflicted code of rules and regulations in a home that’s constantly being modified and changed. Rooms are routinely added and subtracted to the estate. Some staircases lead to nowhere. Some rooms have been nailed shut with wooden planks. All of this is in service of Sarah’s suspicions that her family has been cursed, and the estate is haunted and shaped by the spirits of anyone ever killed with a Winchester firearm. Initially skeptical of Sarah’s claims, Dr. Price begins to see some of the truth behind the elder Winchester’s superstitions.

Australian filmmakers Michael and Peter Spierig (Undead, Daybreakers, Jigsaw) get Winchester off to a decent enough start, mostly allowing plenty of room for the more-than-capable Clarke and Mirren to discover their characters organically by bouncing off one another verbally. Watching Dr. Price and Sarah spar back and forth about vice, virtue, and spirituality suggests that at one point Winchester could have been a solid drama with subtler supernatural elements. Unfortunately, someone involved with the production had little desire to make such a film, and Winchester starts piling up mounds of ineffective, tiresome jump scares that feel forced and horribly predictable, en route to a special effects packed climax that sends the initially intriguing premise out with a lot of bombast and not a shred of substance. 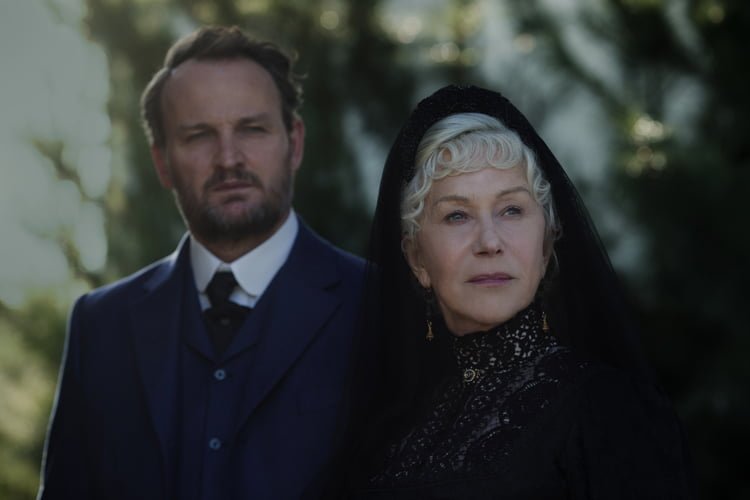 The most frustrating aspect of Winchester is the overall film’s belief that having a great story, an exceptionally production designed setting, and an arguably overqualified cast aren’t enough. I’m not saying that a film taking place in one of “America’s most haunted mansions” shouldn’t have its fair share of audible bumps, thumps, squeaks, and creaks. The house itself already serves as a perfect reflection of the damaged psyches dwelling within it, so the Spierigs already have half the job done for them. The script from the Spierigs and Tom Vaughan comes with a healthy dose of timely subtext about corporate responsibility and the lasting effects of gun violence, but it’s all a gambit to mount a tale of a vengeful ghost trying to possess the body of Sarah’s precious great nephew (Finn Scicluna-O’Prey), a plot device so hackneyed that it feels trucked in from a different film.

Winchester doesn’t need to suddenly morph into a cruddy demonic possession flick at the film’s halfway point because everything that came before it contained a fair bit of nuance. Mirren and Clarke make for fine dramatic foils, so watching them have to trod their way through sequences where they’re only allowed to scream in terror or fire weapons at ghostly apparitions (in a stupidly inexplicable plot wrinkle that’s only partially explained and never makes a lick of sense) is like watching two great actors having their dignity ripped away in a fashion akin to Hulk Hogan destroying a T-shirt. Similarly wasted is the always wonderful Sarah Snook as Winchester’s shaken, but polite niece. The Spierig Brothers had everything at their disposal to make a great film, and by the time the final act rolls around, it’s more interesting to wonder what could have gone wrong that it is to watch what’s unfolding on screen.

What emerges is a movie with strong source material that never builds any momentum, and one where the Spierigs stick to their genre strengths. Almost every scene transitions with a shot of the mansion’s rooftop sandwiched in, something that would make for a nearly lethal drinking game in the future if one tried to keep up with it. The effects heavy poltergeist activity of the film’s second half is competently mounted, but resoundingly unexceptional to behold in ways that would get an A for technical execution and a D+ for overall originality and effort. It makes Winchester one of the worst things a horror film can be: a dull, but overly eager to pander mess. What’s worse is that it clearly never had to be this way. There’s a great film buried within Winchester, and hopefully the memory of what could have been a smart horror thriller will haunt those who made this.

Winchester is currently in theatres everywhere.

Check out the trailer for Winchester: