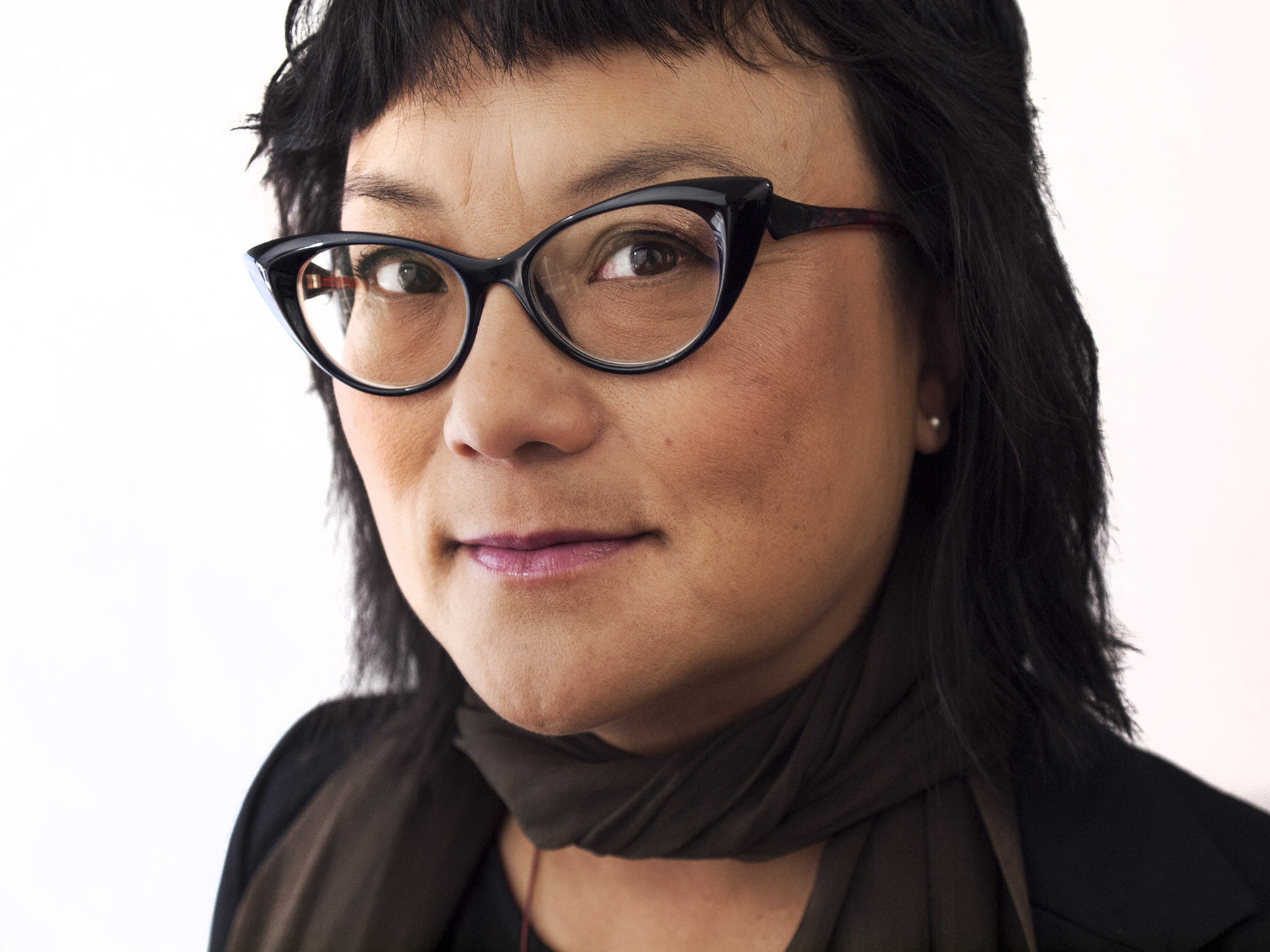 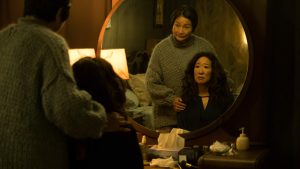 Canadian writer and director Mina Shum is back doing what she does best, giving us movies that are uniquely personal and hit from the heart.  Her latest film, Meditation Park, had Shum digging into her Chinese roots. It’s a bittersweet dramedy about 60-year-old Maria (played by legendary actress Cheng Pei Pei of Crouching Tiger, Hidden Dragon) who has devoted decades to her husband (Tzi Ma, whose performance in the film has garnered him a 2018 Canadian Screen Awards nomination for Actor in a Leading Role).

Maria’s life is altered when she discovers an orange thong in her husband’s  pocket, forcing her to confront how powerless she really is.  With no financial independence, she hooks up with Chinese Po-Pos (grandmas) who are illegally selling parking spots. Working on the film gave Shum the opportunity to reunite with her friend celebrated actress Sandra Oh, who plays Maria’s modern daughter, and rounding out the talented cast is Don McKellar as a parking poacher. 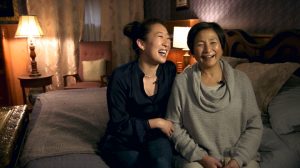 Shum came up with the story after her own mother, referring to a cheating  man, whispered, “The cat caught a new fish.”  As with Shum’s first feature  Double Happiness, the film was shot in East Vancouver – a vibrant immigrant  community where folks still hang laundry to dry and exercise in the park.

While many might look at Meditation Park as a love letter to Asian moms, Shum insists this film will relate to all mothers and is dedicated to every single one of them, “I wrote this to position a mother as the hero, a grandmother a hero, regardless of color. Definitely this particular mom is from another culture, but really aren’t we all?”

Mina Shum was born in Hong Kong and raised in Vancouver, Canada. After earning a diploma in film production, she went on to make five short films, including Me, Mom and Mona (1993), which was honored with a Special Jury Citation at Toronto in 1993.  Shum has directed four feature-length films but it was her first feature-length film, Double Happiness which was released in 1994 starring Sandra Oh that really started to garner Shum some attention. 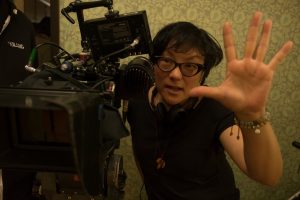 Double Happiness, is a semi-autobiographical film based on Shum’s early experiences of leaving home as a teenager. The film is about an aspiring actress trying to assert her independence from the expectations of her Chinese Canadian family. Double Happiness won numerous awards including: the Wolfgang Staudte Award at the Berlin International Film Festival, the Audience Award at the Torino International Festival of Young Cinema, and Best Canadian Feature Film at the Toronto International Film Festival.

I had the opportunity to speak with Mina Shum this past September about Meditation Park at TIFF when she dropped by The GATE’s Interview Lounge for our chat.