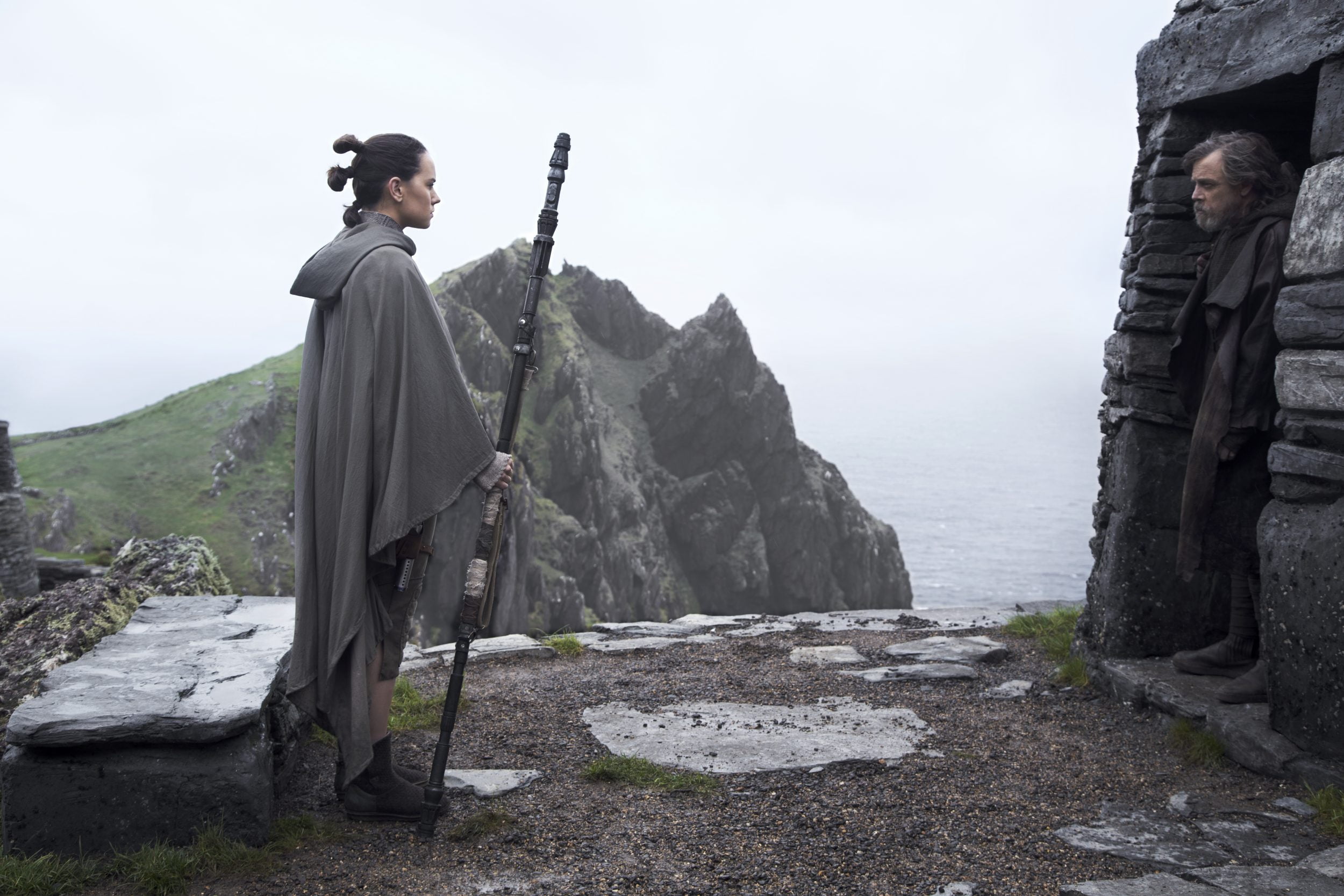 After eleven Star Wars films, so far, Star Wars: The Last Jedi is easily one of the best, and writer and director Rian Johnson took a decidedly fresh approach with the story. In a galaxy far, far away though, where dramatic change is honestly very infrequent over the five decades of the franchise, that could be seen as troubling to some of the long-time fans. But change is exactly what Star Wars needed most.

Star Wars: The Force Awakens was fun, and enticing, and played the story very, very safe. That film retreads a lot of old ground, and even when it was doing anything new, it was through the lens of everything you would expect from the Star Wars universe. That approach may be great for fan appeal, but it’s not very exciting, so it seems that Johnson set out to go against that grain for The Last Jedi, fighting to inject some real volatility into the dusty franchise.

In The Last Jedi, Rey (Daisy Ridley) is trying to learn from the legendary Luke Skywalker (Mark Hamill), but Luke is a broken man, and he’s not really interested in training her to be another Jedi. He would be just as happy for the Jedi to end, but rebirth is also a big part of the story, and that’s what we get.

Meanwhile, across the galaxy, the rebellion is running from the First Order, as General Leia Organa (Carrie Fisher) leads a weakened Resistance after an attack goes very badly for the Rebellion. Not helping the Rebellion is Poe Dameron (Oscar Isaac), a headstrong and foolish pilot who ends up butting heads directly with Vice Admiral Amilyn Holdo (Laura Dern).

As well, Rose (Kelly Marie Tran) and Finn (John Boyega) team up on a side mission to help the Resistance, and sparks fly a little bit between them, and we see the complicated rise to evil of Kylo Ren (Adam Driver) as he finds himself connecting with Rey through the Force.

The Last Jedi has a few follies along the way, including an incredibly cheesy last scene that feels like it could have been in the prequels, and a reliance on comedy that undermines the story a bit, but the movie works, and it’s a great next step in the Star Wars franchise. It’s riveting and just a bit shocking, and that’s what I want to see finally from Star Wars.

Included with the Blu-ray is a fantastic, detailed audio commentary with Johnson, who talks a lot about making the film and the whole process. If you enjoyed the film, this is the cherry on top. There’s also a huge documentary, The Director and the Jedi, that really goes behind-the-scenes to explore everything about making the film, from pre-production to editing. Plus, features that break down some major scenes, a look at Andy Serkis’ performance as Snoke, and deleted scenes.

Jumanji: Welcome to the Jungle 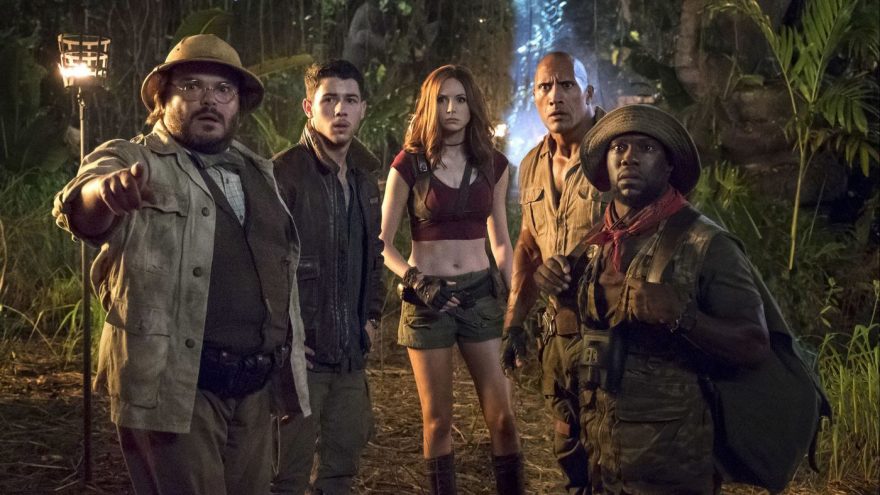 The Jumanji reboot is, thankfully, a complete departure from the original concept. Most of the story has been changed, the characters are all new, and the best part is that it’s actually a lot of fun. More fun than I expected, really, and the cast is perfect.

The film starts with the Jumanji game–which suckers people into playing it–literally rebooting itself into a video game. So when an unsuspecting teenager starts playing, he’s sucked into the game and never seen again, until 20 years later, when a new group of teenagers fall into the game’s trap.

The four teenagers, who only get a modest amount of screen time compared to their video game counterparts, become four characters set on a mission to save the “Jaguar’s Eye”, a precious, magical gem that’s been stolen by a baddie leading a force of thugs. Along the way the heroes meet non-player characters, a villain or two, and animals hell-bent on killing them.

The four video game characters are played by Dwayne Johnson, Jack Black, Kevin Hart, and Karen Gillan, and aside from Hart, the best part is that they’re all cast to play against their usual stereotypes. Johnson is a meek and mild-mannered geek trying to be the hero, Black is playing a teenage girl in a man’s body, Hart is pure Kevin Hart, and Gillan is a geek who finds herself in the body of an action hero.

Jumanji: Welcome to the Jungle also pokes fun at video game stereotypes, and somehow offer a few heart-felt moments, especially at the end, but it’s generally just very funny. I laughed far more than I expected, and if you told me there was a sequel, I’d happily sit down to watch that right now.

The Blu-ray includes a few extras, including a very funny blooper reel, a couple of making-of featurettes, a “music video” for “Jumanji, Jumanji” by Jack Black and Nick Jonas, and a look at the film’s stunts. 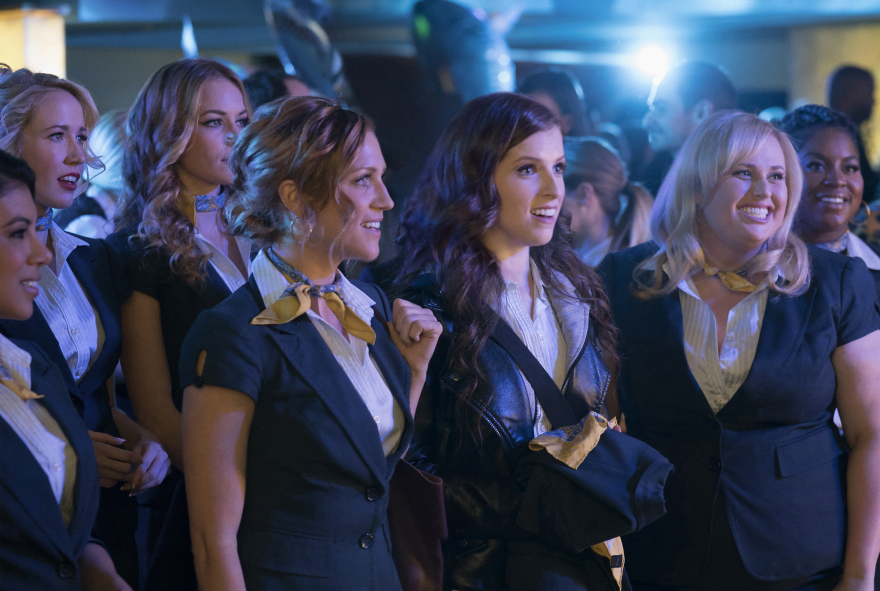 Did Pitch Perfect need a sequel? Did it need to be a trilogy? Probably not, but I will happily admit that I was still a fan, if for no other reason than their covers, but I also love the characters, and ultimately I also really love that this franchise featuring a group of very talented women stood up and belted out three films.

The story is a little weak, and it’s not quite as funny as the first film, but it’s genuinely still fun watching these actors in these roles. If you’ve been a fan in the past, the film is worth a watch to sing the Bellas off one last time. 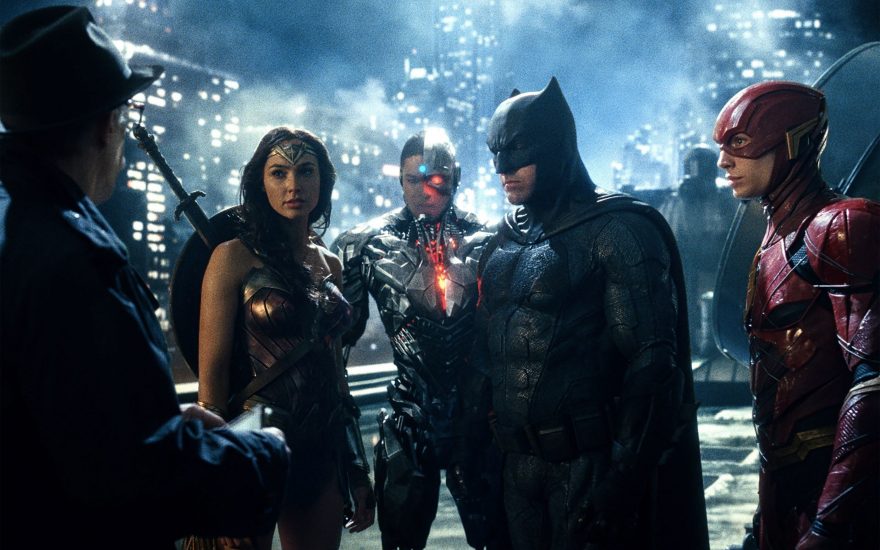 Justice League was certainly poorly received when it came out in theatres, and it’s not a great film, but it is a far better film than almost all of the previous DC Comics movies over the last few years.

Ben Affleck returns as Batman, with Henry Cavill as Superman, Gal Gadot as Wonder Woman, Ezra Miller as The Flash, Jason Momoa as Aquaman, and Ray Fisher as Cyborg. Miller generally steals the movie with his one-liners, and makes the whole story a lot more fun, but it’s Affleck, Cavill, and Gadot who own the film–they’re the established movie stars, and they have great characters, even if the story is anything but a “blockbuster”.

The Justice League are forced together by Bruce Wayne when he discovers there’s a threat by a creature known as Steppenwolf (voiced by Ciarán Hinds), is searching the planet for three mystical boxes that, when united, would allow him to destroy the planet.

Some of the action was very well done, and there are some great scenes with all of the characters, but there’s really very little cohesion to the story. These heroes are pushed together but they hardly seem to fit in any logical way, and while I would make the same complaint of their counterparts at Marvel, the difference is that we’ve at least built up some history with those characters.

Justice League was rushed out, and it shows in almost every way, including that damned ridiculous mustache that they had to remove from Henry Cavill’s face. If the producers had taken the time to fix Cavill’s face properly, maybe they could have taken the time to fix some other issues along the way, but as it stands, Justice League is not terrible, and that’s a step up.