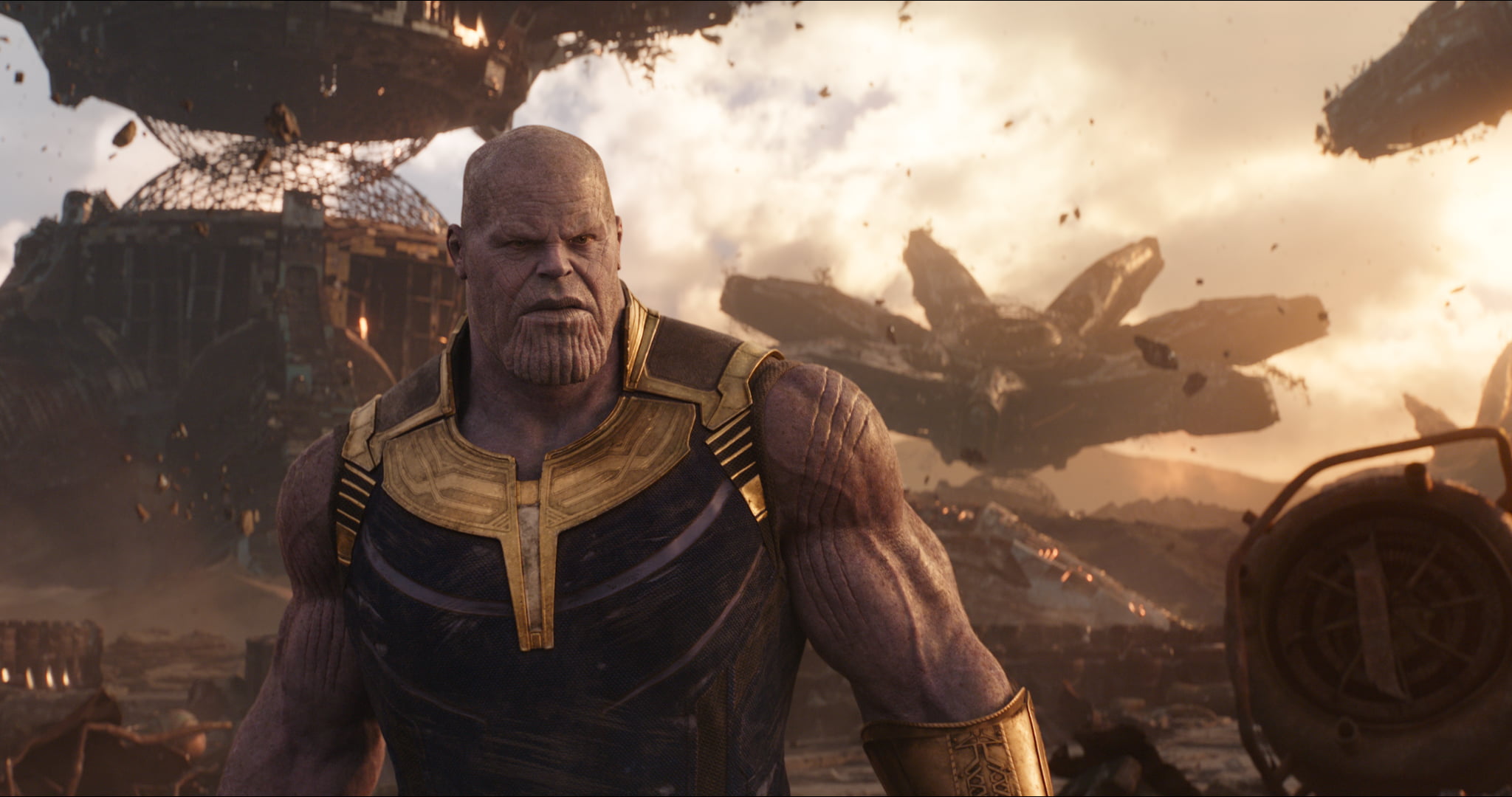 Avengers: Infinity War is a huge payoff for a film franchise that spans 10 years, 18 films, and dozens of characters. And for those of us who waited through all the end-credit scenes of every Marvel film, trying to learn everything we could about this universe of superheroes, Infinity War is a very satisfying ride, bringing together a lot of storytelling that’s been developed movie by movie, year over year.

And it may just scramble a few minds when fans finally see the gigantic film.

Infinity War is also impressive because, even if you haven’t watched all 33 hours and 52 minutes of the franchise, the story will still make sense. The film is strongest when it’s working off the stories that came before it, so there’s no question you’re missing out if you haven’t seen a lot of the Marvel films, but the core story of Infinity War is simple.

That story is one big spoiler though, so to appease Thanos, all I can really say about the main plot is that Thanos, played by Josh Brolin, has a very bad idea that he’s desperate to accomplish, and he needs the six Infinity Stones, which each control an aspect of the universe, to make it possible. Those six Stones have been appearing in the MCU almost since the beginning, causing endless trouble, and Thanos plans to finally find them all after years of searching.

Naturally, the only beings standing in his way are the Avengers, the Guardians of the Galaxy, Thor, Spider-man, and a few faces we haven’t seen in a while, so when they understand the threat, they’re all pushed into action to do whatever they can to stop him.

What I love about Infinity War is that the film pairs characters up in a lot of new ways, giving us some of the best scenes of the franchise, including Thor (Chris Hemsworth) with Rocket (voiced by Bradley Cooper), who Thor calls “rabbit”; Doctor Strange (Benedict Cumberbatch) with Iron Man (Robert Downey Jr.); and Captain America (Chris Evans) with Vision (Paul Bettany).

The film is very character-centric, focusing on key people and their relationships, and largely the film is actually a Thanos movie, although I can’t entirely tell you why. Infinity War is a bit darker, bloodier, and more grim than any of the MCU films before, but it works for this story, and it largely feels different than almost everything that has come before.

And, yes, some characters die. I’m not going to say who, but the events in this film leave things on a precipice for some kind of conclusion in Avengers 4, and it’s an ending that will make you anxious for a conclusion. If the previous films have almost always left things tied up in a neat bundle–generally almost too perfectly, if you ask me–Aveners: Infinity War comes with some real weight, urgency, heart, and an ending that is climactic.

Among all the many, many characters, Thor was definitely my favorite, but a few stars get some really great moments, including Gamora (Zoe Saldana), Tony Stark, Peter Parker (Tom Holland), and even Thanos himself. Thor stands out though because he’s really one of the biggest heroes of the film, and he’s one of my absolute favorite characters in Infinity War. That’s because, no matter the odds, or how much he’s suffering, Thor does what he needs to do, and he does it with a smile on his face.

There are some complaints to be made though. Infinity War is a culmination of a lot of storytelling, but it could have been an even better film if Marvel hadn’t been so miserly with their stories. We’ve seen big story arcs over the years, but only tidbits of anything about the Stones, their power, and about Thanos itself. If Thanos had been introduced earlier in the franchise, and we had more of his backstory earlier, this film could have been a little different, offering more breathing room, perhaps, and more room for other characters to have a story.

Dozens of characters are in the film, but the vast majority of them get a few lines each, and some characters are missing entirely, although I can hardly blame Marvel for needing to trim a few of its heroes.

We do finally see Gwyneth Paltrow as Pepper Potts again, and Letitia Wright has a few great moments as Shuri, but T’Challa/Black Panther (Chadwick Boseman), Okoye (Danai Gurira), and most of the Wakandan heroes barely get a dozen lines between all of them. I’m not sure where the line was drawn, and how the integral stories were decided upon, but it definitely felt like a few great characters were left out of the final cut. Perhaps the event Blu-ray release can add some depth with deleted scenes, and I certainly was glad this film wasn’t longer, but that’s definitely a complaint worth mentioning.

I could also lay some complaints about the logic of the story, and even in how Thanos (and some heroes) could wield a lot of power, and seemingly choose not to use the Infinity Stones, but I’ll digress on that for now. Marvel and directors Anthony and Joe Russo did a fantastic job with this story otherwise, and it’s a real accomplishment that Infinity War fits so many plot lines and characters into one massive story that ultimately comes together in a great way. The film is perhaps not as heartfelt as it could or should have been at times, but it’s smart, funny, and it moves with purpose.

For a film to mark Marvel’s 10th anniversary on the big screen, in the MCU, Infinity War is triumphant, and Marvel fans will be thrilled with the results.