Review: A Man of Integrity 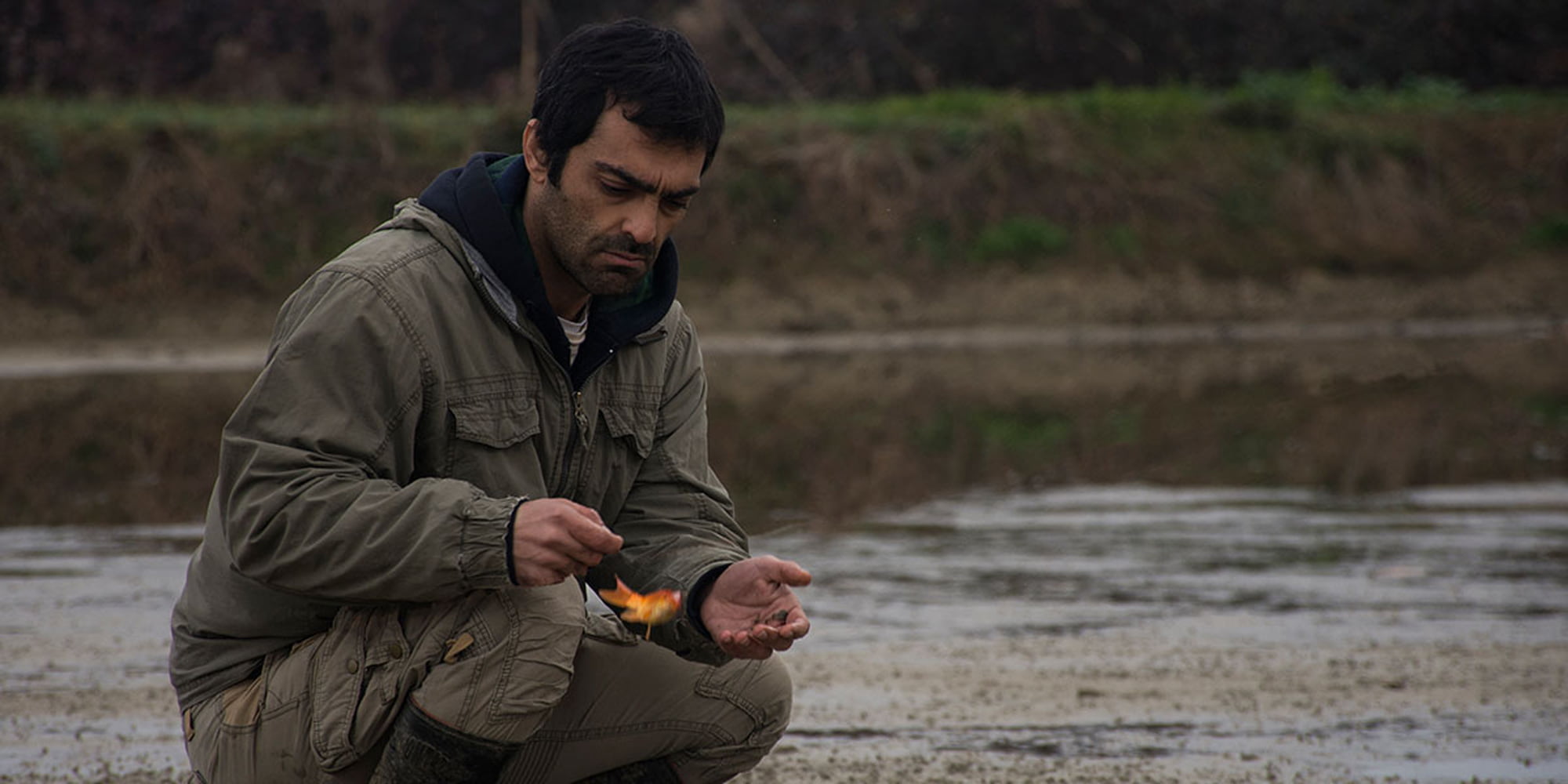 Iranian writer-director Mohammad Rasoulof’s wrenching, poignant, and politically loaded drama A Man of Integrity might involve a culturally specific set of circumstances ruining the life of a family in Northern Iran, but at the heart of it all is a story about capitalism, poverty, and bureaucracy run amok that could play out anywhere in the world at any given moment. With very few tweaks, this story of a principled man in an increasingly corrupt society could be transplanted to any country with nary a difference. That’s a major sign of a film that has effectively cut right to the black heart of an issue that impacts everyday people, but also the sign of a noteworthy, resonant work of art.

Reza (Reza Akhlaghirad) and his family are struggling to make ends meet. His family farm isn’t suitable for much, but the pond on his land allows him to cultivate goldfish for sale. His loving wife, Hadis (Soudabeh Beizaee), a principal at a private all girls school, keeps telling Reza that money doesn’t matter and that he should stick to doing things that make him happy. That’s easier said than done considering the sizable bank loans that loom over Reza’s farm and the need to help provide for his young son. Reza’s already meager livelihood is threatened when a neighbour (Misagh Zare Zeinab), working on behalf of a shadowy local “company,” cuts off the river water needed to maintain the goldfish farm. An attempt to unblock his water supply leads to a confrontation with the man – one the audience never sees in full – which gets Reza arrested and sued by the man for assault. It kicks off a series of events where the principled and archly rule-oriented Reza tries to fight his charges, get an insurance payout, and countersue, but every step of the way he’s stymied by a system built upon bribes, dirty deeds, lies, and a protection of those with powerful political or religious connections.

A Man of Integrity, which won Un Certain Regard at Cannes last spring, is bleak from the start and only grows bleaker; a morality play in the truest sense. Rasoulof builds Reza’s insurmountable mountain of setbacks in a manner similar to how a great satirist would take like-minded material to poke fun at our modern world. Each wrinkle that’s added to Reza’s Job-like attempts to get out from under banks, lawyers, well connected thugs, and corrupt businessmen comes with a resigned sigh, not because each plot development in A Man of Integrity smacks as convenient or unbelievable, but because every word of it feels like it could ring true. It’s a film of constant escalation, which is a hallmark of great parody or satire, but Rasoulof plays it seriously, finding exceptional drama in the convoluted, interconnected extortion plots that plague his protagonist.

If Reza doesn’t use his principals to fight back, his family will lose everything. The police aren’t much help, bluntly offering the advice that Reza and Hadis should cut their losses and move instead of courting any more trouble. If Reza doesn’t countersue that man who accused him of assault and sabotaged his farm, the family loses everything without putting up a fight for their livelihoods. If Reza countersues, the case could drag out for years and ultimately cost more than the farm is worth. The only workable solution is for Reza to resort to the same underhanded backroom trickery and deception that made him a victim in the first place. Authorities in Reza’s community often have to be bribed (or “tipped”) into doing the right thing, and he’s so straight-laced that he’ll readily offer up penalties to an obviously corrupt banker just to be on the safe side.

Sadly, these are problems that occur every day among marginalized people around the world. The most vulnerable are often sucked into social and government systems designed to trap and further marginalize them. Every contract designed to help this family has some sort of caveat that allows the supposed protectors to back out and wash their hands of any previous agreements. Every government form has to be filled out to the letter, often leads to another form, takes forever to process, and even at the end of it all the person filing is at the behest of an employee who may or may not be performing their job properly. Everything has a fee attached to it regardless of financial need. 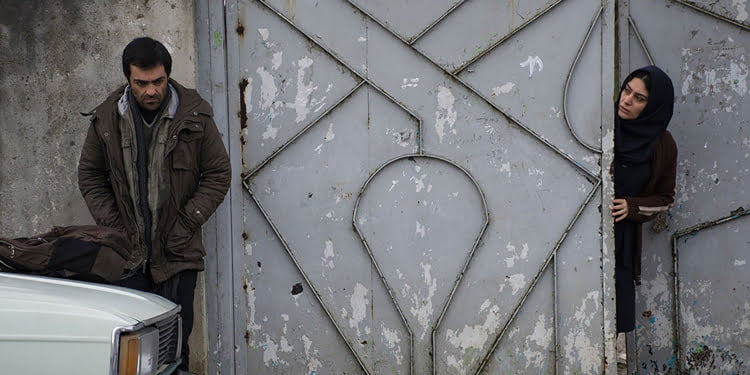 Iran might have its own problems with a perpetually shaky governmental power structure, and there’s assuredly a sticky religious component that compounds Reza and Hadis’ problems, but when broken down into individual details and specifics, A Man of Integrity feels frighteningly real and relevant to any capitalist or communist society. Those who can lie for profit flourish, while those who cling to honesty as the highest of virtues will often be taken advantage of. It’s an ideological cat and mouse battle played out among anxious, desperate people on both moral sides. More importantly, it’s a film about how easy it can be to turn a good and decent human being into the type of person they hate the most, and in today’s society the easiest way to unwittingly give in to those impulses comes from the rage inducing “principal of the thing.” There are no easy answers, and most of the answers are bad.

Akhlaghirad and Beizaee are exceptional leads, providing each character with a perfect counterpoint. Akhlaghirad plays Reza as both steely and aloof. One can see that he’s processing every injustice happening to his family, but he bites his lip, tears subtly well up in his eyes, and he refuses to waver. Akhlaghirad’s ability to play Reza as an imperfect stoic makes the character’s gradual transition away from his principals alarmingly subtle upon reflection. On the other hand, Beizaee becomes the heart and soul of Rasoulof’s work, playing Reza’s wife with a great degree of emotional and practical intelligence. Reza wants to seem cool under pressure, but Hafis is actually capable of keeping her emotions in check and using them only when necessary. He might be emotionally wise, but she’s street smart in a culture where women are consistently underestimated. They make an exceptional couple.

A Man of Integrity is stylistically restrained, but a story like this doesn’t need to be flashy. It’s almost perpetually cloudy and dusty in Rasoulof’s depiction of Northern Iran, and it fits the plight of the characters nicely. There’s nothing opulent in sight, but cinematographer Ashkan Ashkani makes sure to capture every inch of a room within a frame, preferring a display of scope to close-ups, which are only used when necessary to draw attention to the actors’ subtler expressions. There might be a few too many moments where Rasoulof dwells upon the exasperation of his characters. That constant exhaustion and frustration is obvious to see and is always implied in the writing, and in its weakest moments A Man of Integrity feels a bit too “on the nose” and padded for its own good.

That doesn’t diminish its power or timeliness in any way. Few films about the ravages of capitalism, corruption, and profiteering are this emotionally wrenching, and Rasoulof further establishes himself as one of the best filmmakers working in a country where the people who need to see his films the most will likely never get a chance to view them.

A Man of Integrity opens exclusively at TIFF Bell Lightbox on Friday, May 18, 2018.

Check out the trailer for A Man of Integrity: