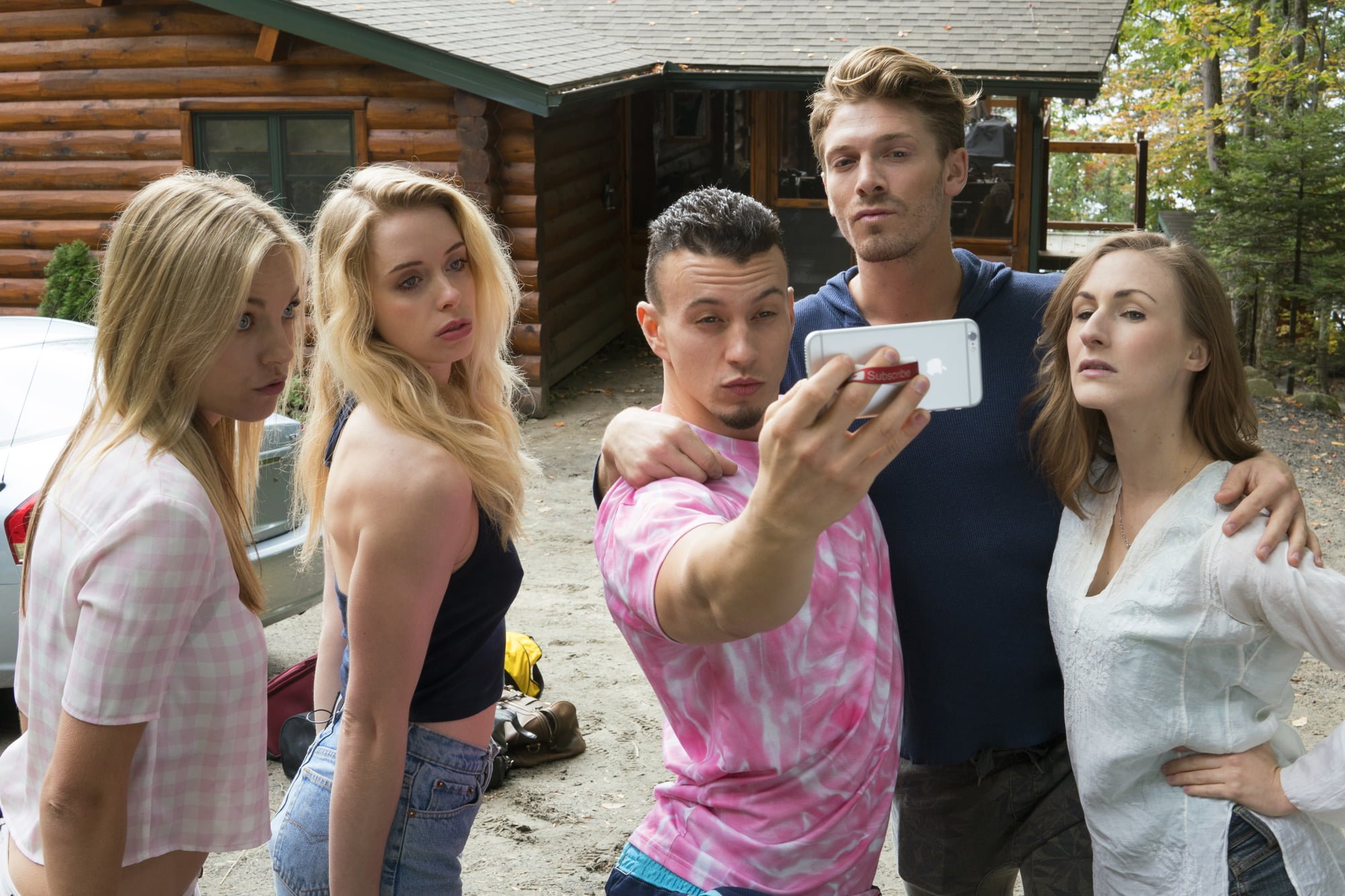 It’s always a dicey proposition to build a film around a cast of entirely unlikable and potentially unrelatable characters, but the black comedy Nobody Famous pulls this feat off with a great amount of confidence, clarity of thought, and appropriate cattiness. A film about jealousy among creative types taking its most insidious, literal form, the latest film from Canadian director Sarah Rotella and writer Adrianna DiLonardo (who previously collaborated on the charming millennial comedy Almost Adults) is a great example of how one can mine passive aggression among “friends” for both laughs and tension.

Five struggling L.A. actors are leaving the city for a weekend at a lakeside cottage. All of them have been vying for parts in a forthcoming, heavily hyped YA novel adaptation, and waiting to hear about their next potential comebacks and castings has everyone on edge. Stefano (Justin Gerhard) has ostensibly convened the friends at the cabin to tell them that he’s gay. Valerie (Gráinne O’Flynn) constantly lists off her accomplishments and talents any chance she gets, all the while cattily undermining everyone else’s work ethic. Ricky (Evan Giovanni) is a social media obsessed bro-hard who looks like he’d be more at home on the Jersey Shore than the California one. Ricky is so attached to his phone that he barely pays attention to Dani (Justine Nelson), a laid back actor who makes everything she does seem effortless, much to the chagrin of Valerie. Grace (Winny Clarke) takes a method acting approach to everything she does, but she always comes across as a dullard and like she doesn’t have a genuine personality of her own. Not long after their weekend gets off to an almost immediately tense start, one of these five will learn they’ve landed the lead role in the hottest project in town, opening up long festering wounds and insecurities among the friends in the process.

Nobody Famous is an economical sort of black comedy, and one that doesn’t come with a particularly high degree of technical difficulty. The same material could probably work just as well on stage with this very cast and minimal tweaks, but the cottage country setting does lend itself nicely to a few inspired set pieces. This level of professional paranoia does allow for some genuinely hilarious call backs to other works, most notably a remounting of the scene in American Psycho where businessmen compare their calling cards (updated here as headshots on cell phones) and another moment where a ringing phone becomes something straight out of Poe’s The Tell-Tale Heart.

DiLonardo’s script comes with a clearly defined three act structure, with the first act ending with a reveal of who got the coveted part, a second act showcasing the friends’ resentment for each other, and the final act depicting the fallout. The twist that ends the first act is a bit less predictable than the one that will end the second act, because once the viewer knows the identity of the soon to be rising star, they will also know that there are very few ways the material could wrap this up from the direction it’s being skewed towards. 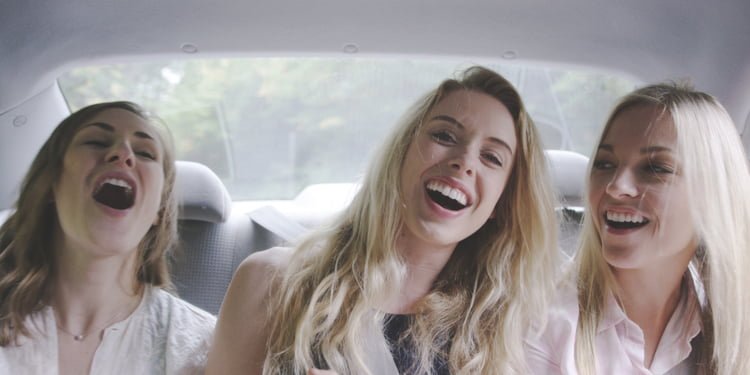 That predictability leading into the home stretch doesn’t make Nobody Famous any less fun for those willing to get on board with its bleak, sarcastic, but thoughtful mindset. Each of Rotella and DiLonardo’s characters might be archetypes, but they’re solidly constructed pieces of a narrative puzzle, and while none of them start off likable, several of them become more sympathetic or understandable as the material gives them a bit more depth. You probably still won’t want to hang around with any of these people once the film ends, but you’ll at least understand some of them better in spite of the extreme measures they resort to out of fear and insecurity. The cleverness of the material within its own locked off set of narrative parameters can’t be denied.

Each of the actors nails their parts. O’Flynn is the closest thing Nobody Famous has to a lead, and that could be because Valerie has the most potent/grating personality of the bunch. There’s nothing more terrifying to be around than a “mean girl” type who thinks she’s the smartest person in the room, and that sums up O’Flynn’s character perfectly, with the actress playing every sneer and false smile with aplomb. Clarke and Giovanni are essentially the comic relief characters, with the former getting a chance to play smarter as the film goes along, and the latter somehow getting stupider. Both of them are spot on in their ability to stop their performances from lapsing into outright caricature and making the viewer curious as to what they’ll do next. Gerhard gets the most thankless role of the group, but that’s by design considering that he’s the one constantly having his thunder stolen by his crappy friends all weekend. In any scenes where Stefano has to voice his increasing frustration, Gerhard grounds the film in real emotion as opposed to the false emotions the other characters have to portray. Nelson gets the character that’s closest to being genuinely likable, and she excels at playing the nice person who’ll eventually be pushed too far. The chemistry between them is flawless and a huge part of the film’s overall success.

My only question about Nobody Famous is if general audiences will be able to get behind such unlikable characters in a story that’s only relatable to a set group of people. Nobody Famous will play best if you work in an industry where jealousy and FOMO are rampant, passive aggression is a second language, and people readily forgive friends for doing incredibly horrible things to each other. I happen to work in an industry not far removed from the one these actors inhabit, and while I don’t know people who take their careers to these specific extremes, I certainly recognize the personality types. While I think it helps that I have a passing knowledge of these kinds of people and it makes me find the material a lot funnier, I’m not sure if Rotella’s film will appeal to anyone outside these specific kinds of professional bubbles. It’s steeped in a specific kind of experience, which makes it more pointed and polished, but also makes it less accessible in some ways. I suspect your mileage may vary, but for what it’s worth, I found Nobody Famous to be a devilishly good time.

Nobody Famous screens at Cineplex Yonge and Dundas on Friday, May 25, 2018. It will be available on digital platforms on Tuesday, May 29.

Check out the trailer for Nobody Famous: