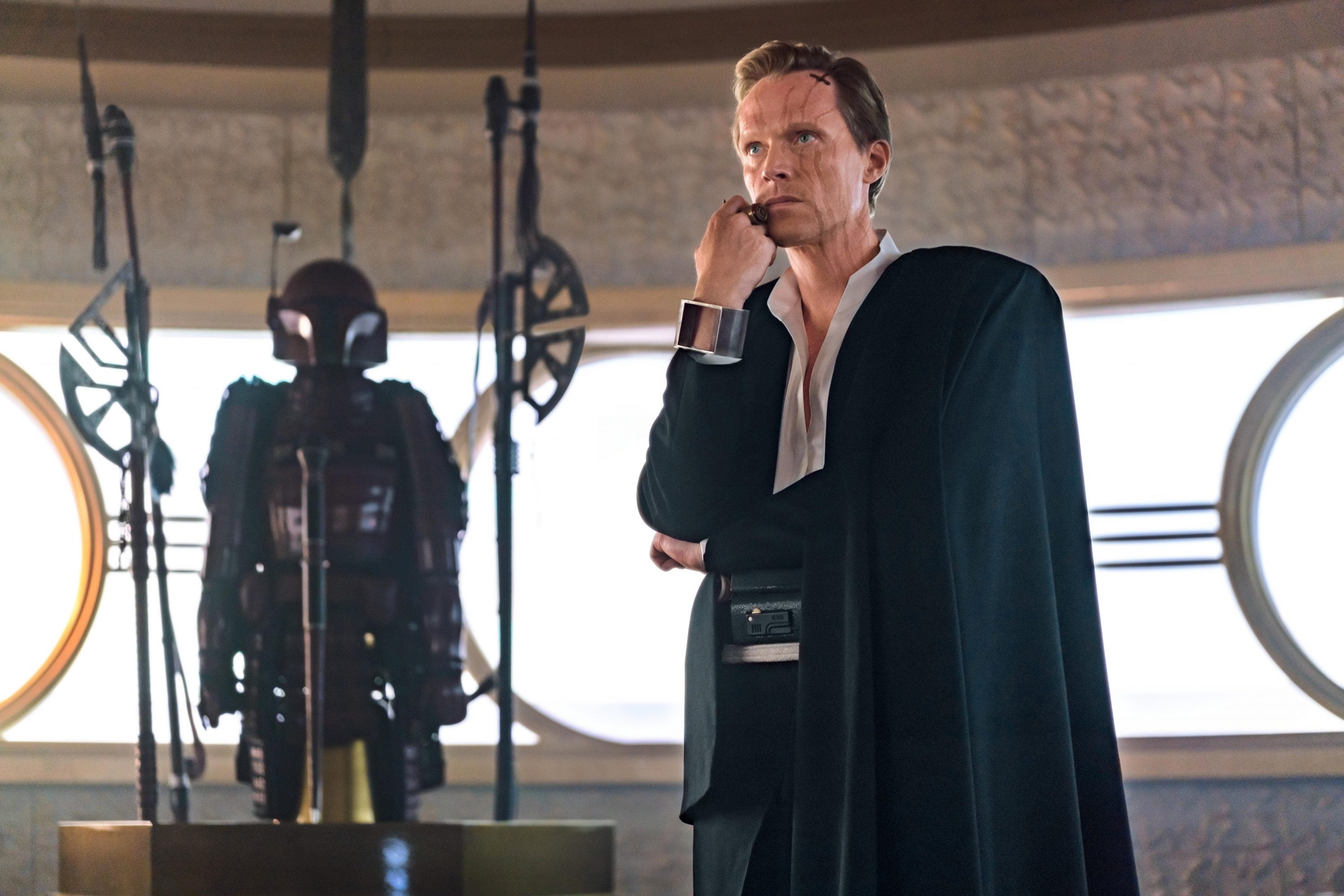 Paul Bettany has earned “double bobble-head status,” and apparently his kids are pretty impressed. To earn that status, he played the robotic superhero, Vision, in Marvel’s Avengers films, including the massive hit Avengers: Infinity War, and now he’s the villainous Dryden Vos in Solo: A Star Wars Story.

Sitting down with Bettany when he was in Toronto recently, I chatted with the writer, actor, and director about landing the role, and what he found so appealing about playing the villain in the new Star Wars spinoff.

While director Ron Howard may have told one story, apparently, Bettany had a different take on how he got the part.

“He’s going to lie and tell you a story that makes me sound great,” Bettany said, “but the truth of it is I heard he was doing this and I texted him, ‘Hey, Ron, have you ever wondered like I have why I’m not in the Star Wars franchise?’ and two weeks later I was on set.”

So who is Dryden Vos? He’s the leader of an emerging criminal syndicate, that, according to the filmmakers, “quickly gains a reputation for ruthlessness.” Ruthless, perhaps, but not crude, and as Bettany explained, the character was incredibly fun to play.

More than that though, Bettany pointed out that Dryden Vos is a character we can all relate to.

“I think that he’s a business man. He’s a very recognizable character I think from our world. You’ll see those people more often than you want to admit. In this world he’s an intergalactic gangster who demands tribute… he’s got an entrepreneurial spirit.”

Solo: A Star Wars Story is out in theatres now. Bettany couldn’t speak much about what else he might have coming up, but he said he was writing something for television with his production partner Dana Brown.

Watch the full interview with Paul Bettany below.

[…] going to lie and tell you a story that makes me sound great,” Bettany said, “but the truth of it is I heard he was doing this and I texted him, ‘Hey, Ron, have […]