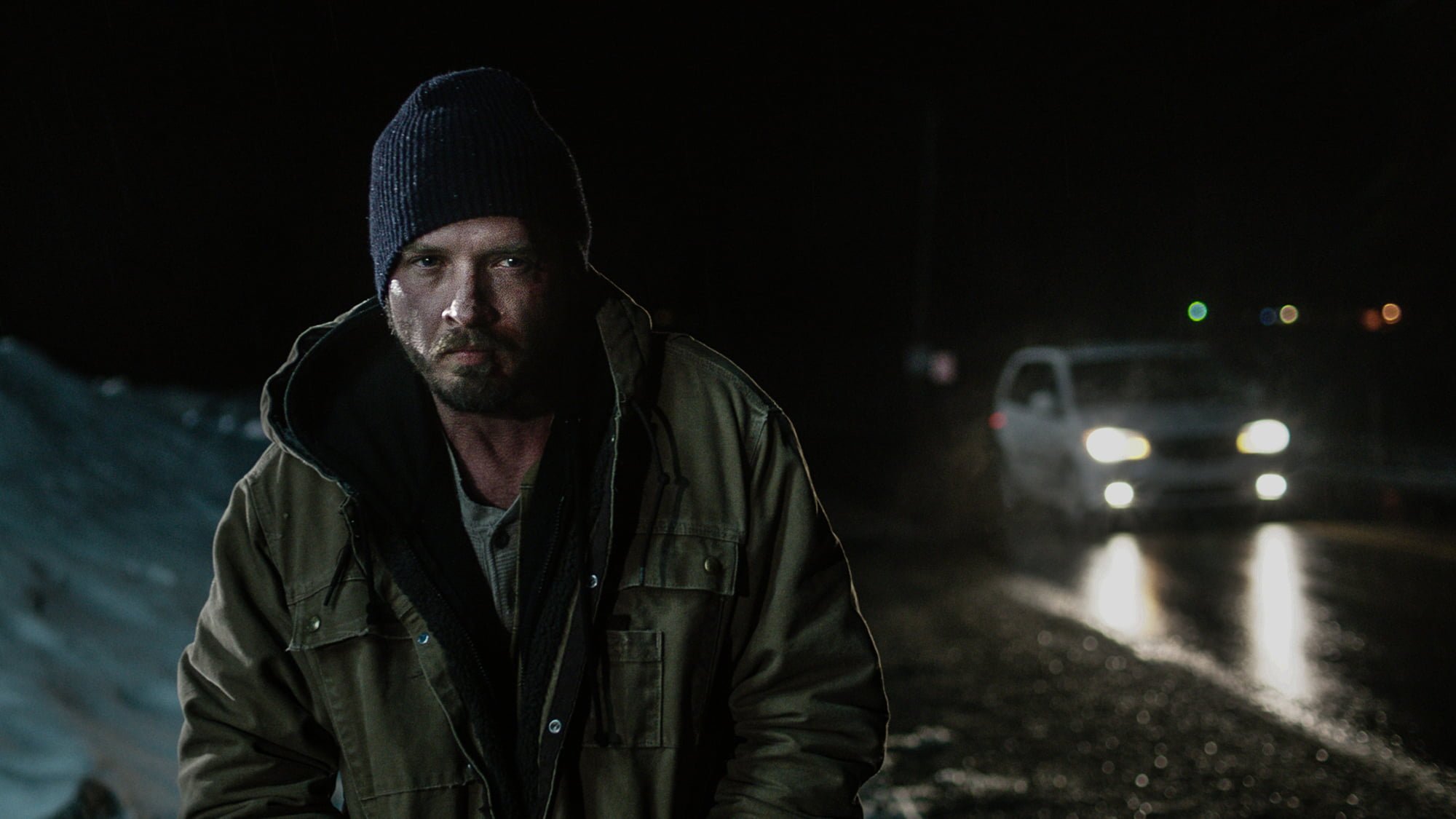 The brooding Canadian thriller The Unseen offers a unique, subtextual take on an “invisible man” storyline, but it’s an idea that would work much better as a series than a feature film. Using H.G. Wells’ iconic creation as the jumping off point for something closer to a domestic drama than a full on horror movie or morality tale, writer-director Geoff Redknap takes the concept of a gradually vanishing man and turns it into a parable about the debilitating effects mental illness can have on a family. It’s a great concept, and well executed in fits and spurts, but something like this needs a lot more room to grow and breathe than it’s given here.

Bob Langmore (Aden Young) is a professional hockey league burn-out and divorcee working at a secluded paper mill in the Canadian west. He’s also becoming invisible, a painful process that he has no control over and is getting increasingly harder to hide with wrappings and bulky clothes. Depressed, agonizing, and at the end of his rope, Bob is able to pull himself away from the brink of suicide when his ex-wife (Camille Sullivan) calls him up and asks if he can come speak with his increasingly distraught daughter (Julia Sarah Stone) face-to-face. Afraid that his daughter might be going through physical transformations similar to the ones he’s currently facing, Bob is desperate to return to the big city, but lacks the funds to make the journey. Bob reluctantly agrees to do a run for a sleazy trafficker of big, illegal game (Ben Cotton) as a means to make the trip happen, but it’s a decision that opens up a new can of worms for the semi-invisible man and his family.

Redknap, who has an extensive background as a make-up artist, delivers a competent looking and realized debut feature with The Unseen. Making the most of the story’s foggy and somewhat spooky woodland settings, the early moments of The Unseen place the viewer in an eerie, but not exactly terrifying emotional space. Redknap’s M.O. here isn’t to scare the pants off of the audience, but to move them in subtle ways. It’s proof that he understands the inner workings of Wells’ creation, which is about marginalization and loss of humanity. The added layer of Bob’s condition being a form of inherited mental illness adds further poignancy. Bob and his daughter are strongly formed characters worth following, but their situations are a bit more unbelievable. Redknap also shows off the extent of Bob’s affliction a bit too early (and in a way that doesn’t make much sense if you think about it), but tonally and visually everything else here is rather accomplished. 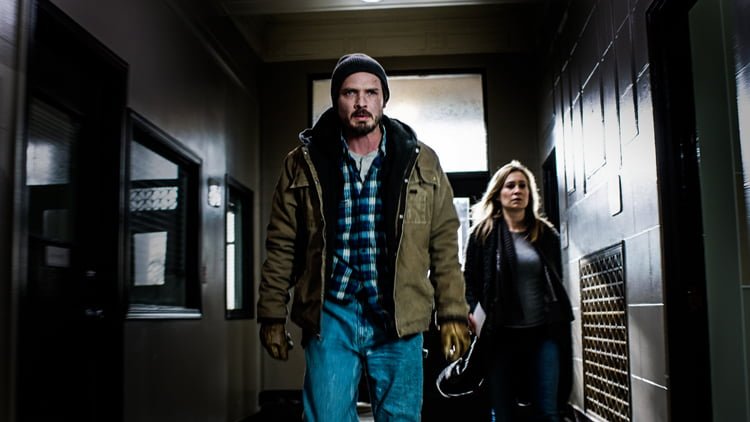 What The Unseen primarily lacks is a consistent sense of momentum. Redknap admirably takes his time when it comes to letting the story unfurl, but The Unseen becomes unnecessarily episodic and scattered. Instead of watching one film with a single journey, Redknaps approach amounts to watching three separate films featuring the same characters that have been strung together. The three act structure here is so rudimentary that each portion of the story has its own beginning, middle, and end, and while there’s obvious overlap, it results in a film that starts and stops instead of flows.

The first third mostly follows Bob as he attempts to make the arduous trip to see his daughter and ex-wife. The middle focuses on Bob discovering that his daughter has been kidnapped, in a weird plot involving evil Chinese medicine practitioners and even more loathsome mental health care professionals. All of the thriller elements are wrapped up a bit too early on, and the final act is a full on domestic drama about a father and daughter reconnection and. It’s like watching three episodes of a series, not a movie.

Construction issues aside, Young and Stone pull the story along nicely, making the most of Redknap’s characters. Both are easy to understand and feel for, with Young providing the film’s gruff, emotional anchor, and Stone reminding viewers why she’s one of Canada’s hottest rising stars. The scenes they share together are more memorable and moving than any of the film’s already impressive special effects or suspenseful moments.

The Unseen isn’t an exceptional film or one that will make too much of a lasting impression, but it is an original take on well worn material. Those looking for something scary will probably want to head elsewhere, but those in the mood for an unlikely father-daughter drama will find a fair bit to like here.

The Unseen opens at Carlton Cinemas in Toronto on Friday, June 29, 2018. It opens at The Mayfair in Ottawa on July 6, Globe Cinema in Calgary on July 20, and the Rio Theatre in Vancouver on a TBD date this summer.

Check out the trailer for The Unseen: