‘Invasion’ of the failed remake 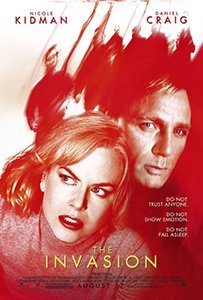 Let’s play a little game. What do the following films have in common: RiÂ¢hie RiÂ¢h, House of Wax, Ghost Ship, Cradle 2 the Grave, and of course, The Invasion. If you guessed that they flopped at the box office and were awful films, you’d be partly right (The Invasion hasn’t flopped yet). The correct answer is that they were all produced by Joel Silver and they all feature his telling ability to Hollywood-ize any story.

Silver has of course had his share of success. When he works with the right directors the results have been impressive, or at least entertaining. Look no further than The Matrix, Predator, Die Hard, 48 Hrs., and the Lethal Weapon films for proof of that.

The problem is that when Silver gets his hands on a film, you can expect certain things, like car chases, and explosions. With a film like The Invasion what we really needed though was either extreme subtlety, or buckets of blood and gore.

In The Invasion, Nicole Kidman is Carol Bennell, a psychologist who discovers that everyone around her has been taken over by an alien virus that reprograms each person to be an emotionless-vessel for an alien intelligence. As the changed humans try to control Carol, she races to find her son Oliver, played by Jackson Bond, who seems to be immune to the virus.

Yep, it’s another “I must rescue my son” thriller.

And all the while the changed people seem to have nothing better, and no other purpose, but to stand around or spew slime on people to infect them.

Luckily for Carol, she’s got her good friend Dr. James Bond… err, Ben Driscoll (played by Daniel Craig) and Dr. Stephen Galeano (Jeffrey Wright), who are trying to get to the bottom of the epidemic that’s sweeping the world.

If this sounds familiar, well, it should since it’s based on one of the classic sci-fi horror tales, The Body Snatchers, which made it to the big screen in 1956 as Invasion of the Body Snatchers. Written by Jack Finney, the original story told of an alien race that replaced townspeople by copying their appearance. It was classic horror at its best, and this new film bears little resemblance to it based on the fact that it’s barely even a thriller, let alone a horror film. 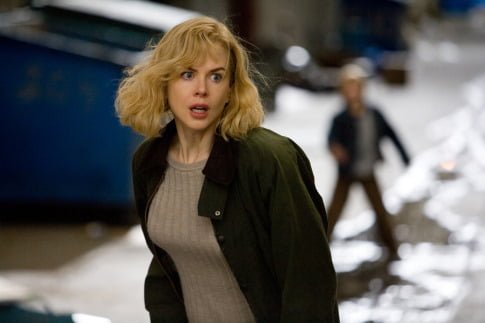 Nicole Kidman in The Invasion

The actors all hit their marks of course. Kidman goes from shock, to fear, and on to resilience over the course of an hour, and Craig and Wright cover the material admirably. However we discover almost everything there is to know about this invasion within minutes. There’s no surprises, no lurking creatures ready to grab our heroine, and certainly no concern over what might happen to her or her kid. The audience is just there for the ride, and the script doesn’t give us a chance to care what the hell happens.

Director Oliver Hirschbiegel, and screenplay writer David Kajganich just don’t do anything with the material, and whether that’s their fault or Silver’s, I don’t honestly care. All that matters is that this film is one of the most unthrilling “thrillers” I’ve seen in a while. The concept is still relevant, and it could have been frightening even without showing any gore. It also carries a dynamic social message about our culture that could work very well in the right environment. But they didn’t even scratch the surface of all those possibilities.

The Invasion is just a weak recreation as Hollywood types stumble for another hit at the movie-going public’s piggy bank.