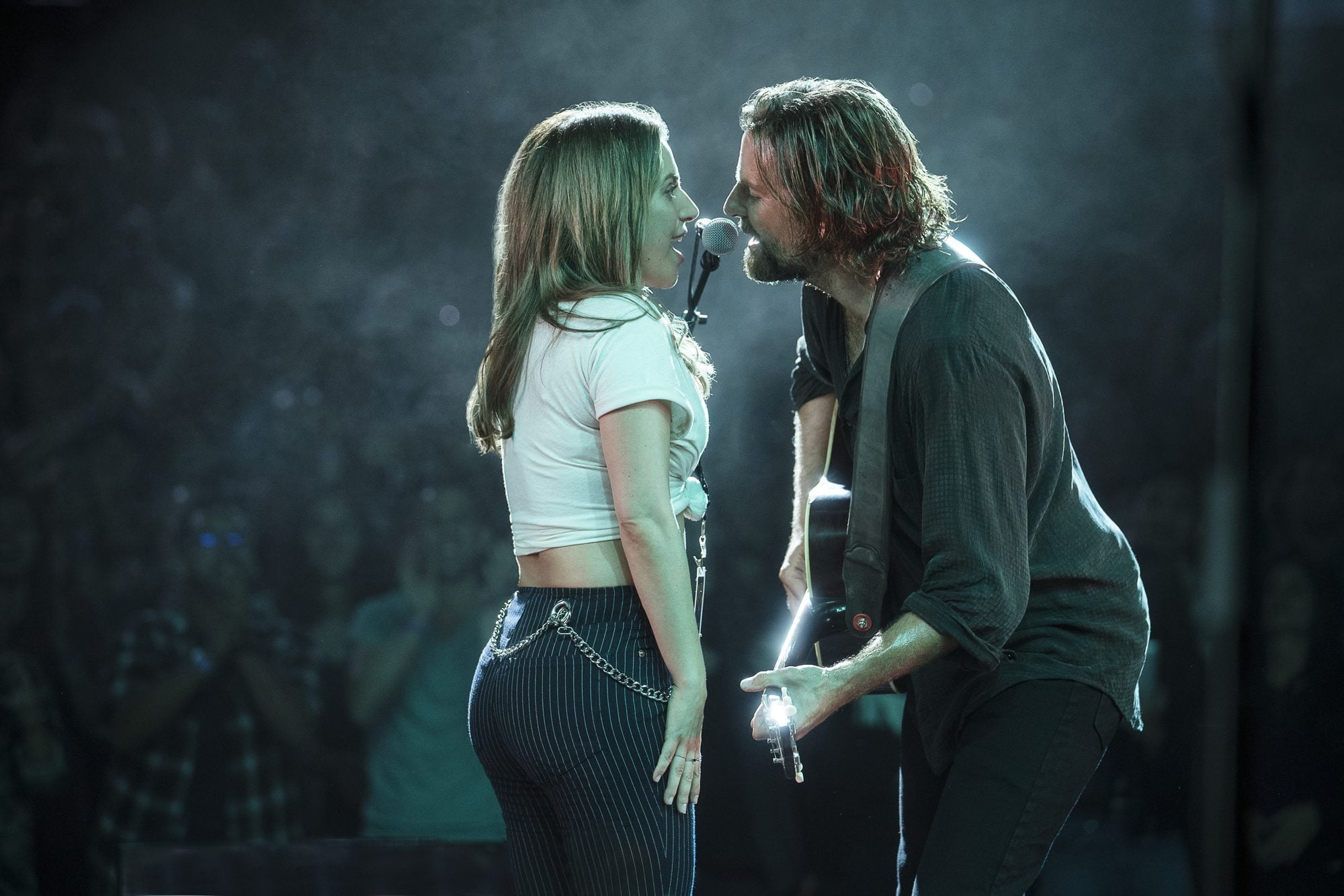 Bradley Cooper’s first feature A Star is Born is as great as the pre-release hype suggests. The time honoured story of a washed up musician taking an up and coming superstar under their romantic wing gets a much needed injection of thoughtful storytelling, expert leading performances, and an energy unparalleled by most big budget melodramas. Cooper balances his impeccably crafted work as a first time director (and co-writer) with his career best performance, while Lady Gaga further enhances her superstar status with a role that provides plenty of showstopping showcases of her singing abilities with a role chock full of subtle grace notes.

Past his prime, pilled up, and frequently drunk rocker Jackson Mayne (Cooper) discovers an incredible singer named Ally (Gaga) one night while he’s on a bender at a drag club. The two spark a fruitful creative and personal relationship, with the kind hearted, thoughtful, and fiercely protective Ally reinvigorating Jackson’s off-the-rails career. But as Ally’s career skyrockets, Jackson’s continues to flounder thanks to his insecurities and addictions.

A Star is Born doesn’t deviate too wildly from the frequently remade storyline, but everything else about Cooper’s film feels refreshed and new. A Star is Born boasts some of the most dazzling visuals ever for a first feature and a sound design that’s been calibrated to deliver every musical number with maximum bombast, but none of the technical elements are distracting from a film that’s packed to bursting with exceptional performances. Cooper and Gaga are every bit as amazing as you’ve heard, but there’s some exceptional work in the margins from Sam Elliott (as Cooper’s vastly older brother and tour manager), Andrew Dice Clay (as Gaga’s mom), and Rafi Gavron (as Ally’s single-minded, constantly skeptical manager). Cooper knows that such a story is only as good as the performances, and everyone does their part to turn A Star is Born into a rousing work of art.

It’s still only the second best take on this material, but A Star is Born feels like the only major studio blockbuster that has a well earned chance of sweeping major categories at this year’s Oscar ceremonies.