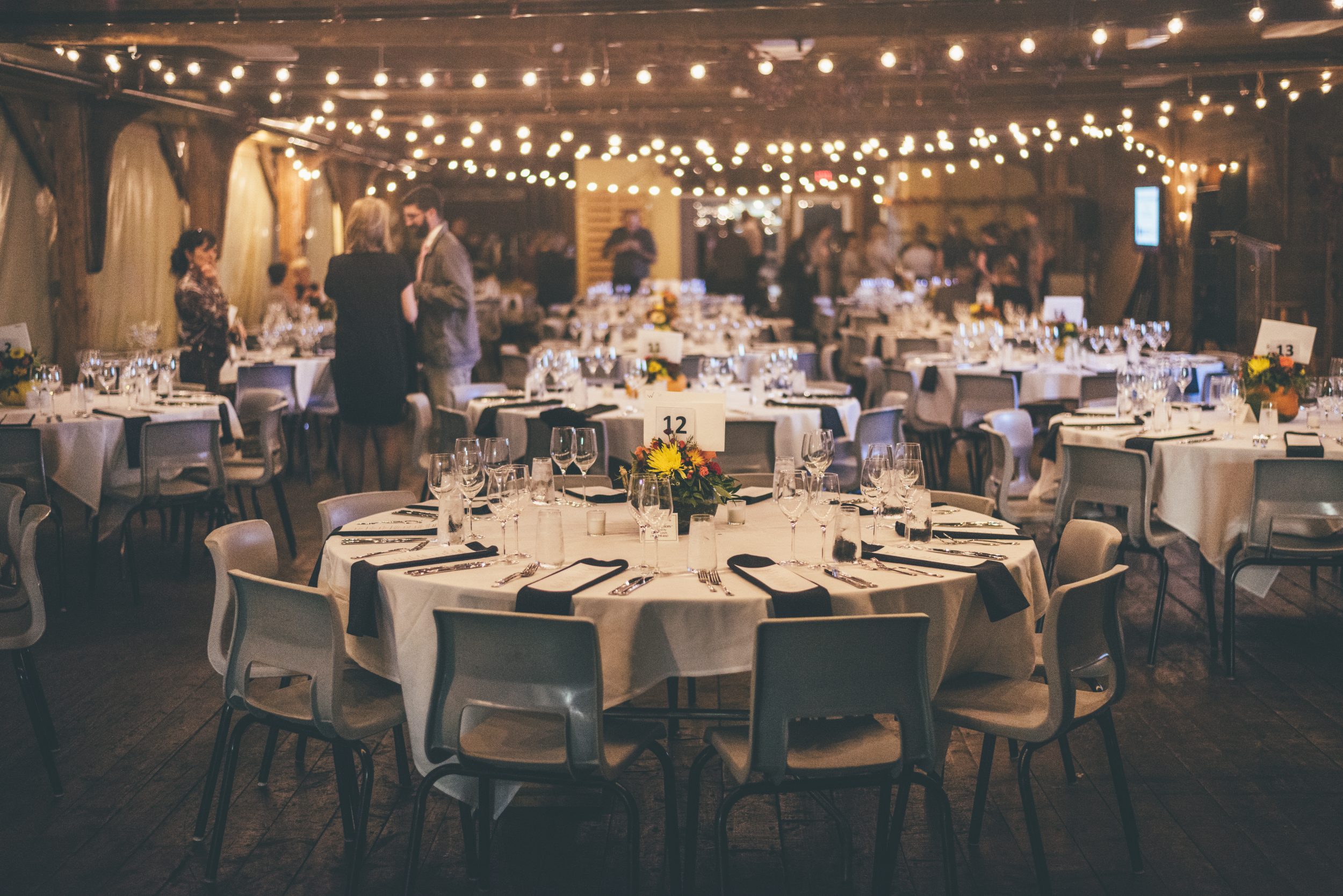 Food lovers, rejoice! Devour! The Food Film Fest returns this week, and it’s what I would call the perfect event for the gastronomically devoted. The 8th annual festival kicks off today and runs until October 28th with a mix of culinary highlights including films, food, and drink in Wolfville, Kentville and Kings County, Nova Scotia.

The festival is focused not just on celebrating and admiring food, but also the role that food plays in our world. This year’s programming lineup includes food crafted by internationally renowned chefs from around the world, terroir-driven experiential tours, industry workshops in film and food, and a multitude of tastings.

Some of the high profile chefs that will be in attendance at Devour! include Chicago’s Jean Joho (Everest); acclaimed author and canning expert Paul Virant (Vie); BBQ legend Meathead Goldwyn; and Eduardo Garcia, star of the documentary Charged: The Eduardo Garcia Story; plus industry leaders, professionals and a number of rising culinary stars.

Michael Howell, Devour!’s executive director calls the festival, “the inspirational collision of food and film on screen and on the plate interspersed with educational and entertaining activities leaves visitors spellbound.”

As he put it, “Films come to life when a gastronomic experience is part of the event.”

We also asked Lia Rinaldo, Devour!’s managing director to sum up the Devour! festival experience. “It’s remarkable,” she said, “to watch a theatre full of foodies transformed by a thought-provoking and challenging film and actually leave with a new outlook on food, culture, or perhaps a part of the food chain that’s broken, sometimes even putting a little action into practice within the span of our festival.”

One of last year’s guest curator was actor Gordon Pinsent, who said of the festival, “Everything about it was as promised; from beginning to end. It was special in every way: the housing; hosts; the chefs and their presentations, and–without fail–the ever-present flow of street life, and new friendships everywhere we turned. There was not a wrong step in any of it. I thought I was home.”

Visit devourfest.com for more on the festival, for full programming details, and to buy tickets.

Signature events at Devour! include:

The Festival will officially open with the annual Taste of Nova Scotia Opening Gala Reception, with special guests former White House Chef for the Obamas and food activist, Chef Sam Kass and Devour! alum, celebrity chef and TV host, Bob Blumer. Twelve of Nova Scotia’s finest chefs join together to create a sensory exploration of local cuisine. Tickets are $50 and include food and beverage.

The gala screening of André – The Voice of Wine, directed by Mark Tchelistcheff, will be followed by a gourmet five-course dinner complete with wine pairings inspired by the film. Tchelistcheff will attend the celebratory meal prepared by respected chefs Michael Blackie (NEXT, Ottawa), Peter Dewar (Nova Scotia Community College, Kentville), Ryan Keough (Spuntino, New York), Christopher Pyne (Founders House, Annapolis Royal, NS), Brandon Olsen (La Banane, Toronto), and Louis Bouchard Trudeau (Bouchon, Quebec City). Tickets are $150 and include food and beverage, as well as access to the after party: The Deep Dish – A Party for Chicago.

Following the gala screening of the inspiring documentary Charged: The Eduardo Garcia Story, an all-star team of chefs from across North America will present a five-course menu with wine pairings inspired by the film. The evening’s chefs include the subject of the film Eduardo Garcia (Montana Mex, Montana), whose near-death accident after being shocked by 2400 volts of electricity, came to inspire others by his story of survival and recovery. Joining Garcia will be John Higgins and Glenn White (George Brown College, Toronto), Blair Lebsack (RGE RD, Edmonton), Annaleisa Scigliano (NSCC), Charlotte Langley (Scout Canning, Toronto), and Martin Ruíz Salvador (Fleur de Sel, NS). Tickets are $150 and include food and beverage, as well as access to the Devour! Spotlight Gala Party.

For the first time ever, and by popular demand, Devour! will host the inaugural classic Nova Scotia lobster supper under Lightfoot & Wolfville’s marquee tent.

At the same time, 150 guests will be attending the Devour! Road Show: Celebrity Chef Film Dinner, a five-course dinner with wine pairings, in the stunning Lightfoot & Wolfville Barrel Cellar. Chefs Mark Bauer (ICC, New York), Darren Clay (PICA, Vancouver), Geoff Hopgood (Lightfoot & Wolfville, Wolfville), Jean Joho (Everest, Chicago), and Paul Virant (Vie, Chicago) will each cook up a dish inspired by one of five short films that will be screened prior to each course. The night will culminate in the Devour! Cocktail Pop-Up Party complete with signature cocktails by Devour! mixologists and live music by the Mark Riley Project. Tickets are $200 and include food and beverages. Sponsored by the Royal Bank of Canada.

Devour! presents the Golden Tine Awards for films in five categories: Best Short Documentary, Best Short Drama, Best Feature Documentary, Best Feature Drama and Best Animation, chosen by an esteemed jury to celebrate outstanding films at the annual awards brunch. The brunch will feature food prepared by five chefs from some of the province’s most popular and tasty brunch spots. Tickets are $25 and include food and beverage. Sponsored by the Egg Farmers of Nova Scotia and Compass Distillers.

Devour! is remounting its community-inspired culinary fundraiser in support of regional food banks. Celebrity chefs led by Chicago’s Meathead Goldwyn will be cooking up a BBQ chicken dinner to raise money and food for those in need. Successful Annapolis Valley art project Uncommon Common Art will be closing their 2018 season with a special event as part of the dinner’s entertainment. Admission with a pre-issued food bank ticket, or cash or food donations. Sponsored by the Chicken Farmers of Nova Scotia and Bank of Montréal.