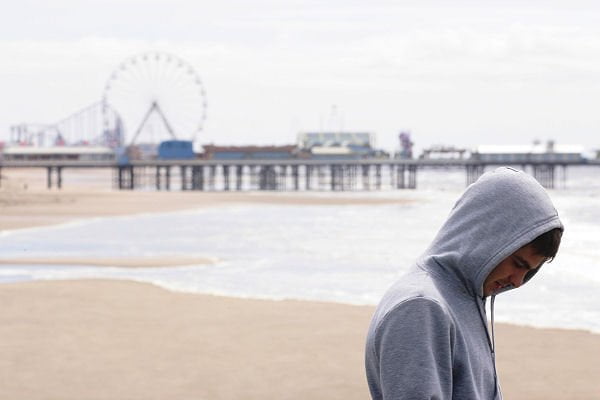 Andrew Garfield in Boy A

The summer finally brings one of the first truly noteworthy dramas with the release of Boy A, a complex drama based on the famous novel of the same name. Also coming to theatres this week are a string of truly mindless films, including Jason Statham action-packed Death Race, Rainn Wilson silly comedy, The Rocker, farcical comedy Hamlet 2, and worst of all, The House Bunny.

Boy A
Based on Jonathan Trigell’s award-winning novel, Boy A is a coming-of-age drama that originally premiered at last year’s Toronto International Film Festival.

The story is about Jack, a recently released juvenile criminal who spent most of his childhood in prison. Now, at the age of 24, he is finally free and trying to live his life under a new name, unable to tell anyone about his real past.

When a random incident puts him in the spotlight though, Jack’s life is turned upside down again, opening up a past that he hoped would never be revealed.

The film stars Andrew Garfield as Jack, and Peter Mullan as Jack’s aid worker, Terry. Shaun Evans and Katie Lyons also co-star in the film, which was directed by John Crowley.

Offering a deeply moving, dark story, Boy A is certainly not the escapist fare that usually gets so much attention over the summer, but it’s easily the best film arriving in theatres this week.

Critics have praised the film for its gripping portrayal of a young man’s emotionally charged journey.

As Joe Neumaier of the New York Daily News wrote, “If Hitchcock had done a coming-of-age drama, it might have resembled this haunting, nervous, sad movie.”

Whereas the original film was not only campy, but also offered a political commentary on violence, it’s safe to say the new film has no plans for the same style or message. There are only a small number of reviews out so far, which suggest what you probably already guessed from Anderson and Statham working together: the film is an action extravaganza. Period. Expect great effects, explosions, and very cool cars, and not much else.

The Rocker
Over the past few months actor Rainn Wilson has been promoting The Rocker like only Rainn Wilson could, and it seemed to work in getting the film known, but it doesn’t change the fact that the film is getting horrible reviews.

Wilson stars as former rocker Robert “Fish” Fishman, the former drummer for eighties hair band Vesuvius who is called to the stage when his nephew asks him to help out his band. Of course, neither could know what they are getting themselves into and the result is an epic tour for the young band, with an all-too-crazy rocker trying to reclaim his youth.

“Audiences would be better served staying home and playing Rock Band than wasting their time on something as leaden and unfunny as The Rocker,” Claudia Puig of USA Today wrote of the film. While Owen Gleiberman of Entertainment Weekly suggests an even bigger problem: “The only brazen thing about the film is how shamelessly it rips off School of Rock.”

Hamlet 2
Steve Coogan stars in Hamlet 2 as Dana Marschz, a high school drama teacher hoping to put on a huge musical, or risk losing his department. Short on talent, but big on ambition, Dana comes up with a sequel to Hamlet that will hopefully save the day. He just has to convince his class, and the community that it’s a good idea, but casting Elisabeth Shue in the play can’t hurt, right?

Co-starring David Arquette, Catherine Keener, Amy Poehler, and Shue herself, the film has an amusing cast, and more than a few good reviews following its debut at Sundance. There is still no shortage of bad reviews however.

“Sure, Steve Coogan has his hilarious moments as a delusional drama coach struggling to save the arts program at a Tucson, Ariz., high school,” Christy Lemire wrote for the Associated Press, “but that’s all there is in the movie: moments.”

The House Bunny
I adore Anna Faris, despite all of her bad movies, but there is just no way to expect anything but disaster from The House Bunny.