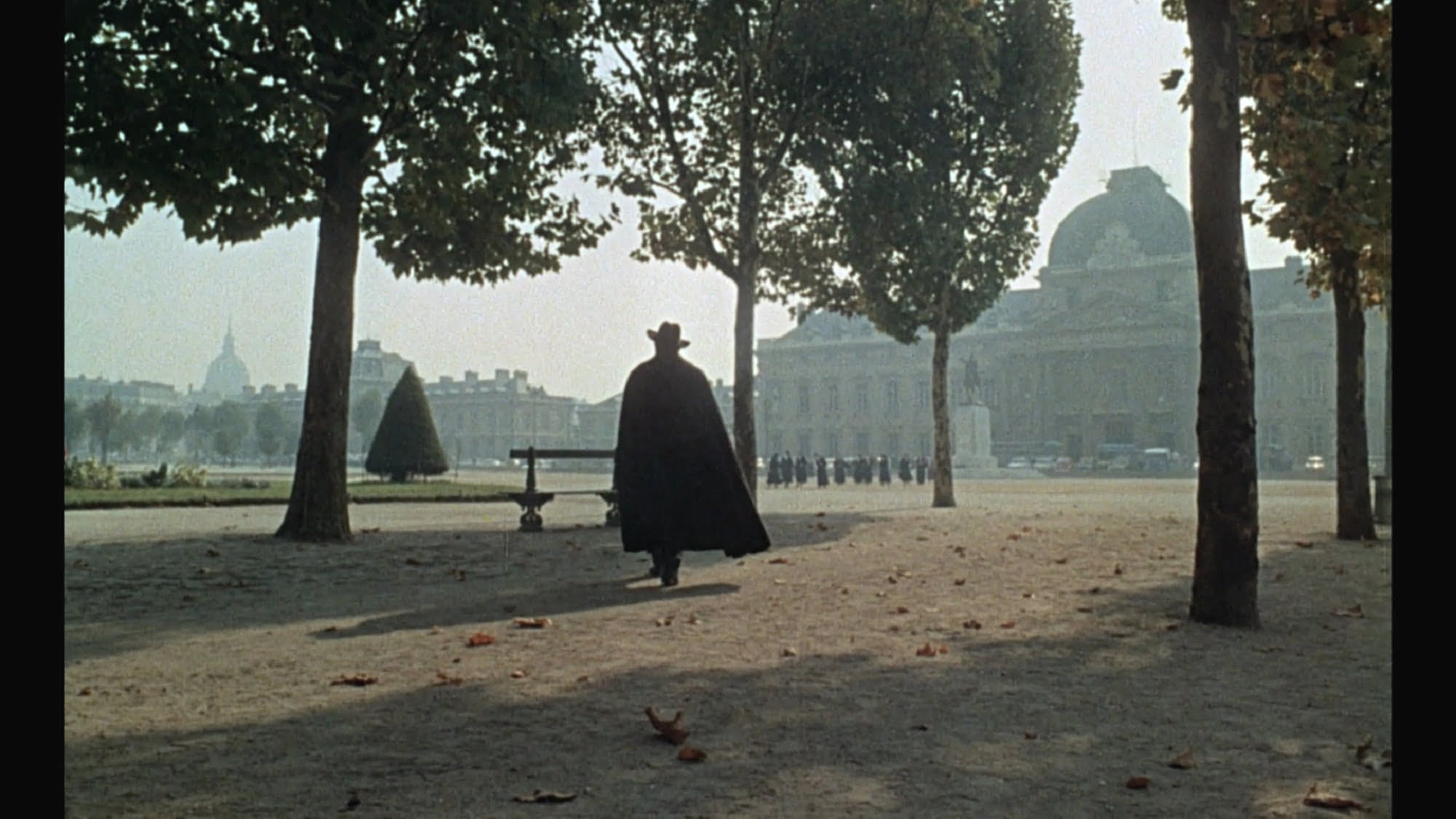 The story behind the laborious making of Orson Welles’ final masterpiece The Other Side of the Wind is just as fascinating, beguiling, and contradictory as the film itself, and Oscar winning documentarian Morgan Neville’s well crafted and entertaining oral history of events, They’ll Love Me When I’m Dead, is as great and thorough of a primer on the subject as one’s likely to get. After sitting in legal and political limbo largely unassembled for the past forty years – long after Welles’ death in 1985 – The Other Side of the Wind was recently completed and released to Netflix this past weekend. Neville’s They’ll Love Me When I’m Dead is a feature length companion piece released by Netflix at the same time, and in some ways provides indispensable supplemental material that will only enhance viewer’s appreciation (or potential frustration) with the final product of Welles’ labours.

They’ll Love Me When I’m Dead isn’t an overview of Welles’ entire career as the title suggests (referencing a quote attributed to the filmmaker and actor that some dispute he even said). It picks up more or less in the early 1970s, around the time that Welles’ got the notion to write, direct, and independently produce another sprawling opus that would hopefully put him back in the good graces of the Hollywood elites that shunned him after projects like The Magnificent Ambersons and Touch of Evil were taken away from him mid-production. Simultaneously loathing the acclaim that the heavily lauded Citizen Kane garnered him as a younger, thinner man and desperately craving the acclaim, attention, and resources that working for a major studio provides, Welles set about crafting his own dramatic and satirical look inside the Hollywood dream factory. It was to be a film-within-a-film, depicting a washed up, once exiled veteran filmmaker (played by John Huston) returning to California to make a pretentious art picture like the ones that were all the rage in Europe and amongst counterculture loving youths. The fictional director is about to have his film virtually silent and overly erotic film taken away from him (clips of which are scattered throughout, starring Robert Random and a frequently naked Oja Kodar, Welles’ then writing and life partner, despite him being a married man at the time). The aging filmmaker is attempting to drink his way through his seventieth birthday party, while constantly needling one of the party’s most high profile guests, am up and coming director named Brooks Otterlake (played by Peter Bogdanovich, who was then hot off his own first success as a filmmaker with The Last Picture Show).

Neville (Won’t You Be My Neighbor?, 20 Feet from Stardom, Best of Enemies) traces the history of The Other Side of the Wind through the recollections of those who were there to watch the entire genius debacle unfold and evolve. Welles staunchly refused to admit that The Other Side of the Wind was autobiographical in any way, but every interview subject willing to speak on camera in They’ll Love Me When I’m Dead calls bullshit on the filmmaker’s bold faced denial of parallels between life and art. Neville and Welles’ contemporaries, collaborators, and friends seem to always be taking note of the auteur’s various contradictions, half-truths, and outright lies. Frequently throughout Neville’s film, various interview subjects will recall seminal moments from The Other Side of the Wind’s production that contradict, refute, negate, or alter the viewpoints of others witnessing the same events. It’s not too long into They’ll Love Me When I’m Dead that the viewer will realize what type of person Welles ultimately was. He was a demanding, obstinate, sometimes cruel, and always passionate artist who told people exactly what they needed to hear for them to go along with his wishes and edicts.

Welles obviously isn’t around to speak his side of the story, but he told many various details to different people throughout production. Even if Welles was fudging things a bit, every bit of direction he gave to the cast and crew of The Other Side of the Wind came wrapped in some degree of emotional or factual truth. Much like his films, They’ll Love Me When I’m Dead shows Welles as a person where one had to read between the lines. Most of them, including Bogdanovich, who helped shepherd The Other Side of the Wind to its eventual completion, still have no clue what Orson was trying to achieve, but they all knew how much the work meant to him, and all of them cite the director’s passion as the main reason for sticking around.

But outside of the difficulty of working with a cinematic luminary like Orson Welles, They’ll Love Me When I’m Dead deftly outlines the numerous other factors that led to the film’s eventual demise. With no one in America left to fund his productions, Welles found financial backing in Spain, France, and even with the brother of the Shah of Iran, all of which would have drastic consequences and downsides once the film neared completion. The ties to Iran around the time of the country’s revolution would cause the ownership of the negative to come into question. Eventually, European courts would dictate that the footage – which an increasingly broke, desperate, and despondent Welles tried cutting for years while a guest at Bogdanovich’s home – would be locked away until any legal matters surrounding ownership could be resolved. They never were before Welles passed away, making The Other Side of the Wind just another one of many projects the filmmaker would bring almost to the point of completion before having to abandon it.

The Other Side of the Wind was filmed over the course of six years, on and off, by Welles, but the bulk of the action at the birthday party was shot in a matter of days in 1974. During the shoot, the actor originally playing Brooks Otterlake, famed impressionist Rich Little (who shows very little regret over not being involved with the film’s completion throughout in his interview), walked off the over schedule project to attend to further commitments. Bogdanovich, who was originally tapped to play an overly eager film student, stepped in to play Otterlake, and eventually Welles used the change in casting to play out an all too real game of one upmanship with the newly minted director of the day. 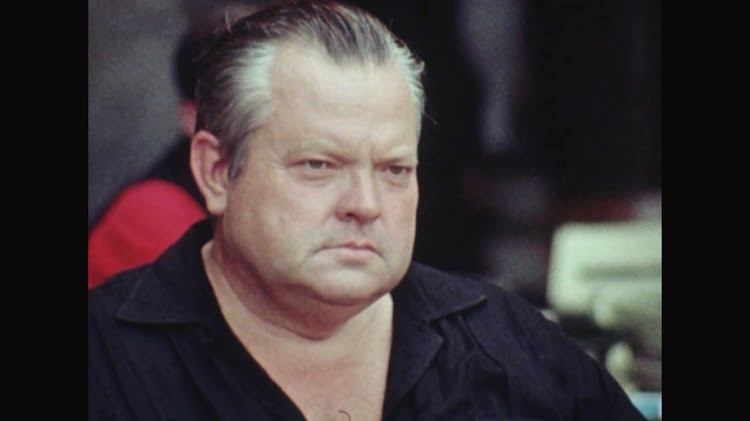 As evidenced by They’ll Love Me When I’m Dead, Welles was a sad shell of the man he’d once been in his prime by this point. Although there’s a great line spoken by Huston’s aging hack in The Other Side of the Wind about never borrowing money from friends, Welles was officially at the point where he wasn’t above grovelling for anything. Although he was still temperamental and willing to hold grudges for unhealthily long periods of time, he was also frequently quick to apologize and acknowledge the work of those around him. Now renowned producer Frank Marshall, who got his start working as Welles’ production manager on The Other Side of the Wind and is now one of the main people responsible for the film’s completion and restoration, says that Orson would frequently fire him before hiring him back a day or so later. From the sounds of it, the only way to get a day off on a Welles production was to get laid off for a day or two.

Here was an anxiety ridden man that couldn’t stand the idea of making another half-baked failure and who didn’t care what people thought about him as long as they were thinking about him. “You oughta hate it or loathe it,” as Welles put it about The Other Side of the Wind in one archival interview shown here, but the duality of Welles’ personality is best summed up in They’ll Love Me When I’m Dead by Bogdanovich when he details what happened after the two had a falling out following a contentious talk show appearance with Burt Reynolds. Bogdanovich received two notes after he brought up his hurt feelings with Welles: one a sincerely written apology and the other blaming the younger man for everything that went wrong.

And while most speak of Welles poignantly throughout They’ll Love Me When I’m Dead, not everyone has the kindest words about the production or the larger than life person behind it. Welles’ daughter still seems sore about her father’s infidelity and inattentiveness, and rightfully so. Cybill Shepherd, Bogdanovich’s ex-partner from the era in question, speaks out not only about Welles terrible manners as a houseguest, but also about how he hated her so much that he made a joke about her youth and inexperience through the film’s worst performed and cast role. Almost everyone Neville interviews admits that Welles pushed them to a breaking point, and it’s always interesting to see if they ended up continuing on the journey of making The Other Side of the Wind or if they left for their own health and sanity.

Like many documentaries about troubled film productions and behind the scenes struggles of celebrities, They’ll Love Me When I’m Dead comes with some choice trivial tidbits that have never been heard before and will likely live on in infamy. Welles’ location of choice for the party sequence in The Other Side of the Wind was an Arizona mansion located right next to the one Antonioni blew up in Zabriskie Point. Welles’ cinematographer and greatest supporter, Gary Graver, would often have to spend his days away from The Other Side of the Wind shooting B-movies and porno to pay the bills, and at one point Orson helped the cinematographer edit a skin flick just to get him back on set. Neville also comes across a curious bit of newsreel footage where a bunch of reporters, well wishers, and cineastes stand around Welles in a circle asking him no small number of questions about The Other Side of the Wind, and it’s a moment that eerily mirrors several of the sequences that unfold early on in Welles’ narrative.

They’ll Love Me When I’m Dead is an exceptional enough documentary to be viewed on its own merits, partially thanks to on-and-off screen narrator Alan Cumming chiming in to provide viewers with a logical timeline and necessary context, but it works better to watch it either before or after Welles’ latest and most likely last. Anyone curious about the tumultuous final years of Orson Welles’ career won’t find all the answers they’re looking for about the auteur from They’ll Love Me When I’m Dead, and the ones they get might be a result of the director’s purposeful need to bullshit everyone around him like his life was the world’s greatest magic trick. What Neville is able to accomplish with his second documentary this year is the fostering of a sense of understanding around a heavily mythologized and deified personality in cinematic history. If The Other Side of the Wind is Welles epitaph, consider They’ll Love Me When I’m Dead as a fitting memorial service.

They’ll Love Me When I’m Dead is now available to stream on Netflix.

Check out the trailer for They’ll Love Me When I’m Dead: