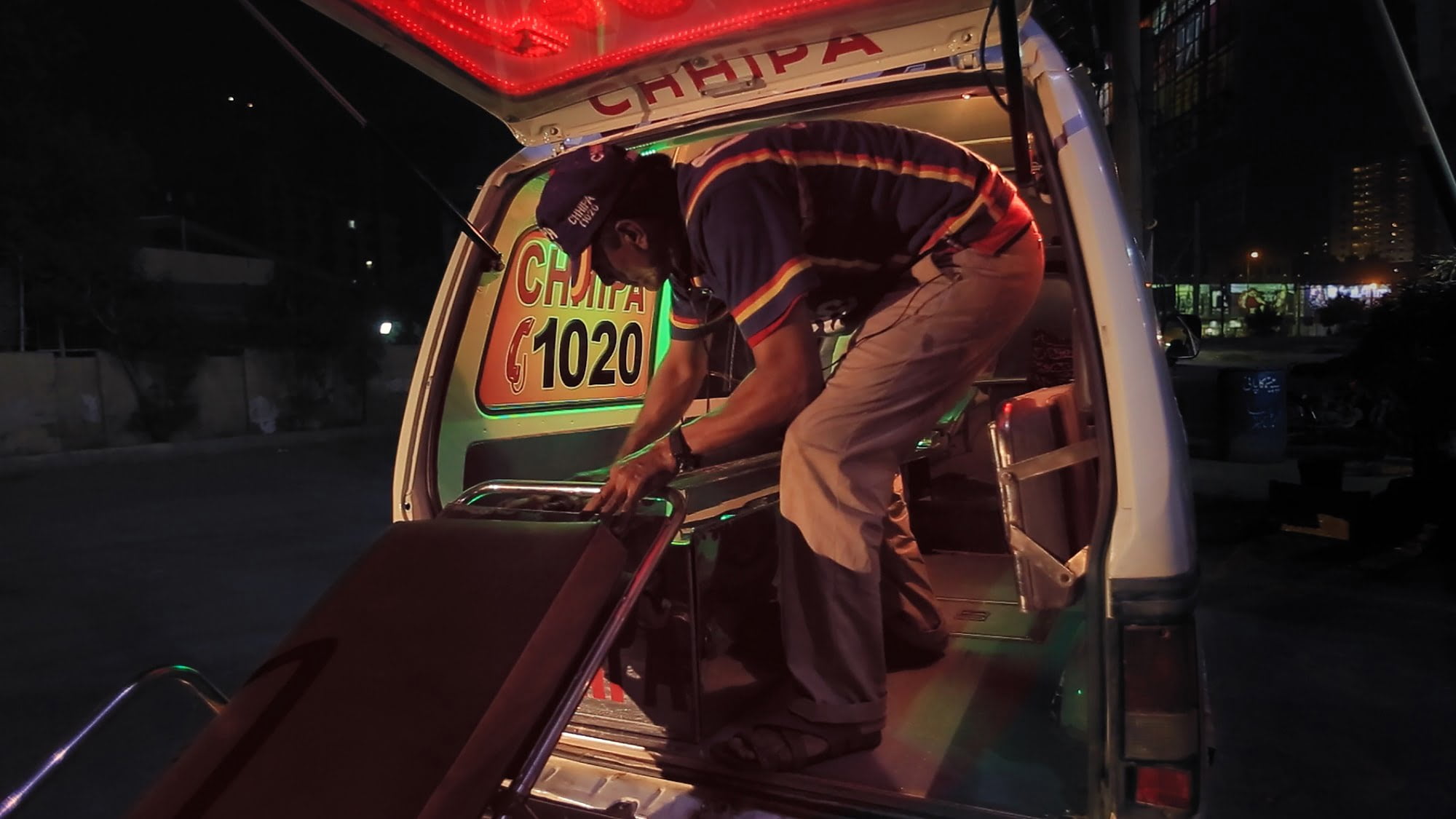 Never blurring the line between reality and fiction, but instead poignantly and thoughtfully considering where that division exists, Shehrezad Maher’s documentary This Shaking Keeps Me Steady examines how recreations of tragedies could never approximate the immediacy of an emergency.

Maher speaks with paramedics working for CHHIPA, an ambulance company operating out of Karachi. They talk about the horrors they’ve witnessed – abandoned bodies, mass casualty incidents, even a story about a young woman who poisoned her family – and how they’ve created a lasting impact on how they view the world around them. Such a topic could make for a harrowing and intellectually provoking effort on its own, but This Shaking Keeps Me Steady also looks at how these paramedics are asked to share their experiences and sometimes participate in recreations of such events for television dramas and sensationalized nightly newscasts.

While the paramedics never expressly say that these reenactments are damaging to their profession, Maher is able to get them to talk about the disconnect between how they remember and process tragedies and how they’re depicted for a larger public audience. The only violence on display in This Shaking Keeps Me Steady is of the manufactured, endlessly calculated theatrical variety, and when it’s placed into opposition with the reminisces of the interview subjects, such moments feel even faker. Curiously, one of the paramedics who has taken place in such reenactments states that being an actor might be more exhausting than responding to an emergency, but their mere words spoken down the lens of Maher’s camera carry more truth and emotion than any amount of fake blood and soap opera calibre acting ever could. It’s a wonderful look at how media has changed the way we process trauma.

This Shaking Keeps Me Steady screens as part of the Reel Asian International Film Festival on Wednesday, November 14, 2018 at 7:00 pm at Innis Town Hall. Free tickets for the screening can be reserved by registering through the Asian Institute at University of Toronto.