Review: One Cut of the Dead 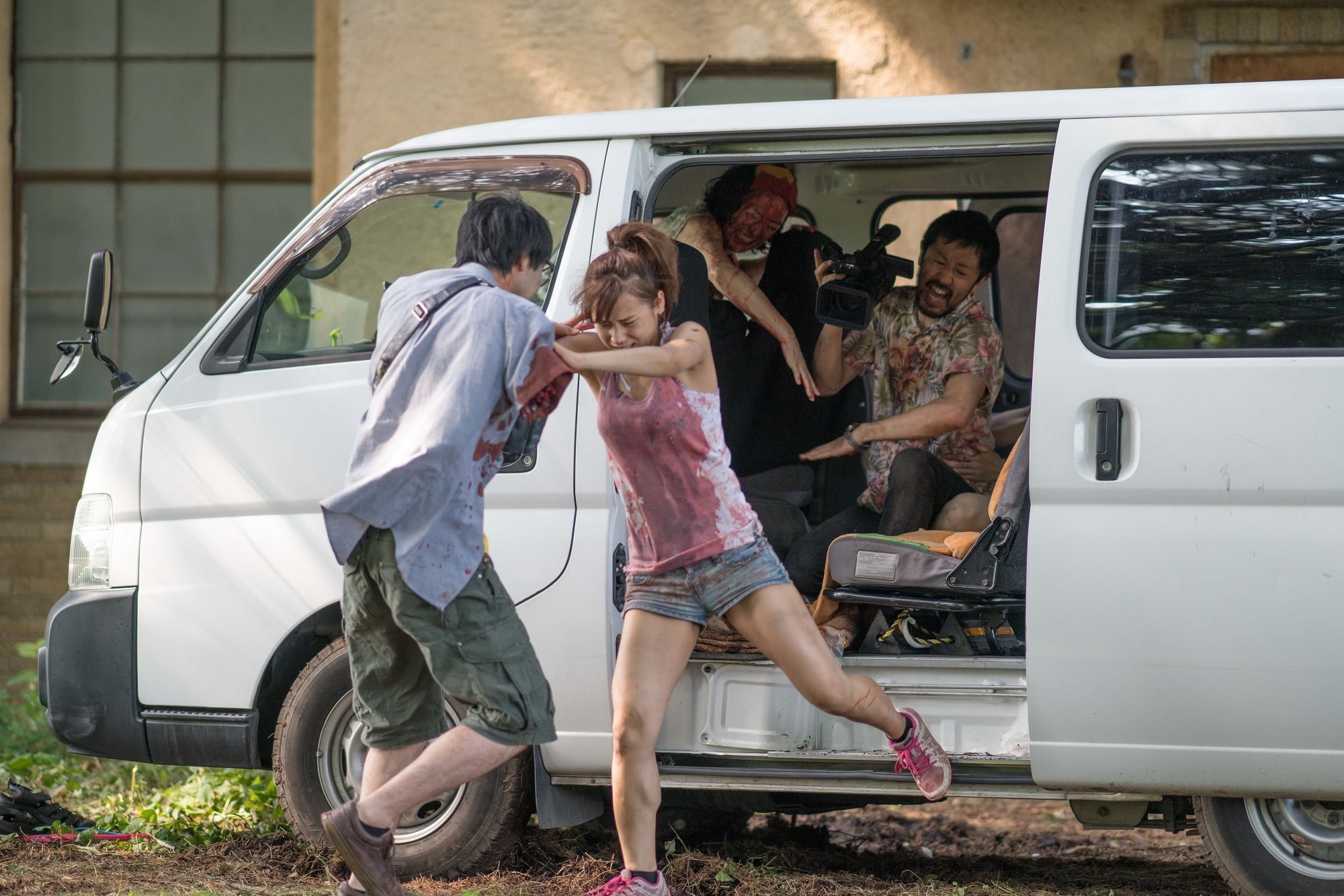 Wildly inventive and endlessly unique, One Cut of the Dead is one of the most ambitious and entertaining genre experiments ever concocted. Upon its initially modest release in Japan, One Cut of the Dead quickly exploded to Blair Witch Project proportions, and it’s not hard to see why.

The first solo feature effort from writer-director-editor Shinichiro Ueda, One Cut of the Dead starts off with a simple enough premise. A low budget film crew, led by a tyrannical, perpetually agitated director (Takayuki Hamatsu), are filming a schlocky zombie movie at an abandoned water filtration plant that was once rumoured to be the site of military experiments with the undead. The burnt out leading lady (Yuzuki Akiyama), make-up artist (Harumi Shuhama), and the production’s featured zombie (Kazuaki Nagaya) are trying their best to keep their wits about them, but quickly they realize that the urban legend surrounding the film’s shooting location might be true and their director might be actually evil instead of a merely terrible boss.

Or so one might think. One Cut of the Dead’s opening sequence is a nearly forty minute long single take “behind the scenes” of the production where the lines between fiction and reality in Ueda’s world are constantly being blurred and redefined. There’s plenty of frantic action and pacing in the early going, but the true wonder and genius of One Cut of the Dead comes from Udea’s ability to reinvent his story’s approach and aesthetics not once, but three times, and to outstanding effect with each pass. While Ueda pays homage to any number of genre titans with One Cut of the Dead, no one has ever made a “zombie film” this energetic, challenging, and unique. There isn’t a single moment – even the most seemingly cheesy ones – that aren’t delivered with the utmost thought and care.

Is it a bit too clever and irreverent to the point of being somewhat cutesy? Perhaps, but that’s also what makes One Cut of the Dead a hell of a lot of fun.

One Cut of the Dead screens on Friday, September 20, 2019 at 9:30 pm at TIFF Bell Lightbox, with an extended introduction from film programmer Steven Landry.

Check out the trailer for One Cut of the Dead:

This review originally appeared as part of our coverage of the 2018 Reel Asian Film Festival and has been amended for the film’s latest screening.

One Cut of the DeadReel Asian 2018Shinichiro Ueda