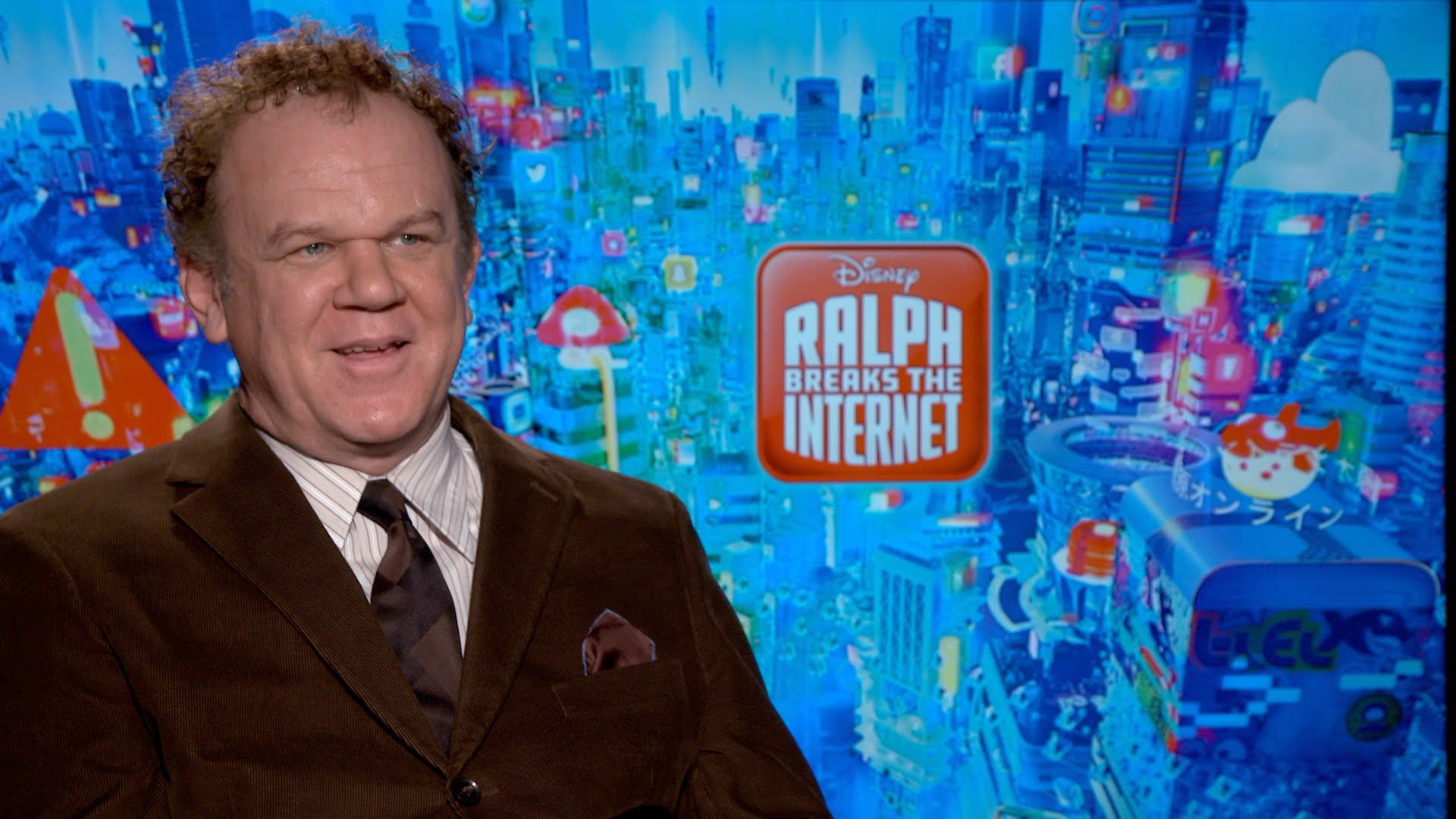 John C. Reilly returns as Wreck-It Ralph today in Disney’s Ralph Breaks the Internet, and I had the distinct pleasure of chatting with the star about stepping back into the role.

Reilly is a charming, warm, and fascinating actor to chat with, and he’s almost as animated as Ralph when he talks about the character that he loves to play.

Sitting down to talk in New York, Reilly said that getting into character is more like a point of view, since he doesn’t change his voice much for the role. “It’s just like taking a more naive point of view,” he said.

“He’s the guy who gets everything wrong on the first try,” Reilly said. “Ralph makes a lot of well-intentioned mistakes everywhere in his life, and certainly when he gets to the internet.”

“It was a big treat to go back to this guy,” he said, “because I felt really close to him, and he really came from my heart. I built this character with Rich Moore and Phil Johnston on the first one, so getting to go back with him was like seeing an old friend.”

And then, there was the time that Reilly met Ralph’s Disneyland counterpart. So what did he do when they met?

“You know, I saw the mascot; they finally have a Ralph mascot that walks around Disneyland now, and I got to meet him at the premiere and the first thing I did was, I ran up to him and gave him this big hug. He was nice to hug–he’s really big.”

In the end, Reilly suggested that if he had the chance to play Ralph again, “I love this guy so much, I want to spend as much time with him as possible. Maybe they should give me the mascot job at Disneyland. I can walk around and be him all day.”