Review: They Shall Not Grow Old 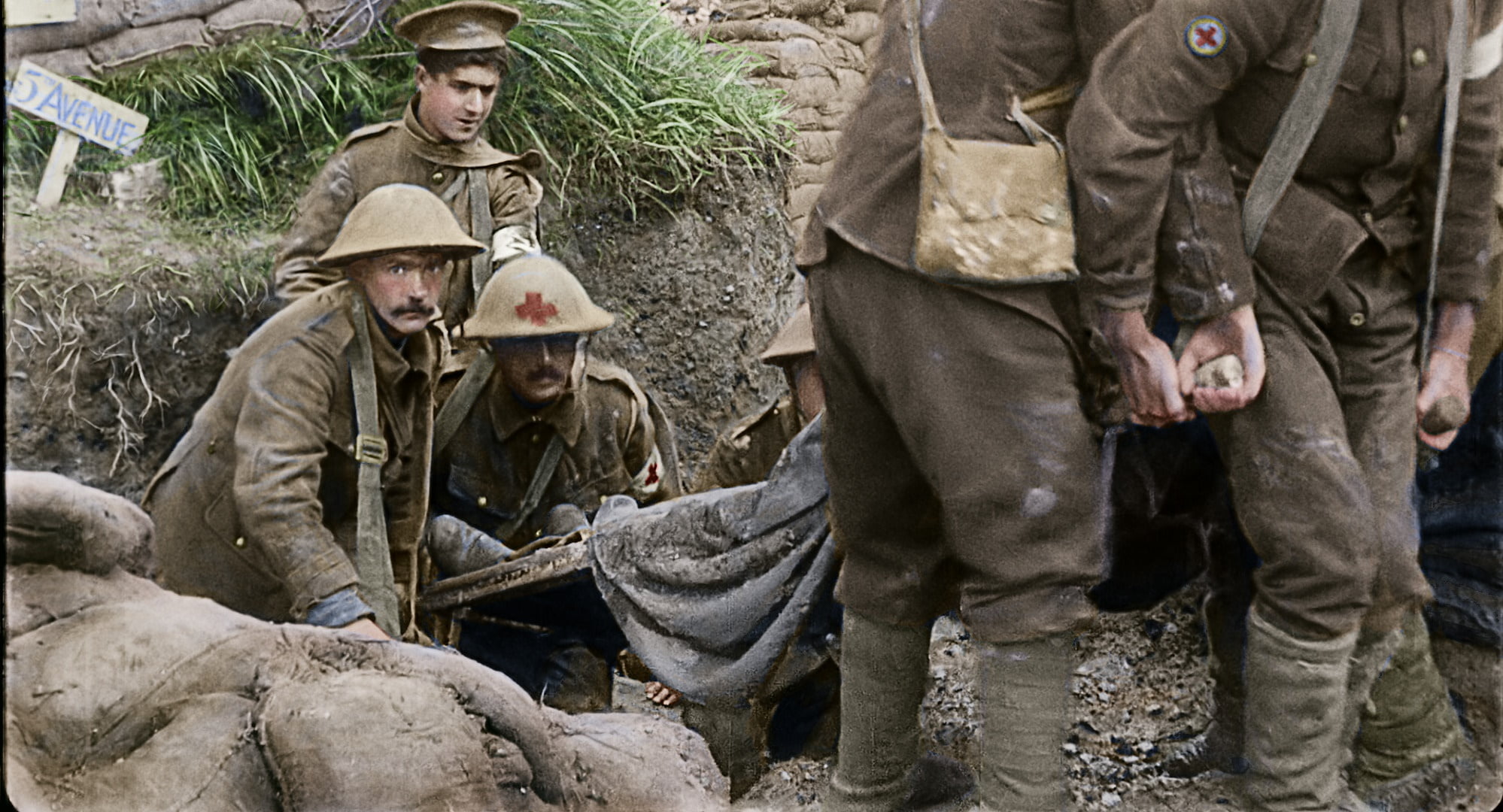 A remarkable technical and archival achievement arriving just in time for the Centenary of World War I, Peter Jackson’s harrowing and impeccably realized documentary They Shall Not Grow Old brings viewers closer to the horrific and historic front lines of battle than any film before it. A moving and heartbreaking bit of gratitude for those who fought for England in what was supposed to be the “war to end all wars” – told largely from the perspective of those who lived through it – They Shall Not Grow Old recontextualizes the human cost of battle and memorializes those who gave all in poignant, respectful, and unflinching fashion.

Although he’s better known as a blockbuster filmmaker, Jackson and a team of various and dedicated preservationists and film restorers have crafted a timeline of World War I made entirely from footage and audio recordings that were produced not long after the advent of cinema. They Shall Not Grow Old is constructed from snippets and passages from of hundreds of hours of footage that was in many cases thought lost or irreparable and even more that has never been seen by audiences previously. Some of the film stock that Jackson and company are working from is too far gone to produce crisp, clean images, but they do the absolute best they can, and the results are transformative and vital. While plenty of footage exists of World War II and all the conflicts that came after, very little remains from World War I, and They Shall Not Grow Old positions itself nicely as a definitive visual and audio text on the subject.

The early moments of They Shall Not Grow Old walks viewers through England’s slow and measured march into the war. As a collection of images and montages play out for the viewer in a sort of black and white shadowboxed format (one that’s enhanced through the use of 3D, and if you can get to such a screening, it’s definitely worth it), as a combination of restored period audio and a small handful of narrated recreations finds citizens and soldiers alike talking about where they were when the war broke out, the lengths some went to in order to enlist, and the general feeling that there was no way England could lose the war. In this section of They Shall Not Grow Old, Jackson provides keen social context for the war and more or less walks viewers through the basic training process. 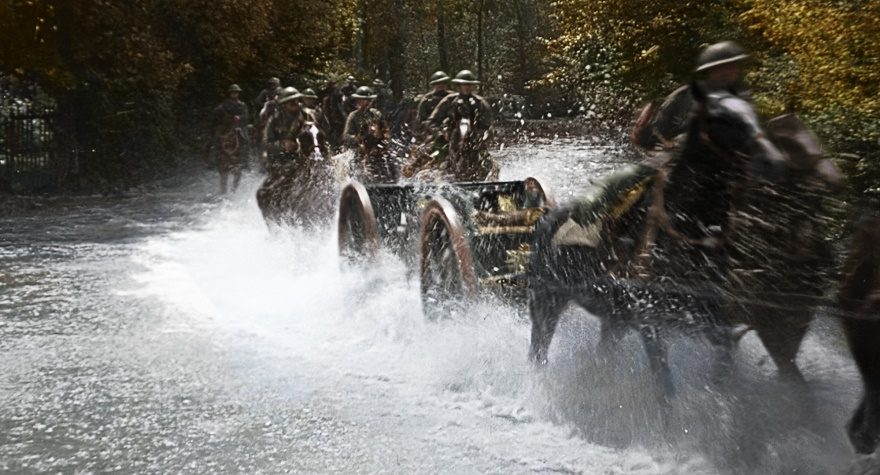 But once it comes time to visit the front lines and trenches of Europe, Jackson’s film becomes a lot more colourful, ambitious, and terrifying to behold. The image widens and bursts into stark colour, depicting every horrific and potentially stomach churning reality of the battlefield without flinching. While some might scoff at Jackson’s decision to colourize the main portion of They Shall Not Grow Old, it’s a bold and necessary choice on the part of the director. These young men saw the world in vivid colour, and while the film stock being preserved here is black and white, being true to the experience of being in combat is far more important than aesthetic bickering. No film has ever gotten closer to the nasty, brutal, and unflinchingly bleak reality of early modern warfare than They Shall Not Grow Old, and the historical power it holds is immense.

From the unsanitary conditions inside the trenches, to the introduction of tanks into the war effort, and the unwavering terror associated with charging into battles where even sinking into the mud could kill you, They Shall Not Grow Old is told from the perspectives of survivors who would never talk down to the experience of having their lives and country in mortal jeopardy. The confusion, danger, and unpredictability of the front lines captured in the stories and images are an unwavering depiction of literal hell on earth. Jackson treads delicately and respectively with such stories, but never shies away from the harsh, violent truths of war. Some of They Shall Not Grow Old is tough to stomach, and rightfully so. Jackson makes their pain and sacrifice unbearably real, and never makes the documentary’s technical ingenuity and acumen feel like a gimmick.

Just as the film opens in pre-war England, They Shall Not Grow Old ends with a similarly toned decompression period that outlines everything that happened after, and the mix of gratitude and hostility that greeted soldiers returning home. Almost immediately after the war ended, many Brits wanted to ignore that the whole thing ever happened and get on with their lives. Such attitudes still prevail today, and most of them are perpetuated by those who never seriously thought about taking a place on the battlefield. They Shall Not Grow Old isn’t merely a towering work of period scholarship from Jackson, but a reminder to never forget.

They Shall Not Grow Old screens in select cities on December 17 and 27, 2018. It also screens at TIFF Bell Lightbox in Toronto on Thursday, January 17, 2019.

Check out the trailer for They Shall Not Grow Old:

Peter JacksonThey Shall Not Grow Old

[…] Peter Jackson’s colourised documentary of World War I brings a fresh new intensity to familiar history.  “No film has ever gotten closer to the nasty, brutal, and unflinchingly bleak reality of early modern warfare than They Shall Not Grow Old, and the historical power it holds is immense,” said The Gate. […]