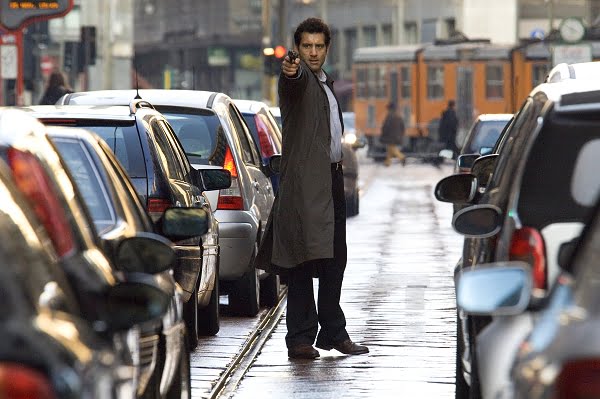 Clive Owen in The International

Friday the 13th
Just in time for your Valentine’s Day plans, and Friday the 13th, comes this remake of one of horror’s top ten films.

Marcus Nispel directs the remake under the watchful eye of producer Michael Bay, going back to Camp Crystal Lake to dig up a legend: the one and only Jason Voorhees.

The problem in remaking this legendary horror film is not so much that it shouldn’t be done, but that it should have been done by talented people.

Just look at the filmmakers and you can’t help but shake your head. Nispel’s last screen efforts were with the abysmal Pathfinder, and the writers for the project (Damian Shannon and Mark Swift) were responsible for the successful but awful franchise hit, Freddy vs. Jason.

Let’s be honest though. The film was made for a reported $16 million, and audiences are known to eat up anything horror related, so there is little doubt this film will make a killing, promising us even more horrific horror remakes down the road.

Starring Isla Fischer as an obsessed shopper named Rebecca who has a dream: she wants to work for an upscale fashion magazine. The question is, how can she make it happen?

Much like The International, Confessions Of A Shopaholic plays the relevancy card to great effect, but the reviews are nothing short of awful. Rotten Tomatoes has the film at just 22% fresh, with most critics pointing out that, for a comedy, the film is not very funny.

Under The Sea 3D
And lastly, the best reviewed film of the week seems to be this IMAX 3D movie that takes a deep-sea exploration of life under the waves.

Exploring the waters of Australia, New Guinea, and other parts of the Pacific Ocean, this stunning documentary is a must-see for underwater fanatics. It also gives viewers some first-hand examples of what environmental pressures are doing to our oceans.