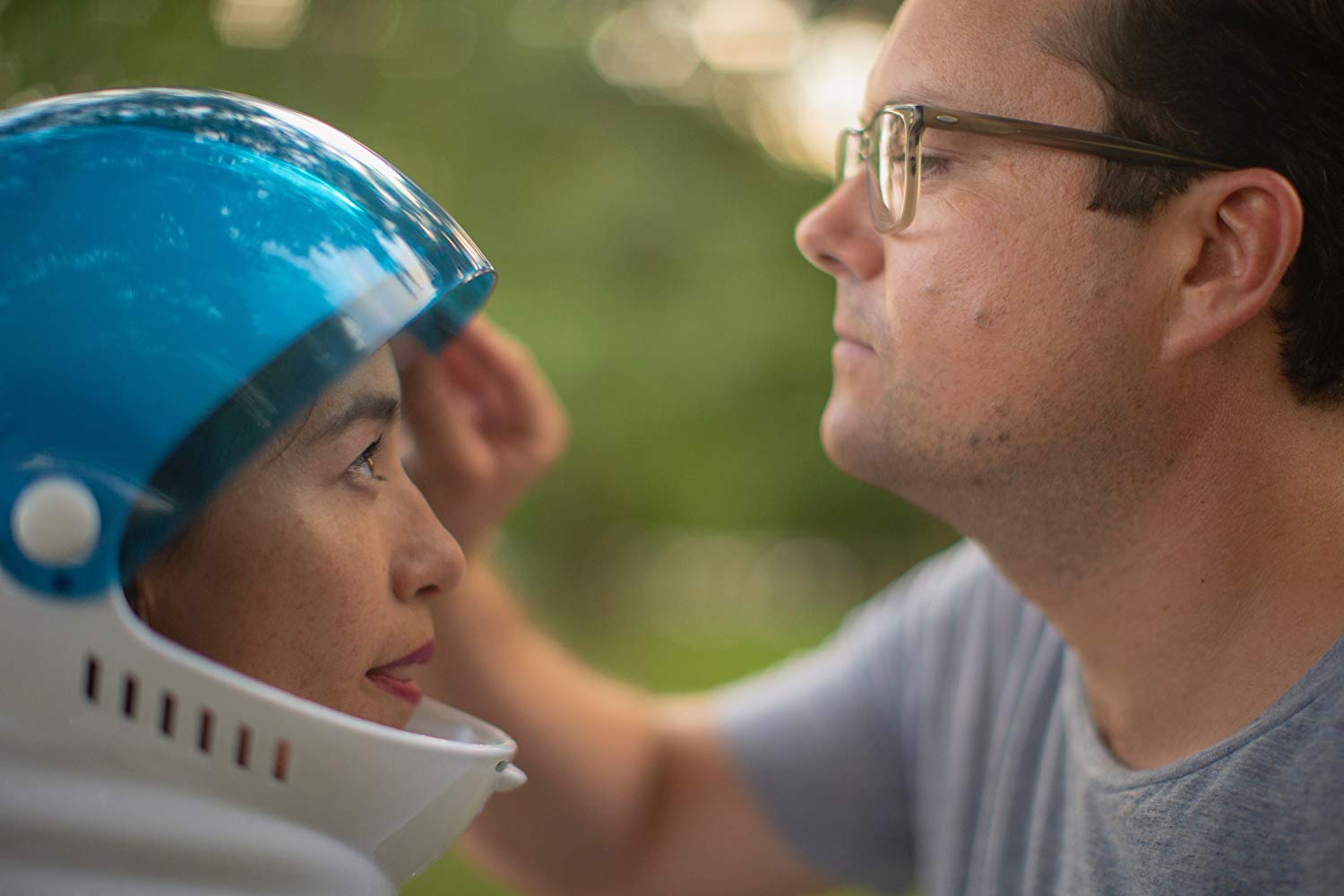 This year’s Canadian Film Fest – an annual celebration of independent Canadian cinema – kicks off with the solidly constructed and emotionally endearing high concept “meet cute” Red Rover, a movie that deftly walks a tightrope between being intriguing and overly precocious, but thankfully always ends up on the right side of that line.

Kristian Bruun stars as Damon, a recently laid off and lonely geologist who still lives in the basement of the home he once shared with his ex-partner (Meghan Heffern). With no real prospects or life direction, Damon entertains the idea of applying for a science experiment-slash-reality television show built around a billionaire’s attempts to mount the first manned mission to Mars. He’s turned on to this idea by Phoebe (Cara Gee), an eccentric indie musician who’s working as a promo girl for the titular experiment. Phoebe befriends Damon and gradually gets him to come out of his shell, but there are some emotional wounds that she’ll never be able to help him with.

Directed and co-written by Métis filmmaker Shane Belcourt (Tkaronto), Red Rover has a premise that sounds like it came from the cringe-inducing early 2000s American indie scene where quirky young women would help a nerdy, wounded straight guy regain some sense of confidence, but thankfully this is a savvier and smarter approach to such a story. Red Rover has less in common with the (500) Days of Summers and Garden States of the world, instead playing out like a lighter take on John Patrick Shanley’s cult curiosity Joe Versus the Volcano.

Although it would’ve been nice to see Belcourt embrace some of his story’s eclectic beats with a bit more panache, the filmmaker also keeps the tweeness and precociousness to an absolute bare minimum, making for a predictable, but consistently charming film. The humour is predominantly deadpan, emphasizing detachment and quiet frustration over easily telegraphed punchlines, and Belcourt has two perfect collaborators in Brunn and Gee, who strike just the right tone needed for the film to ultimately succeed. Some might find it a bit too precious, but I think it’s just right.

Red Rover screens at the Canadian Film Fest on Tuesday, March 19, 2019 at Scotiabank Theatre at 7:00pm.

Check out the trailer for Red Rover: