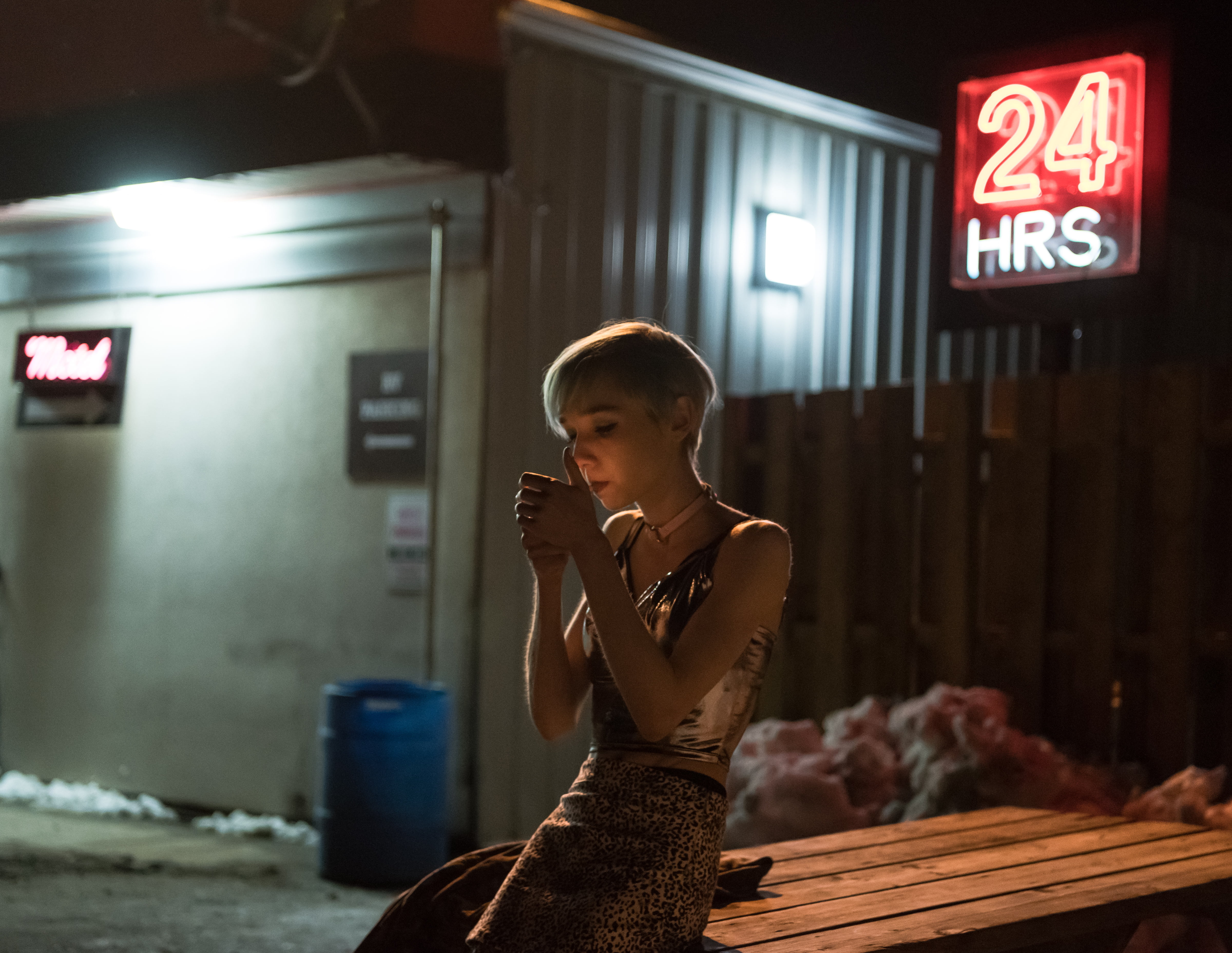 Although best known for for her prolific work as a documentarian, Rama Rau makes an assured and compelling foray into fictional feature filmmaking with the expertly written and performed Honey Bee, a stunning and heart wrenching look at a marginalized young woman.

Julia Sarah Stone stars as Natalie, a teenage prostitute struggling to adapt to life away from her pimp (Steven Love) after getting busted and sent to live with a foster family in Northern Ontario. Conditioned by a hard life and psychological manipulation to think that there’s nothing else she can do in life other than sex work, Natalie does everything in her power to rebel and escape from her current situation.

Anchored by Stone’s best performance to date as the caustic, but perceptive and often sympathetic Natalie, Honey Bee is a character drama that succeeds at every level. Rau’s documentary background lends an air of authenticity to the already serious subject matter, and the script she’s been given (courtesy of Bonnie Fairweather and Kathleen Hepburn) is outstanding. Moreover, Honey Bee never speaks down to Natalie’s experiences and feelings; eschewing moralizing and theorizing in favour of more complex and humane reactions. It’s depiction of a victim of grooming and psychological conditioning coming into their own and realizing their own self worth is positively revelatory.

Add in gorgeous cinematography from Steve Cosens and memorable supporting performances from Martha Plimpton and Michelle McLeod as Natalie’s foster mother and awkwardly chatty roommate, respectively, and Honey Bee emerges as what’s sure to be one of the best and most dramatically satisfying Canadian films of the year.

Check out the trailer for Honey Bee:

This review was originally published as part of our coverage of the 2019 Canadian Film Fest and has been update for the film’s theatrical release.