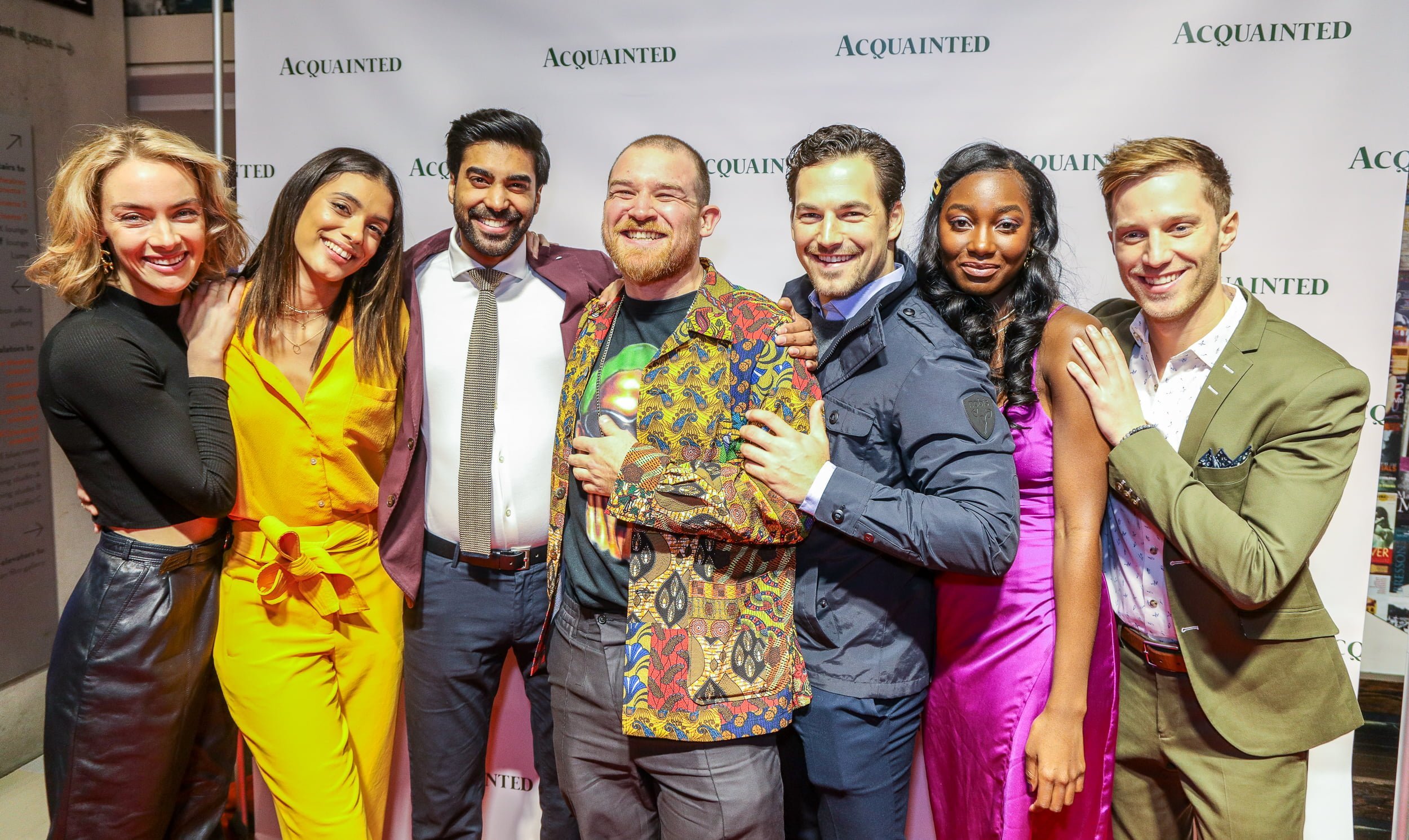 TIFF Bell Lightbox hosted a star-studded red carpet last Saturday for writer and director Natty Zavitz’s new feature film, Acquainted, and it was a home-grown affair from the cast to the production.

Acquainted features a Canadian cast of friends who have known each other for years, and their careers have taken them on to major film and television roles. That cast includes Giacomo Gianniotti, Laysla de Oliveira, Jonathan Keltz, Rachel Skarsten, Parveen Kaur, Raymond Ablack, and Mouna Traoré,

The film follows two former high school classmates– Drew (Gianniotti) and Emma (De Oliveira)–who run into each other and realize they still have a connection, but they’re also both in relationships. Despite that, Drew and Emma keep seeing other, risking everything for love.

Acquainted is semi-autobiographical as it’s based on Zavitz’s own experiences, offering a fresh look at marriage, love, and relationships.

I spoke with most of the cast on the red carpet, and they had glowing things to say about working with each other, Zavitz’s vision, and they also shared a few details about their other projects.

So who is Drew? “He’s experiencing an incredibly rare moment in his life,” Gianniotti said, “where he’s confronted with a huge decision between a woman that he’s built a life with, and a woman he’s met who’s making him feel all of those exciting feelings of that first love; butterflies and fireworks inside.”

The story takes a slightly different look at the relationships though.

“When I watched the film I was far more team Rachel’s character than mine,” De Oliveira said, “so I think that says a lot about our movie.”

Watch the video interviews below, and then head out to see Acquainted in Toronto and Vancouver this weekend.