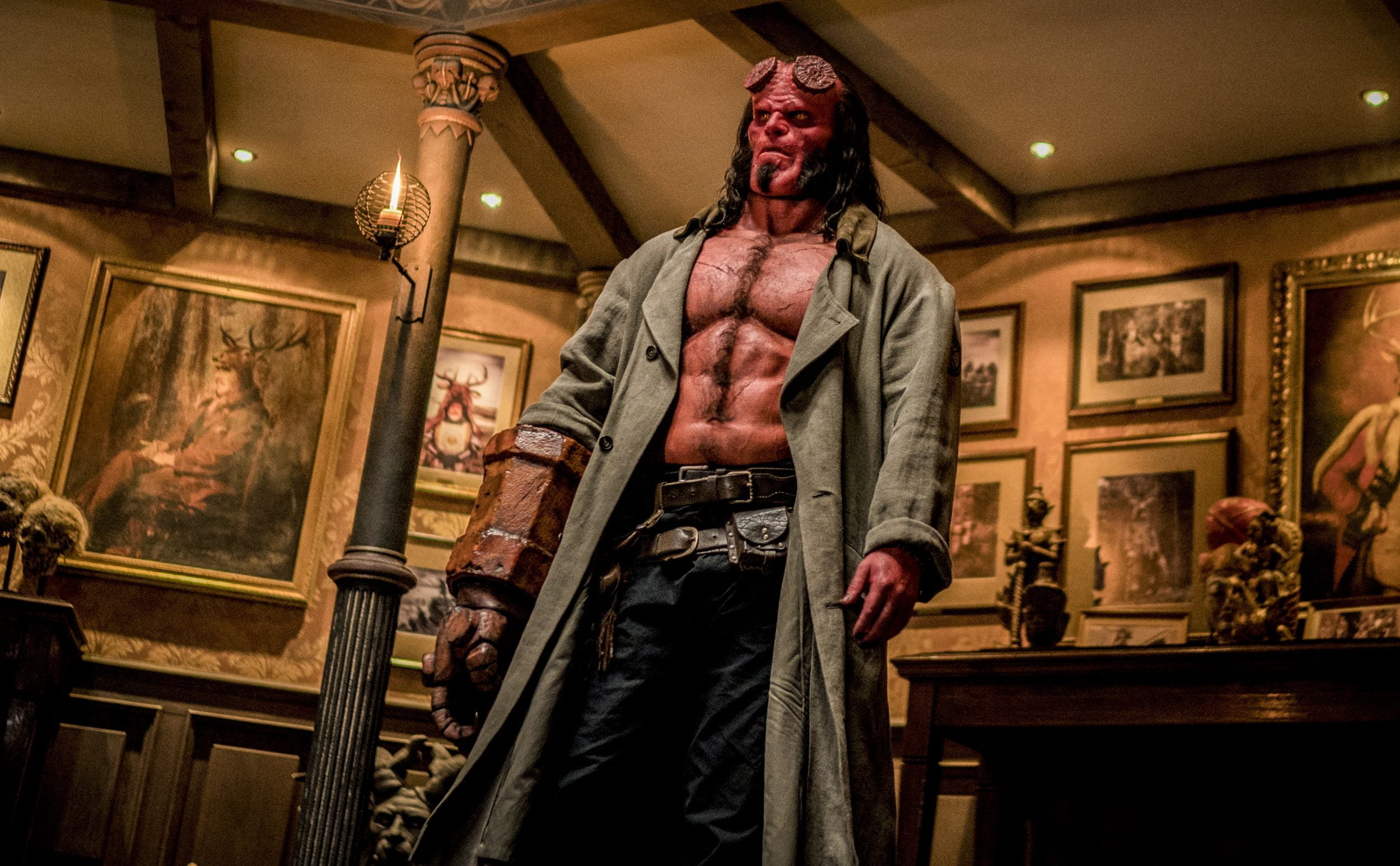 David Harbour and Milla Jovovich were in Toronto this week to talk about Hellboy, director Neil Marshall’s horror-infused reboot of the Dark Horse comic book series, and I had a blast talking to these two iconic stars.

Harbour plays the one and only Hellboy, a half-demon hero raised to protect humanity from supernatural forces, and an agent for the Bureau for Paranormal Research and Defense.

Hellboy is called into action to stop Nimue, played by Jovovich, a powerful witch who was dismembered in the time of King Arthur. If she’s brought back together, her plan is to unleash suffering on the world, and she may just have a plan for Hellboy in her schemes.

Playing Hellboy, the “boy” part stood out for Harbour, and he said, “I really did take that to heart.”

“I feel like it really is an identity struggle about a boy and his father, and about the definitions of himself that his father places on him; that the Blood Queen places on him, and him struggling to define himself.”

“I love the psychology of individuals of half-demons, of whatever. I love to explore all of those complex feelings and I felt like it was a movie where we could do that type of work because the story is rich. It really is mainly fun, but I also want people to feel the richness of it too.”

Watch the full interview with Harbour below, where he also talks about doing some of the action sequences, and the challenges of the suit, and one of the horror films that “ruined sleep” for him as a kid.

Plus, scroll down to watch my red carpet interview with Jovovich, who talked a little about playing Nimue, but also one of her favourite misunderstood villains. A character I said that I hope to see her play some day.