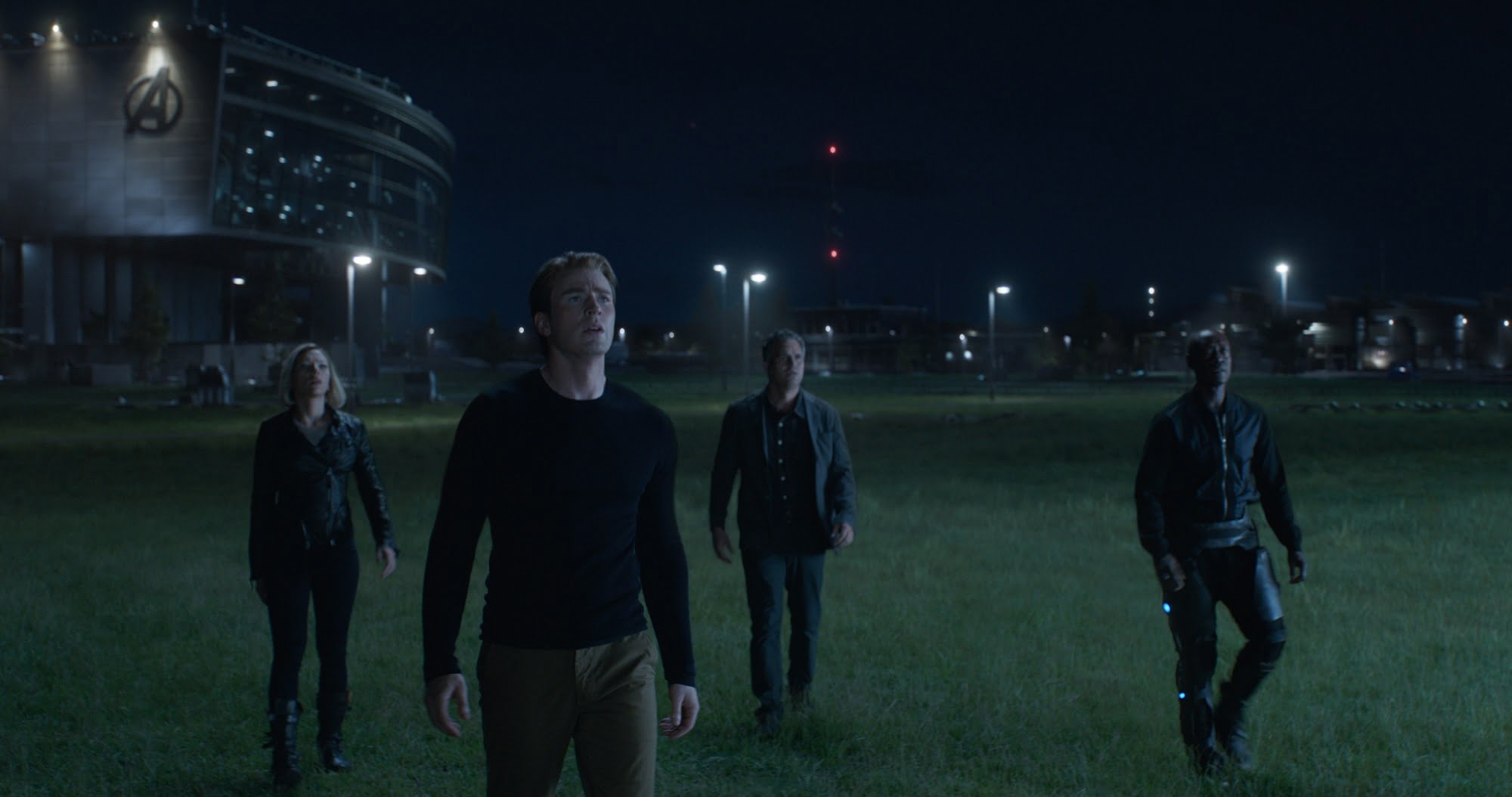 First off, there won’t be any spoilers in this forthcoming review of Marvel’s climactic epic Avengers: Endgame, the culmination of a decade long franchise that birthed some of the most successful films in the history of the medium. Don’t worry about it. While many in this profession would argue that refusing to get into specifics about a film and its numerous moving parts constitutes lazy criticism, I would argue that there are some things one can get across critically without blatantly ruining the experience for others. Whether I love or hate a film, I’ll always understand that some things are best left experienced without having them ruined. Also, this is an entertainment website, not an academic journal.

Besides, given the elephantine pre-sales for tickets to Avengers: Endgame and pop culture buzz so deafening that one could swear that the bees have regrouped and are looking for revenge over what humanity has done to nature, those specifics probably don’t matter. Avengers: Endgame is both exactly what one thinks it would be at this point and a slight step up from its vastly more downbeat predecessor, Infinity War. To a degree, it’s also a lot less overstuffed (if one could possibly believe that when Avengers: Endgame breaks the three hour running time mark for the first time in the franchise) and also more cluttered thanks to some choppy plotting. In short, if you loved the last one, you’ll eat this up like you’ve been given an all-you-can-eat pass to the county fair. If these sorts of superhero melee pictures leave you wishing for simpler times, the good news is that Avengers: Endgame signifies the end of them… for now… from Marvel.

It spoils nothing to say that Avengers: Endgame kicks off not too long after the ending of Infinity War, where the titular band of heroes has lost and the evil, Infinity Gauntlet wielding Thanos (Josh Brolin) has made half of all life in the universe disappear with a snap of his fingers. The shock of watching many of their friends, colleagues, and loved ones vanishing into thin air has caused the various members of The Avengers to cope with their failure in different ways. Some are distraught and make poor decisions. Some see chances for a new start. Some never give up hope that there’s a way to somehow reverse Thanos’ actions and return the vanished to their rightful place on earth. Some old friends reappear to help. Some new friends lend a hand.

None of this should come as any sort of surprise, but I can say that probably three-quarters of all internet theories about what happens in Avengers: Endgame are emphatically untrue, making this considerably less predictable than one might’ve feared, even though it does come with plenty of stock, CGI heavy action sequences that are still impressive, but par for the course by this time. 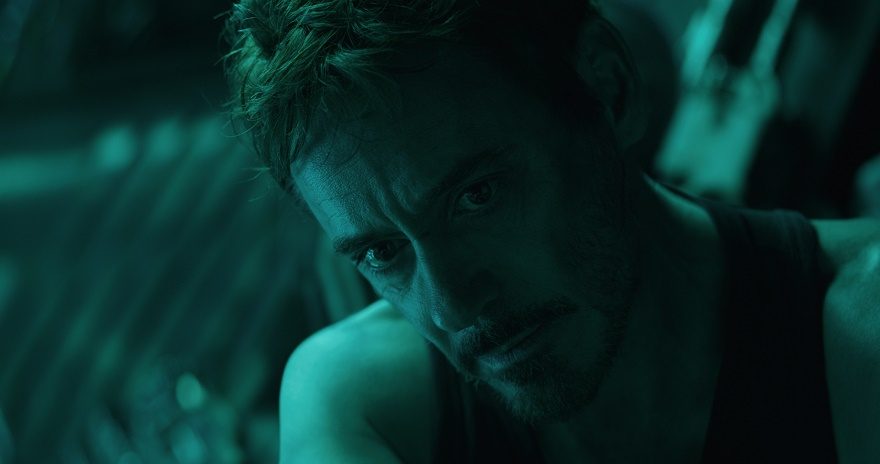 Avengers: Infinity War  wasn’t a lot of fun to sit through. That film was nearly three hours of plodding, laborious set-up, introducing characters to one another, grand speeches about bravery and togetherness, and a villain whining and moaning his way to power. In case you couldn’t tell, I didn’t like that film very much. It felt like the definition of a film that had too many cooks in the kitchen, whether the entire franchise had been building towards such moments or not. It was also resolutely downbeat and far too serious for its own good when it came to big budget popcorn entertainment. Avengers: Endgame mostly corrects the biggest problems that plagued its first half (even offering a few hilarious nods to how gigantic this enterprise has become), offering up something more cathartic and detail oriented for fans of each of the initial wave of Marvel characters. Surprisingly, if one were to tally up all of its myriad references and easter eggs, there’s probably a lot more connections to the stand-alone Marvel films than there are to The Avengers movies.

Returning directors Joe and Anthony Russo and screenwriters Christopher Markus and Stephen McFeely don’t waste time going over the past, launching straightaway into a considerably more lighthearted, but more convoluted plot. Avengers: Endgame, in many ways, is a heist movie where dangling threads throughout the Marvel Cinematic Universe start colliding with one another in delightfully bonkers ways that are too fun to spoil. The way they come together isn’t exactly great filmmaking, and there’s so much going on in the heroes’ fight to set things right that the plotting takes on a lot of (possibly intentional) holes. While Avengers: Endgame jettisons a whole lot of gravitas (but unfortunately none of its tough-talking, foreboding speeches, which arrive at the rate of one every ten minutes or so), the Russos more than make up for with a great sense of humour. The central two hours of Avengers: Endgame are a great deal of fun that’s on par with the Guardians of the Galaxy films and Thor: Ragnarok. If Infinity War was for those who like their superheroes on the dark and brooding side, Avengers: Endgame, quite refreshingly, is for those who go to these movies precisely to have a good time.

That renewed sense of good will, a continued dedication to visual quality, and the reliably great performances from the likes of Robert Downey Jr., Chris Evans, and Chris Hemsworth helps to keep Avengers: Endgame on the rails or at least reasonably close to them. There’s a lot of ground to cover in Avengers: Endgame if Marvel truly wants to hit their own reset button of sorts, which leads to a lot of all-too-convenient bits of plotting that serve are purposeful, but make little logical or narrative sense if one stops long enough to think about it. At times, it seems like Markus and McFeely’s script is just making things up as it goes along, which is fitting given the film’s chosen path for these characters, but also curiously off-putting when one realizes that not everything that they want to employ in this final chapter has been fully understood or paid close attention to. It’s annoying at times, but never enough to deplete the film’s renewed sense of energy or entertainment value.

It’s not as tight of a film as it could’ve been, but as three hours of dopamine packed payoff goes, Avengers: Endgame certainly has its charms. It’s a worthy bookend to an ambitious cycle of interlocking blockbusters, credible fan service, and far and away the best film to have Avengers in the title. I prattled on for a bit there and danced around a lot of things, but if you made it this far into the review, thanks for sticking around this long when the two previous sentences would’ve summed things up nicely on their own.

Check out the trailer for Avengers: Endgame: